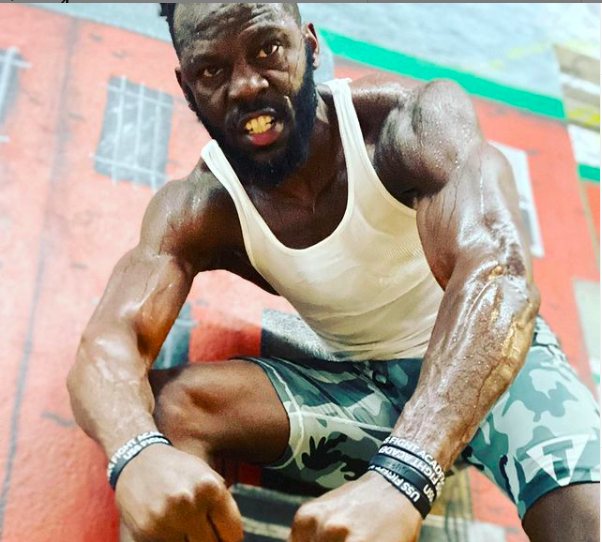 Steve Cunningham showed the same persistence and grit that he used to get away from the mean streets of Philadelphia to become a two-time IBF cruiserweight titleholder in the late 2000s/early 2010s.

Cunningham was born in Philadelphia, the middle child of three, on July 15, 1976.

“It was tough but growing up in that you didn’t know any other way,” Cunningham told The Ring. “In the late 80s, when crack cocaine really hit the city, that’s when teenagers were selling drugs, walking with guns. A lot of our friends got murdered. I got stuck up a few times, drive by shootings, houses being shot up – it was crazy but crazy was our normal.”

When Cunningham was 9-years-old his parents separated and his life changed.

“We started moving to different neighborhoods every other year and I would get into a fight and get bullied and fight back,” he recalled. “That’s when I found out I can fight. Anybody who messed with me, I would be happy because I got a chance to fight.” 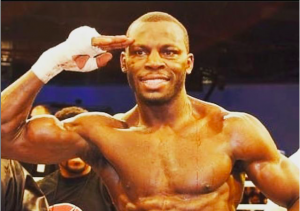 When he was 16, he began training at 25th and Master Street, the same gym that spawned David Reid. However, he didn’t have a positive first experience and he ended up going in a different direction.

Cunningham was a talented artist and graduated from high school, majoring in art, in 1994. He due to attend an art institute in New York but didn’t fill in the paperwork correctly. After missing out, he decided to enlist the Navy in the fall of 1994. He went on to serve four years, which included being deployed in Iraq in 1996.

It was during that time that Cunningham, who was an aircraft re-fueller, tried boxing again. In his first amateur fight, he beat the Navy light heavy champion, which inspired him to focus more of his attention into boxing.

Cunningham won the 1998 Golden Gloves and decided to discharge himself and pursue his Olympic dream. He initially based himself in Atlanta, where he worked several jobs at the airport while allowing him to continue his amateur career. Cunningham, who had 55 amateur fights, lost in the Eastern Olympic qualifiers.

Cunningham returned to America and faced talented but ill-disciplined Guillermo Jones in April 2005.

“That was a tough one,” said Cunningham, who won a 10-round split decision. “It was a tactical, tricky fight but I edged him out because I was in such good condition and the will to win.”

“The promoter did so many things to make us uncomfortable,” explained Cunningham, who lost a highly contentious 12-round split decision. “The room was so small, it was the size of a closet, we didn’t have a proper gym to workout in, then they switched the gloves. They switched judges, the German judge for another German judge that the promoter was cool with, there was the American judge, who I didn’t know, who gave me 11 out of the 12 rounds. Of course, the Polish and German judges gave Wlodarczyk the majority of the rounds.”

After the fight there was no drugs test, Cunningham said, and per IBF rules the two were ordered to meet a second time.

“We exercised our right and got an immediate rematch and we went back [to Poland],” he said. “Now everything was different, I switched manager and trainer. Now my wife is my manager, which really helped out a lot. Now we have a little more control.

“I beat Kryzsztof [by 12-round majority decision], I was angry but I was under control. I was mad they cheated me in my first fight. It vindicated me to myself.”

Cunningham made his first defense against rising star Marco Huck in Bielefeld, Germany, in late December 2007.

“Every time we went overseas, we already knew they had a judge on the pocket,” he said. “Marco Huck was a good fighter, who was supposed to be the future of the cruiserweight division. Everybody wrote me off. We felt if I beat him, it could be a replay of the first Polish fight, they had a lot behind Marco Huck.

“We trained extra hard, the goal was to outbox him and outsmart him, let him make the mistakes. He came on in the first couple of rounds but after the third and fourth rounds, I started pulling away because I figured him out. I utilized the ring movement and then get in his head, it started becoming a beating and we got the stoppage [in Round 12]. That is my most memorable victory in boxing.”

Cunningham dropped his title to Tomasz Adamek, which was also for the vacant Ring 200-pound title, in a barn burner in December 2008. Cunningham was down in Round 2, 4 and 8. It proved costly on the scorecards as he lost a 12-round split decision.

He hoped the exciting nature of the contest would lead to a rematch but he says Adamek wasn’t so keen. To force the issue, he beat former WBC titleholder Wayne Braithwaite (UD 12).

When Adamek abdicated his throne to move up to heavyweight, Cunningham, who had signed promotional forms with Sauerland Event, beat Canadian Troy Ross (TKO 5) in Germany for the vacant IBF title in June 2010.

After one defense Cunningham lost his title to German-based Cuban Yoan Pablo Hernandez by six-round technical decision in October 2011.

“I felt I was the best cruiserweight and I could beat every cruiserweight in the world,” he said matter of factly. “We signed with the German promoter, knowing they wanted to rob us.”

Cunningham lost a rematch (UD 12) which led to him deciding to embark on a heavyweight run. He tested the waters with a win over Jason Gavern (UD 10) before losing a razor thin decision to old rival Adamek (SD 12).

He felt like he needed to create his own path and got into it with Tyson Fury on Twitter.

“He needs a fight, I want to fight a big guy, to show the world I can fight a big guy,” he said. “It was me saying, I can contest with the big guys. Even though I lost, I still made a big name for myself in that fight due to what Fury did after, it solidified who I was, people said, ‘Cunningham gave this dude hell and this dude is the best heavyweight.'” 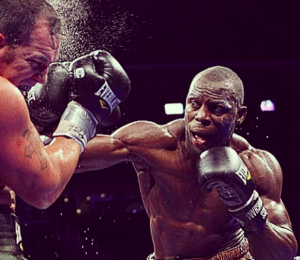 Cunningham won three wins, including an off the canvas shootout with previously unbeaten Amir Mansour (UD 10) but dropped a decision at heavyweight to Vyacheslav Glazkov (UD 12) and drew with Antonio Tarver (D 12).

He made one last title run at cruiserweight against WBO kingpin Kryzsztof Glowacki, dropping a 12-round unanimous decision. He last fought on the undercard of Floyd Mayweather vs. Conor McGregor, losing to Andrew Tabiti (UD 10) in August 2017.

Cunningham (29-9-1, 13 knockouts) will return to action against MMA veteran Frank Mir on Saturday.

Cunningham, now 44, is married to Liv, the couple have four children. The family moved to Pittsburgh because their daughter had a heart transplant. Two of their sons, Steve Jr. and Cruz, are young amateur boxers. Cunningham owns a gym, USS Fight Academy and is still deeply involved in art. He has a comic label, USS Comics, in which he is a superhero and former opponents are the villains.

Guillermo Jones: His height and experience, he knew how to use it. It was tricky for me to get around that. We found ways to get in and work. He had very good range and speed on it.

Antonio Tarver: Tarver was really slick; it was hard for me to just go in and land a shot. I had to work and set him up because he’s such and experienced guy. There were a few shots I landed but the way he fought was really calculated, he’s setting you up and make you not want to go for too many shots. My thing was to overwhelm him punches and land at least one out of four.

Yoan Pablo Hernandez: His handspeed was pretty good. It was his combinations; he threw them very fast. You didn’t know what combination he was going to throw.

Andrew Tabiti: After I landed a good right hand on him in the first round, he didn’t want to engage, he knew how to stay away. He knew how to slip and grab. His whole thing was to be elusive and not to engage.

Tarver: Yoan Pablo Hernandez was very smart. That Cuban school of boxing. He was smart, setting me up, he shoots when I shot. Him and Tarver were smart, they were both southpaws. I put them both on the same level. Tarver with his experience and the way he fights. They set you up with shots. People fail to realize, they think Tarver’s old, you should wipe him out, no, Tarver’s a legend, you never just go in there and wipe him out, I don’t care who you are. I’d say Tarver.

Tarver: I hit Tarver with some good shots, they didn’t wobble him.

Amir Mansour: My goodness, that guy had power. It was just crazy. He bet the house on every punch. Every punch he threw it was a knockout punch, so if anyone lands, you’re going to feel it. He knocked me down twice in that fight, the second knockdown really hurt me.

Tarver: Hernandez or Tarver because of their skillset. Hernandez being a Cuban southpaw from that education, it’s unpredictable combinations, you don’t know what they’re going to do. Their movement is different. Tarver is slick, he’s methodical, he’ll let you make mistakes and capitalize on that mistake. He caught me with a couple of big shots in our fights and I was like damn, I didn’t see that set up. I’d say Hernandez.

Jones: He switched southpaw, he could knock you out or outbox you. His height, range and experience. He made you think. In our fight Fury wasn’t all that, that’s why I didn’t pick him. Afterwards, yes, Fury is the full package, he has the jab, movement, power, defense. If you look at what Fury did after, it solidified who I was. His trainer, Peter Fury, wanted me in camp, which is very smart in order to get over that big punch, my speed and movement. His team saw in victory where they had made mistakes and they were conscious enough to fix it and that’s what makes Fury great, they’re evolving to be better all the time. He’s always learning, to be that tall and athletic is very dangerous for a man. He moves around like a middleweight.

YOU MAY HAVE MISSED: Read up on Steve Cunningham vs. Frank Mir.