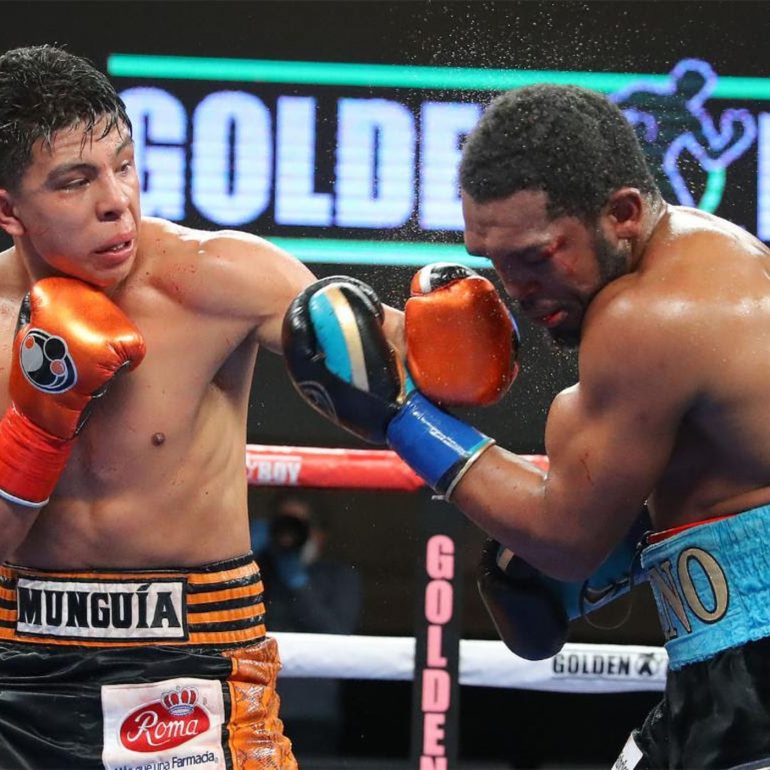 The middleweight bout between Jaime Munguia and D’mitrius Ballard has been postponed due to an injury to Ballard, Golden Boy Promotions’ matchmaker Robert Diaz confirmed to The Ring.

The postponement is the latest obstacle facing Munguia, who was initially scheduled to face Polish contender Maciej Sulecki on April 23 at the Don Haskins Center in El Paso, Texas before Sulecki withdrew with an injury. Golden Boy Promotions, which promotes both fighters, sought to keep the same date and venue before Ballard also came up with an injury.

“Waiting for a new date,” Diaz texted The Ring. The fight was to be broadcast live as the main event of a card on DAZN. Diaz did not specify the nature of the injury, or whether Ballard would remain the opponent for the new date, but said that further information will be made public in a press statement.

The news was first reported by Mike Coppinger.

Munguia (36-0, 29 knockouts) of Tijuana, Mexico is aiming for his third straight win at 160 pounds after reigning as the WBO junior middleweight titleholder. The 24-year-old was last in the ring last October, stopping Tureano Johnson after six rounds due to a grotesque lip injury.

Munguia is the no. 9 rated middleweight by The Ring’s rankings.