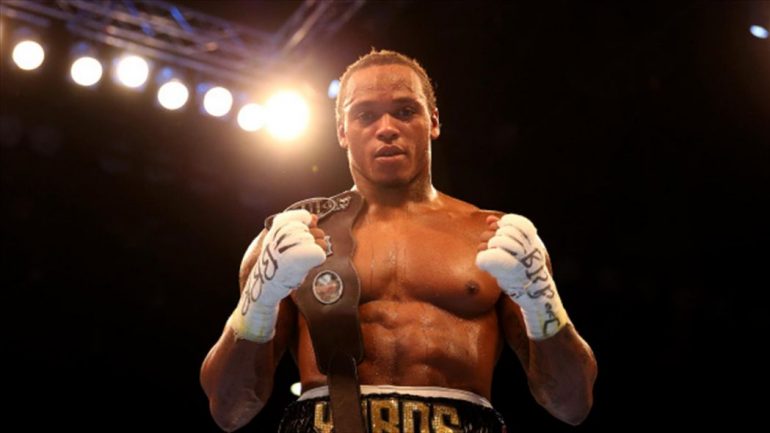 KO KING Anthony Yarde aims to be back with bang when he meets unbeaten German Emin Atra in London on Saturday April 24.

The Ilford man last boxed in December when he was outpointed by Commonwealth Light-Heavyweight champion Lyndon Arthur over 12 rounds.

Their promoter Frank Warren is targeting a rematch later in 2021, but Yarde must impress against Atra (17-0, 12 KOs) in a ten rounder, live on BT Sport.

Yarde (20-2, 19 KOs) who came close to toppling then WBO World champion Sergey Kovalev in August 2019 said: “I am just looking forward to getting back in action and blowing away the cobwebs

“It has been a bit of a rollercoaster personal and business wise, but I am getting back and right now I feel very good. Things are going well.

“I wanted the rematch with Lyndon immediately, but it didn’t work out that way. There is still a rematch clause, but for now I need to stay active.

“I gave myself time to sit back, analyse and look through everything that has happened. It is about re-assessing everything and getting myself back out there.”

Yarde, 29, is keeping schtum on changes he has made since the Arthur setback, but vowed that he will be going for the KO against Atra and Arthur when they do meet again in the anticipated return.

“I have watched the Lyndon fight five times. I still have myself winning, but a lot closer than when I was actually in the ring,” admitted Yarde.

“I am inexperienced but that has taught me my method in boxing is to knock people out and not prove I can go rounds.

“When you’re in there things seem to be going a certain type of way. I kind of think Lyndon’s response in our exchange after the fight showed us both who he thought won the fight.

“Afterwards he said he said he thought it was close. In there, I thought I won clearly and one judge had it wide. When I actually watched it again it was closer than I thought.

“The next day I was over the Lyndon fight. I am not a person who holds onto things, especially as it’s something you can’t change.

“That wasn’t the right result or the best result on the night for myself or performance.

“Things happen at certain stages to remind you, what you’re meant to be doing and your purpose in the sport.

“I have changed a lot. I am going to hold back saying what I’ve changed. There are things what have been changed, but I want to lock things in first and make sure I’m happy before I make any announcements.”

Yarde, 29, who is still highly ranked by the IBF, WBC and WBO could also be on a collision course with another British former World Light-Heavyweight title challenger, Callum Johnson.

The Boston man recently returned to Warren’s stable and is also in action alongside Yarde on the big behind closed doors show at York Hall, Bethnal Green.

“Although I only focus on myself that is potential fight like any Light-Heavyweight in the division is,” says Ilford’s Yarde.

Heading the bill is Battersea’s Denzel Bentley (14-0-1, 12 KOs) who makes the first defence of his British Middleweight title against mandatory contender Felix Cash (13-0, 9 KOs) whose Commonwealth crown is also on the line.

Some of the best prospects in the Queensberry stable are also on show including London Heavyweight banger David Adeleye (5-0, 5 KOs) who boxes a six rounder.