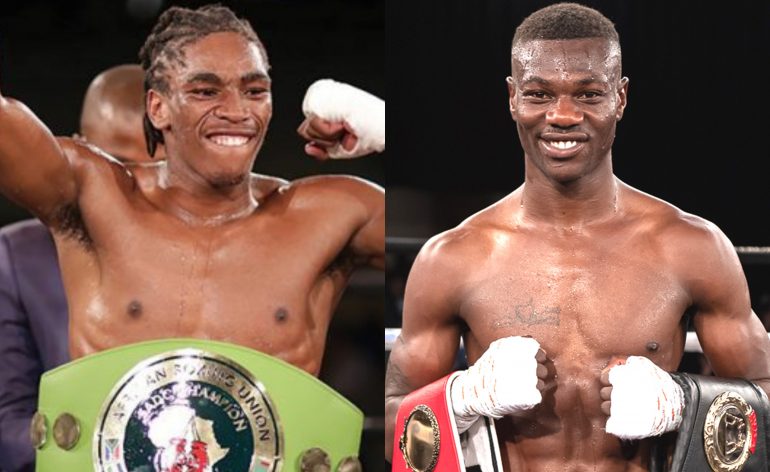 News reached The Ring that Thulani Mbenge and Jabulani Makhense will clash in an intriguing all-South African welterweight bout at Emperors Palace in Johannesburg, South Africa in July.

Rodney Berman of Golden Gloves, who will promote the show, says the precise fight date is contingent upon when the public will be allowed to attend events.

However, the venerable promoter is excited at the prospect of two of his top fighters meeting.

“Nothing enthuses boxing fans more than great local matchups and this is certainly one of the best domestic welterweight bouts ever in South Africa,” Berman exclusively told The Ring.

“Two outstanding young fighters, neither having yet reached their full potential, and both with exciting international careers ahead of them.”

Mbenge (17-1, 13 knockouts) was a standout amateur. He represented his country at the 2011 World Championships and took bronze at the 2014 Commonwealth Games. After turning professional in 2015, Mbenge won the national title before moving into international class. He holds wins over solid fringe contender Diego Cruz (UD 12), long-time welterweight contender Diego Chaves (TKO 7) and former IBF lightweight titlist Miguel Vazquez (RTD 9). The 29-year-old lost a contentious 12-round decision to Sebastian Formella (UD 12) in Germany but has rebounded with two wins.

Makhense (11-0, 5 KOs) turned professional in December 2016. He had success at junior welterweight but has moved up to 147 pounds and scored two wins, the most recent of which was a 10-round unanimous decision over Mardochee Kuvesa Katembo in December.