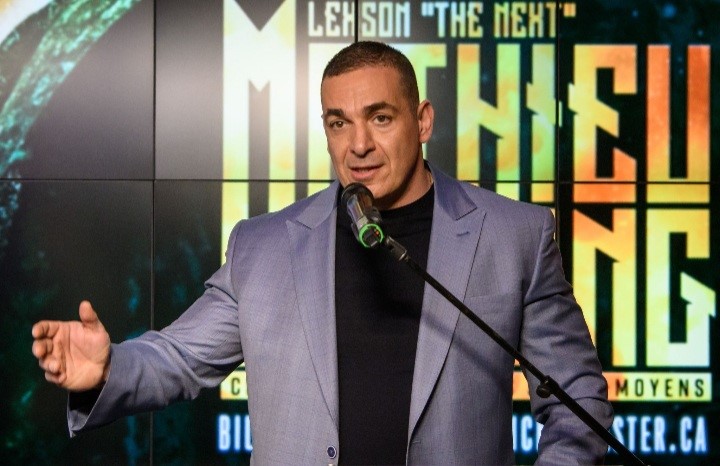 The COVID-19 pandemic has drastically changed the landscape of many businesses and affected all of us in one way or another.

However, while many in the boxing world waited for opportunities to come to them, Camille Estephan, of Eye of The Tiger Promotions, and Cameron and Joe Dunkin, of D&D Boxing, have been proactive and formed a union that they believe will strengthen their position in the sport.

“Camille and I were introduced by a mutual friend,” Dunkin exclusively told The Ring. “We knew of each other and had briefly met. I’d always heard good things about Camille, but we had never worked together.

“We had a great chat and realized we have a common goal. Things began to move forward and we have been able to strike up a deal to work together on different fighters, and we will also do shows together. I’m very excited about joining forces.”

To further solidify their union, the new partners have teamed up to sign former amateur standouts Samuel Arnold, a big punching welterweight, and twin brothers Angel and Antonio Perez. Angel will fight at junior welterweight and Antonio will operate at lightweight.

“I really feel with Cameron’s know how and eye for talent along with what we bring to the table – an excellent stable, great infrastructure and innovation – we can become a much stronger entity,” said Estephan.

“Right now, you have Top Rank, Golden Boy and PBC. I believe that we can join them at the top of boxing with the moves we are making. The signing of Arnold and the Perez twins shows our commitment to the cause. All three have vast potential. We will keep them all very busy and [they’ll] be stars of tomorrow.”

This Dunkin and Estephan alliance will keep fighters active on a multitude of shows in America, Canada and Mexico.

“We have built something really good in Canada,” said Estephan. “With Covid the way it is, we had to do some shows in Mexico. That helped keep some of our stable active. Now we can also do shows in America, which will increase the opportunities and allow us to create new fan bases.”