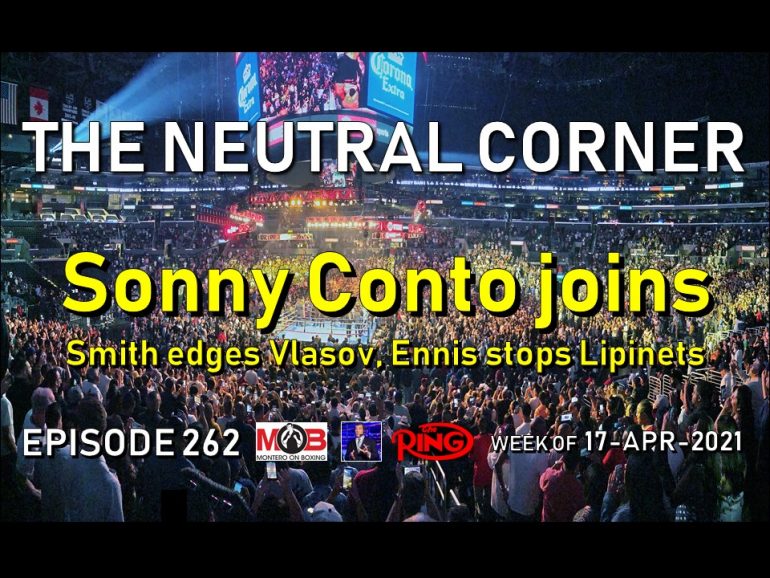 The Philadelphia native improved to 7-0 (6 knockouts) with a highlight-reel knockout on the Smith-Vlasov undercard Saturday night in Tulsa, Oklahoma. Less than 48 hours after the KO1 win, Conto was already back in the gym preparing for his next fight.

“I’m back in Philly and I did a run this morning,” he told RingTV. “I’m right back into the groove. I’m actually going to hit the gym right after this interview.”

Conto weighed 230-pounds for his fight last Saturday, a dozen pounds heavier than his previous career-high weight. He says that was by design. 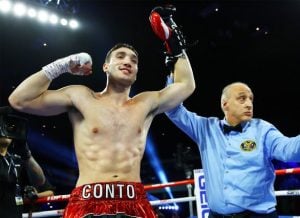 “I started my professional career around 214-pounds,” he said. “This new generation of heavyweights are bigger. It’s been our goal to put on weight with strength and conditioning training, and extra meals. I was comfortable at 230, I think I can gain another five or even ten more pounds. I have the frame for it.”

The 25 year-old Italian-American is part of recent Philadelphia boxing resurgence, with several young boxers currently working their way up through the ranks. Once such fighter is Jaron “Boots” Ennis, who scored a KO6 win over battle-tested veteran Sergey Lipinets last weekend in Connecticut.

“Jaron had a great performance Saturday night, he’s definitely ready for a world class opponent. I’m with him 100% of the way, I believe in him. He’s naturally gifted.”

“Philly is coming back and we’re coming back hard. Stephen Fulton is a world champion from Philly. We got Boots, we got Julian Williams, we got Bryant Jennings fighting for the bridgerweight world title (against Oscar Rivas in June).” 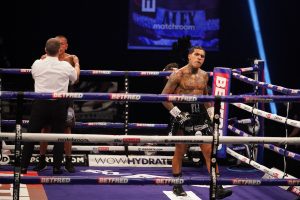 On Saturday April 10 in London, Conor Benn only needed one round to stop Samuel Vargas in a Matchroom Boxing headliner. On the undercard, Shannon Courtenay and Savannah Marshall also scored wins in title bouts. The card was broadcast on DAZN.

Later that night in the United States, Ennis dominated Lipinets to headline a PBC on Showtime card. The Kazakhstan native had never been stopped previously. Eimantas Stanionis and Jerwin Ancajas also won 12-round decisions on the undercard.

In Tulsa, Oklahoma, Joe Smith Jr and Maxim Vlasov fought for a vacant light heavyweight title in a Top Rank on ESPN main event. This fight more than lived up to the hype, with heavy two-way action and momentum swings throughout. In the end, Smith edged it on the scorecards to get the majority decision win and claim his first world title. Fans and media were split on the decision, with many feeling that the Russian had done enough to win.