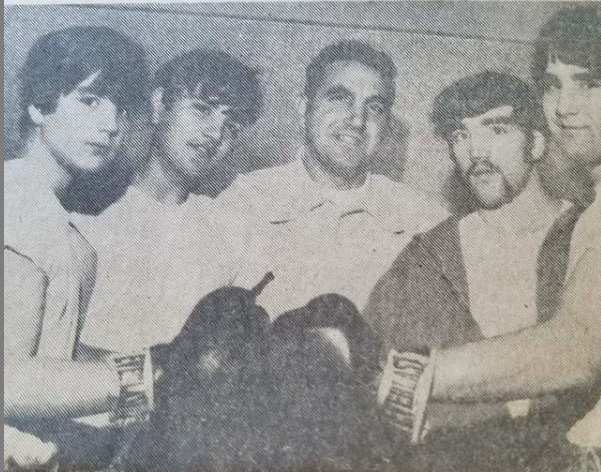 How’s this for an example of what a decent guy Joe Smith is, and trainer Jerry Capobianco is, too.

On Saturday night, the light heavyweight Smith out-hustled Maxim Vlasov in rounds 11 and 12 of their light heavyweight clash, for the WBO crown, and that won the fight for the New Yorker. After the fight, Smith gave Jerry the strap he won, to savor over-night, as a gesture of respect for his dedication to the mission.

“He gave it to me for the night,” Jerry Cap told me on Monday. “But I didn’t sleep. Joe was quiet, he was with his wife. My family was there, my brother John, and Phil (co-manager with Phil), we took pictures with the belt. It meant a lot to John to hold it. Our dream was to win it, to share it as a family, so we partied with the belt. At 4 AM, I banged on the door of his hotel room, he was up. I gave it to him.”

So Jerry chilled with the strap, but didn’t sleep with it, in other words. 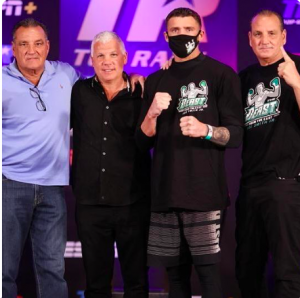 Phil Capobianco, promoter Joe DeGuardia, Joe Smith and Jerry Capobianco all deserved to take several bows after the WBO title win on Saturday, because the travel to the title wasn’t easy.

And on Monday, you could still hear him smiling, even though the “real world” would soon be re-intruding, because he’d have to be back to work, on a construction site as a foreman, Tuesday at 7 AM. Because the road had been long, and it wouldn’t be boxing if there hadn’t been potholes galore to test Smith and company, and dust kicking up along the way.

On Monday, I pestered Jerry for tidbits that could now be told, after the fact. He had one.

“The setup for the arena in Tulsa was great, the hotel was clean, but yeah, it was hard to get a coffee. There was a 75 percent chance they’d be out of something. And there was one restaurant, but it had bar food. It was hard to get good stuff to eat, except when Top Rank accomodated. The restaurant had burgers, fries, fried stuff, and Joe had to make weight. That was the only hard part, I can’t complain,” he said.

Most of you reading this know that this fight with Vlasov had been scheduled before, but the Russian tested positive for Covid and the Smith-Vlasov bout went up in smoke two days before they were to clash Feb. 13. Joe had planned in his head, he was going to whup Vlasov, and then get married and have a relaxed and epic honeymoon trip as a reward. Instead, the fight got reset, and he got married, but had to skip wedding cake, because he needed to stay slim for the re-made faceoff.

After Covid wrecked the plans for the first date, all the Smith team was double extra careful with anti-Covid efforting. “I got tested every ten days, my own private guy, my whole family did, at work I stayed away from everybody, the whole team was careful,” Jerry shared.

And the bout itself, it’s a good thing he didn’t bulk up and have to cut down too much, because the Russian showed skills and heart galore on ESPN. “It was definitely a roller coaster,” Jerry told RING.

“The first round Joe was cut, right off the bat. And Vlasov did some things, but Joe made a couple adjustments, and he beat the hell out of him some. Then Vlasov came on. Then Joe was super strong again, and I thought, ‘We’re gonna get it.’ But around round eight and nine, I was worried. Then in the ninth, or tenth, I told Joe, ‘Listen, we’re here to win this belt, don’t worry wear it lands, fight.’ And all of a sudden, it turned, a beat up looking Joe came back!”

Jerry Cap watched the fight a few times since he got back to the Island, and yes, he thinks no doubt, Joe won. “As we were waiting for the decision, I was praying that the judges saw it the way I thought it shoulda went. For me, Joe pulled it out the last two rounds.”

I told Jerry that during the fight, I was talking to the TV. “Body, Joe, settle the Russian down, go to the body.”

So weird, Smith didn’t hear me through the tube…

But it turns out Jerry and brother Phil in the corner were indeed recommending body work to the 31 year old, who was a construction laborer before opening a tree servicing biz, with his dad. 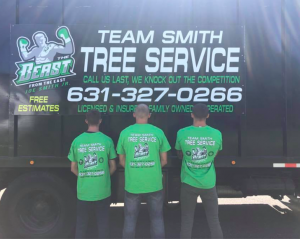 They both respected Vlasov’s skill set, though, and knew that Joe had to jab his way in, to close the gap, to get to the body, and Vlasov wasn’t making it close to easy to target his torso. “Man, I dont think Artur Beterbiev coulda taken the punches that Vlasov did,” Jerry continued. “I don’t think anyone in the division could have, Bivol couldn’t have taken those shots Joe landed.”

And, I continued, I was curious, why did Joe have an extra gallon in reserve, that Vlasov didn’t. Was it all the sprint work?

“Nope, that’s Joe’s mind,” Jerry said. “That was from no amount of training. There was a choice, he made the choice he wasn’t losing. All of a sudden, he was refusing to lose. He did what maybe one out of every ten thousand fighters could have done, the last two rounds.”

For the record, Joe and his bride Kelly get that honeymoon now. By Thursday, they will be cavorting at a Sandals, Jerry said. The trainer would be getting his vaccine shot the next day, so he was looking forward to that. Maybe, he said, he’d go down to Florida to get some relax time after that, brother John, who was in Tulsa, lives in Florida. Brother Kevin, also, is a transplant, in Fla. “He was a good amateur fighter, he was in the finals of the Gloves in ’74, but he had a car accident. He was the toughest, he’s the scariest one of us all!” And he also had a stint driving the Zamboni at Islanders games, too.

We kept coming back to family, it has been apparent and was made more so after the win, that this feat by Smith is a most proud occasion for a whole batch of people, beyond the obvious principals.

While thinking about family, and sharing more specifics about the tree, Jerry spoke of extended family. “We got words of wisdom from Tommy Gallagher, before we left. ‘Attack the body, just punch,’ the OG from Queens told the fighting pride of Mastic. “We got a call from him, the day of the weigh in, and I was thinkin,’ the only thing that’s missing is Tommy Gallagher.”

Tommy’s had back problems, so traveling wasn’t on his to do list. He watched the bout from his home in Howard Beach, Queens, NY.

“The key for Joe, going in, is to relax, he had to stop throwing those looping punches trying for the KO,” he said on a Tuesday phone chat. “Now, look, he’s champion of the world, he’s gonna fight for a trillion dollars. The two superstars here are Jerry and Phil, they’ve done everything,” Tommy said. “Now, the first time I saw him, I thought he had great potential. Then, in his seventh pro fight, he got his jaw broke (by Eddie Caminero at the Aviator in Brooklyn in 2010). And he didn’t wanna stop.”

We chatted more, and who knows how many of his old fighters Tommy thought about. David Sears, did I remember him? The guys who had the talent but didn’t get the breaks, or lost focus right near a fruitful finish line. “And now, you can never take this away from you. And he woulda never got this shot, if it weren’t for Jerry and Phil’s help. Yeah, I was real happy for them. I was impressed.”

All of us were, and I dare say most of those people are curious as to what’s next for Joe, after Sandals.

What’s maybe next? “Maybe Beterbiev…but everything has to be right,” said Jerry Capobianco in closing. “It’s time for things to pay off for him. I feel we would sell Madison Square Garden out.”