Women’s Ratings update: Marshall jumps to No. 1 at middleweight 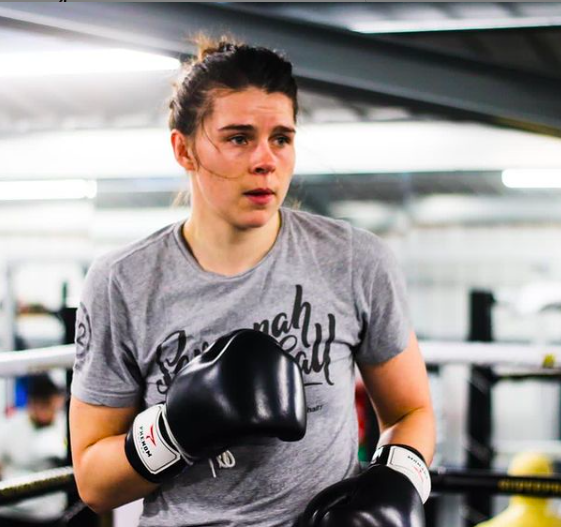 For years, Savannah Marshall has been seen as the only blemish on Claressa Shield’s otherwise immaculate record, both amateur and professional. As many and as great as her other achievements have been, it has been more common to see Marshall’s name mentioned as Shield’s ultimate roadblock to greatness as it has been to see her being praised for her own greatness.

This past Saturday, April 10, Marshall improved to 10-0 with 8 KOs after demolishing the previously never stopped Maria Lindberg in only three rounds, defending her WBO 160-pound trinket and renewing calls for one of the most anticipated matchups in the history of female boxing – at least in social media.

The Ring’s women’s boxing panel was happy to nudge both combatants towards their long-awaited day of reckoning with an enticing new position for Marshall, by unanimously voting her as the new No. 1 fighter at middleweight (she also remains ranked at No. 5 at super middleweight) after this win, and also after voicing her commitment to stay in the division and try to lure Shields towards a possible fight for all the titles and bragging rights left to be disputed among them.

Including, obviously, the fabled Ring belt currently in the hands of Shields.

“Marshall is a powerful boxer who has been giving good performances,” said Yesica Palmetta, a panelist from Argentina. “This new triumph deserves a change of position. Although Lindberg had been out of the ring for some time (since 2019) she did not make it easy for Marshall, who knew how to resolve the fight with strength.”

“Her opponent looked scared after the first round,” said panelist Lupi Gutierrez-Beagle. “Although (she was) not on the same level, Marshall’s skills are beautiful.”

Marshall’s two-position sommersault was aided by No. 2 Tori Nelson’s inactivity and by the now former No. 1 Christina Hammer’s slightly lesser level of opposition and activity when compared with the fast-rising Marshall.

Both of them drop one spot in the rankings to make room for Marshall at the top.

Shannon Courtenay’s hotly disputed win over Ebanie Bridges was also considered, although not enough votes were gathered to promote Courtenay into the Top 5 of the stacked bantamweight division at the moment.