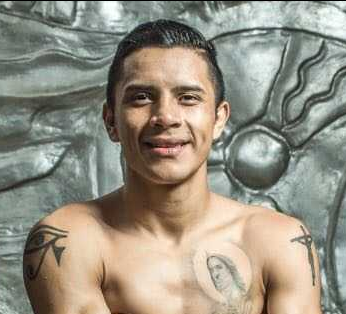 Jonathan Rodriguez may be the significant underdog going into his fight against Jerwin Ancajas of the Philippines, but aside from the work he put in the gym during training camp, Rodriguez is motivated to win by family and upset victories this year by fellow countrymen.

Rodriguez also believes a win would lead to high-profile fights against the best in the division.

Sounds like a fighter with a lot to gain and little to lose as Rodriguez will face Ancajas Saturday night at the Mohegan Sun Casino in Uncasville, Connecticut. The 12-round bout will air live on Showtime (9 p.m. ET/ 6 p.m. PT) and will precede the main event bout between welterweights Jaron Ennis and Sergey Lipinets.

Rodriguez (22-1, 16 knockouts) will take a major step-up in opposition when he squares off against Ancajas, who owns the IBF junior bantamweight title. Saturday will mark a first for Rodriguez, who is the longtime mandatory challenger, on a handful of fronts, including fighting for a world title belt and fighting in the United States after having fought all of his fights in Mexico.

In his last bout on December 4, Rodriguez knocked out former world strawweight title challenger Julian Yedras in the opening round. He has won his last six bouts, five by knockout, since losing by split-decision to Jose Estrada Garcia in March 2018.

The loss to Estrada was a turning point and a wake-up call for Rodriguez to take his career more seriously.

“That loss made me realize I lacked discipline up to that point,” Rodriguez told The Ring earlier this week. “I had to mature more as a fighter. The loss made me focused more on my career and what I needed to do, in and out of the ring. I have a family and kids, so that was another motivating factor for me as well.

“I have my wife, my son, and daughter, who was just born last week, and my parents. My brothers and sisters are also there for me. After that loss, I said to myself I have to work hard in the gym for them. They motivate me, emotionally and mentally.”

Ancajas (32-1-2, 22 KOs) has not fought since December 2019, when he knocked out Miguel Gonzalez in round 6. The victory over Gonzalez was Ancajas’ eighth successful defense of the IBF title he won September 2016.

Despite being the overwhelming underdog, Rodriguez believes he can adapt to any style the Filipino southpaw will bring to the ring. He is also confident being more active in the ring as of late may play an important role.

“It depends on what Ancajas brings to the ring, but I can adapt to any style Saturday night,” said Rodriguez, who resides in San Luis Potosi, Mexico. “I am confident I can outbox him. I can counter him as well.

“Preparing for and fighting on December 4 helped me stay sharp. I needed that to stay focused because I knew a fight with Ancajas was going to happen as his mandatory. I’m prepared for the best version of Ancajas.”

Rodriguez may also be motivated by the recent outings of fighters from Mexico abroad. On February 13, Mauricio Lara stopped former IBF featherweight titleholder Josh Warrington in round 9. Three weeks ago, lightweight Angel Fierro overcame two knockdowns to knock out Alberto Machado in round 6.

As much as he is motivated by these results of his fellow countrymen, Rodriguez knows it is ultimately on him to get the job done.

“I’ve seen what Lara and Fierro have done in their recent fights and it is motivating,” said Rodriguez, whose notable fight was a knockout victory over former world title challenger Felipe Orucuta in June 2019. “But I’m motivated 200 percent to defeat Ancajas. I have to fight to my best to win.”

First things first, Rodriguez will need to pull off the upset.

“I believe it’s a guaranteed war when a Mexican fights a Filipino,” he said. “That is what I expect for Saturday. I see myself as a top-10 fighter, but a win would put me amongst the best four or five fighters in the division. Beating Ancajas would put me in the elite of the division. That would allow me to then face Estrada, Chocolatito, or Ioka in the future.”