The Barrientes twins are breaking new ground in the modelling world 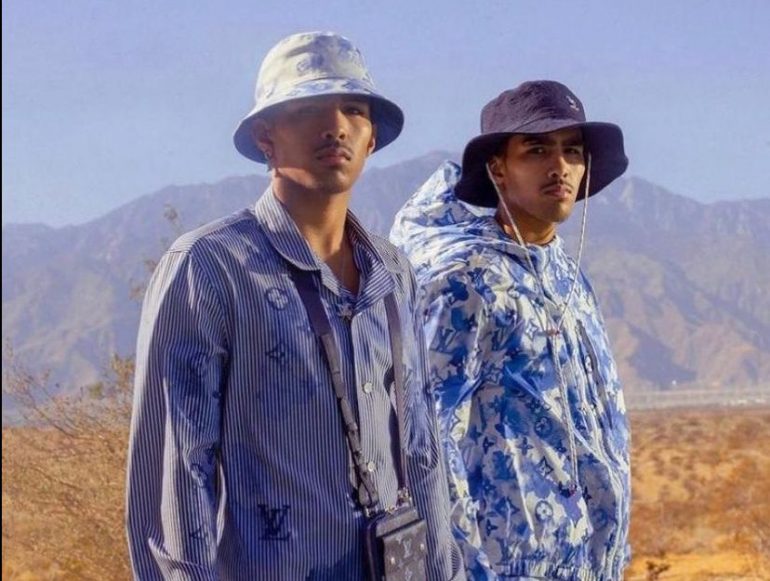 It’s always nice to have a backup plan. Not that rising 18-year-old twin talents Angel and Chavez Barrientes need one. The junior featherweights, who are based out of Las Vegas, recently received a big introduction into another world when they modelled in January for Louis Vuitton, one of the world’s leading international fashion houses.

It’s something that came completely out of the blue.

“We spoke to our cousin about putting in a model application in September and in mid-January, Louis Vuitton called us,” said Chavez, who is 13 minutes older than Angel and carries a 5-0 record (4 knockouts). “They told us that they were interested in a shoot and they let us know it would be the next day. We drove to LA and we shot at two different places and it took all day.

“It was kind of unreal, because we never did anything like this before. We both got the text message as were walking out of the gym. We took off for LA late and didn’t arrive until early the next morning.”

The twins did the shoot with rapper 21 Savage. 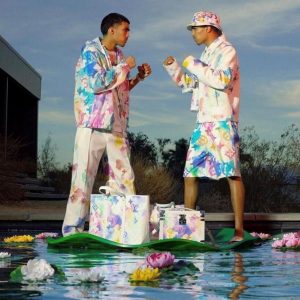 The Barrientes twins won’t be giving up their day jobs any time soon, but modelling for Louis Vuitton proved to be a nice diversion (Photo courtesy of Louis Vuitton)

The twins say that many people tell them that they look like their mother, Tiffany Garalde, who was the one making the eight-hour roundtrip sacrifice to drive her sons to the shoot.

Chavez, who is known as “The Beast,” while Angel is known as “AK-47,” turned 18 last August 3. Their father, Richard, is their trainer and Bob Santos, the venerable Northern California boxing manager, has handled their budding careers.

This has been a nice boost for Angel (4-1, 3 KOs). He suffered his first professional loss in his last outing back in December, getting stopped in four by undefeated 31-year-old Travon Lawson. Angel was doing well, until he got caught by a right hand.

“We’ve been boxing our whole lives, so it was pretty cool doing something different,” Angel said. “We just saw the images for the first time in March. They came out cool. We’re happy. When I first saw them, it was a different experience.

“We know we’re going to hear it from boxing guys, but that comes along with boxing. We’ll ignore it and continue moving on.” 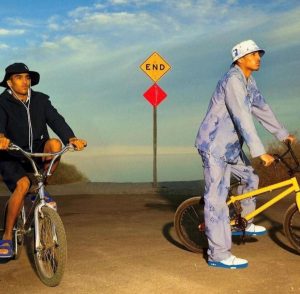 Angel and Chavez Barrientes didn’t expect the Vuitton opportunity when they submitted photos to a modelling agency in September (Photo courtesy of Louis Vuitton).

Angel and Chavez will both be featured on the Tony Harrison-Bryant Perrella undercard, shown live on FOX PBC Fight Night on April 17 in Los Angeles.

“I felt great against (Lawson), and it’s nothing that will phase me,” Angel said. “I learned from it. When I got back to the dressing room after the fight, it was emotional. We all took it in and Chavez gave me a hug. I have to move on and we’re doing this stuff now.”

The Barrientes twins arrived in Los Angeles at around 5:30 a.m., and the shoot ran into 6 p.m. that night.

“It’s a lot more work than people think, changing clothes, moving around, and it’s more than standing there taking pictures,” Angel said. “Our mom was waiting for us at the hotel, and when we got back, we were so tired we just collapsed.”

Angel and Chavez admitted that they won’t be giving up their day jobs any time soon. They received a nice financial reward for their time and they plan on hopefully doing more modeling work through NEXT Management.

“Fighting for the PBC is truly a catalyst to provide opportunities for these young fighters,” Santos said. “Fighting on a global stage has enabled the Barrientes twins to work with Louis Vuitton, one of the most iconic brands in the world, which will help boxing reach a diverse multitude of people. Boxing has the potential to be seen by millions of more people because of the twins.”