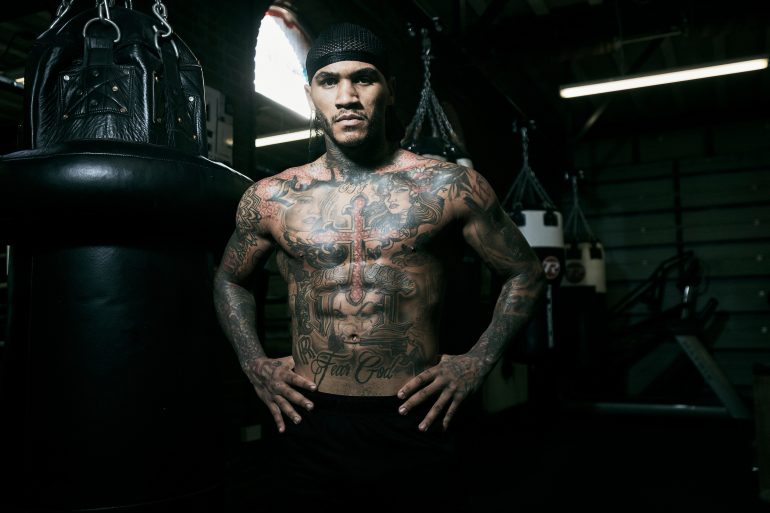 Momentum seems to have shifted.

There was a time when critics said Conor Benn was getting attention because of his surname and not because of his ability and that the hype and the platform wasn’t warranted. He would be exposed. He was a false alarm.

Well, time has gone on and he’s still here. He’s also undefeated in 17 and he’s not only calling out big names, but he’s being called out by them.

“Of course,” the 24-year-old welterweight said. “People see the hard work that I put in and that goes without question. It was such a privilege for people to see me as a raw novice, as a young kid, and to turn into the fighter I am today. It wasn’t easy work.

“It’s taken a lot of time and dedication from my trainer (Tony Sims), a lot of patience—the sort of patience I haven’t got, that’s for sure. Also, my promoter (Eddie Hearn) getting me the right fights at the right time, as well as me applying myself 100 percent to the sport. It’s a full team effort all the way around.”

It’s not been one fight or one performance, but a gradual progression. Benn was not an experienced amateur, and as he admits, he was raw at the start. So, how’s he changed perceptions?

“Just through hard work and dedication,” he continued. “I’m a strong believer in hard work beats talent, when talent doesn’t work hard. Don’t get me wrong, I believe I’ve got the talent, but I believe my hard work is key. Also, my team Tony, Eddie, myself; teamwork makes the dream work. That’s what we’re doing. We’re making it work.”

Whether it works in his biggest step up to date remains to be seen.

He gave Khan a torrid time in 2018, dropping the Bolton man before losing a decision.

And it’s Khan that Benn wants next, with other names including Kell Brook and Josh Kelly never far from his.

“Amir Khan for sure,” Benn said he hopes to meet after Vargas. “Let Josh Kelly rebuild (after losing to David Avanesyan) and then we can still have a massive domestic fight. (Kelly, Khan, Brook)—give me them next.

“Don’t get me wrong, I’m not overlooking Vargas, but I’m confident in my ability. I did a 1 a.m. run last night. I’ve been getting up at 5:30 a.m. to do my runs and my confidence and belief comes in my work ethic. Why should I not be confident I can’t dominate Vargas?

“If I see myself getting to the top and being the contender, I say I am, then I can start looking at these bigger names. Vargas is as tough as they come. He’s a veteran of the sport, but I am confident in my ability.”

He acknowledges, though, that Vargas is the best he’s faced in his career to date, but his ambition and desire is as admirable as his worth ethic.

“It’s a big step up, but that’s what we love about this journey,” Benn said. “There’s no ceiling to the career, so we don’t know how good I am or how good I’m going to be. But what we do know is every time there’s been a test put in front of me, I’ve passed with flying colors.

“I believe I can be world champion. Listen, when I started, I didn’t think I’d get to where I am now, being a world contender and ranked by the IBF and WBA. I didn’t think I’d get this far, so I’ve started to have a lot more faith in my ability and in my coach and my team that they can navigate me to the top which is what they’re doing.

“When I look at all the rankings, I’m the youngest in the rankings. Lots of them are all 30, 31. The (Chris) Kongos, (Michael) McKinsons, Josh Kellys. They’re all in their prime. I’m far from my prime, I’m only 24.