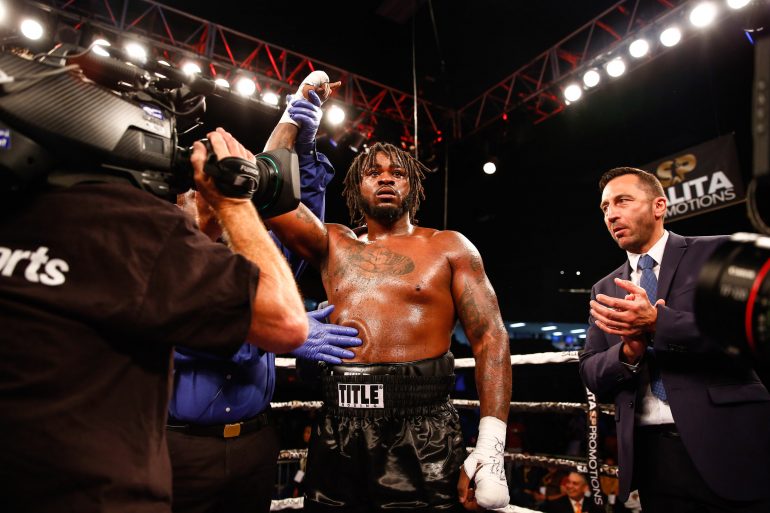 The 10-round bout will take place at the U.S. Military Academy in West Point, New York and will air live on NBC Sports Network (9 p.m. ET/ 6 p.m. PT).

The clash between Franklin and Shaw will headline the next Ring City USA card, replacing the April 8 show that was cancelled after unbeaten junior middleweight Charles Conwell was forced to withdraw from a fight against Ivan Golub after reportedly suffering a hand injury during training camp.

The Franklin-Shaw winner will take a step towards contender status in the heavyweight division.

Franklin (20-0, 13 knockouts), who resides in Saginaw, Michigan, has not fought since October 2019, when he dropped Pavel Sour of the Czech Republic twice en route to a unanimous decision victory. In his previous fight, almost three months earlier, Franklin struggled against Jerry Forrest, doing barely enough to win by split decision.

Shaw (14-0, 12 KOs) defeated Lyubomyr Pinchuk in his last bout, on December 17, by one-sided eight-round decision. That victory was also on a Ring City USA card that took place at the Wild Card Gym in Hollywood.

The St. Louis, Missouri fighter, who is managed by David McWater, has stopped four of his last five opponents.

The U.S. Military Academy has an acclaimed amateur program which has excelled down the years. A few fights featuring underclassmen will air on NBC Sports Network prior to the Franklin-Shaw fight.

Ring City USA will pay homage to the host venue and its rich history by honoring current and former service members. The academy’s history is evidenced by 10 National Boxing Championships and a curriculum that mandates all cadets participate in the school’s renowned boxing program.

“This will be the first time professional bouts will occur at West Point,” said Ray Barone, Army West Point Boxing Coach. “We’ve been asked before, but never has a boxing event been brought to us the way Ring City and NBC has. We want to showcase the cadets. We want to demonstrate that amateur boxing, when conducted properly, is safe. And we hope that this will become an annual event.”