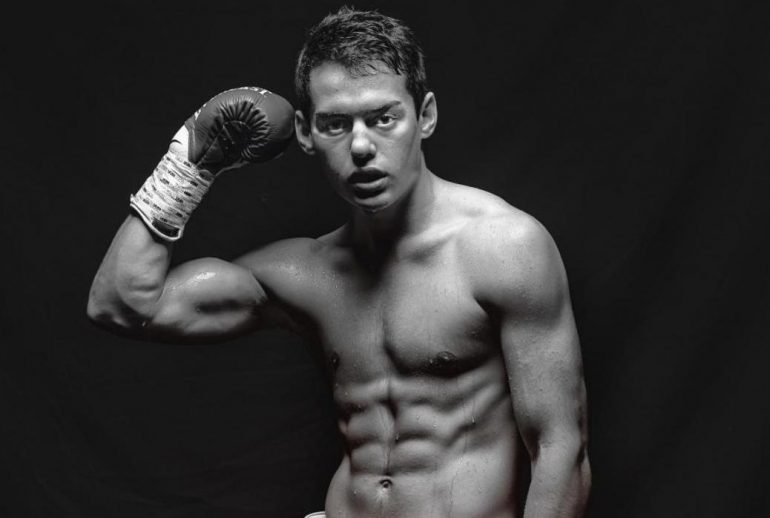 These were private wars. The evidence that they ever happened is probably long gone by now. Who knows if the family’s makeshift gym by their Chapmansboro, Tennessee, house where they took place is even standing? Though in his head, Ty Tomlin knows. The undefeated 21-year-old lightweight kept count. The measuring gauge came in increments of blood specs on the gym-wall mirrors, and the splattered crimson that covered pieces of the wood panels.

Ty and his older brother, Drew, would fight for the world championship of each other. Neither were old enough, nor big enough, to do any real damage to one another.

Ty, however, knew that if in those rare times he got by Drew, who is two years older and was about five inches taller and a few pounds heavier then, he felt he could beat anyone. Their battles waged for two years, between the ages of 12-14 for Ty, who stresses to this day Drew may have had a 60-40 edge in their fights.

Ty was right about one thing: After beating Drew, Ty’s beaten everyone who’s been put in front of him so far, beginning his pro career 10-0, with 6 knockouts.

The Tomlins moved to their current Ashland City home about five years ago, though if an FBI forensics team was sent back to Chapmansboro, they would suspect that a murder took place.

“I’d like to think Drew was my barometer, because the wars that we would get in and hard sparring made my amateur fights much easier,” Ty recalled. “Brothers do bring out the best in you and the worst in you. It would get bad. We had mirrors up in the gym, which my father made for us. There would be blood everywhere.

Drew, who possesses a business degree, stopped boxing around 18, after undergoing shoulder surgery. 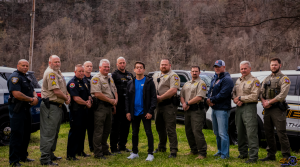 Ty Tomlin is making an impact in his community, speaking out against drugs to local schools (Photo by Shot Media Group).

He’s currently a free agent, managed and trained by his father, Darryl. The Tomlins are based in Cheatham County, home of reigning IBF super middleweight beltholder Caleb Plant.

At this stage of his career, Ty is content fighting without a promoter. He has cultivated a huge following, building himself as a local community leader with the youth, and is in the process of leading a campaign against drugs in all six of the Ashland City middle and high schools.

None of this success has exactly come easy.

Between 18 and 20, Ty found himself challenged. He somehow balanced working as a fulltime electrician during the day, going to school on-line and training at night.

A typical day would begin at 5:30 a.m., doing hard-hat, mud-caked boot work, digging, laying pipe and installing wiring, until around 2:30-3 p.m. Then he would train from 4-to-6, sometimes longer. Then, follow that up with school work frequently past midnight.

Many times, Ty’s mother would wake him, after finding him asleep on his computer keyboard.

“Those were some rough times,” Ty recalled. “I was so exhausted from working all day and training all day, I couldn’t stay up. It was so vital for my father building (another) home gym, so everything was right there at the house. I think I found out what my limits are and how far I can be pushed, but I also found out how much I love boxing.

“Doing all of that, it was so easy to find excuses not to go to the gym. I didn’t miss a day. I never missed a gym day. There were days when I was so tired that I had a head ache, so tired from work, but no matter what, I would find the time to train.

“Wanting to be great pushed me. There are so many things that you choose to do in this life, but wanting to be great is something I chose to maintain for myself and for my family. I have a great family unit. We’re not hurting by any means for anything. I know the things that I want in life and the freedom of it all. I’m going to continue to work for that so my family doesn’t.”

Part of Ty’s inspiration has been Plant. The two used to train together when they were younger, and now today, seeing the success “Sweethands” has had both in and out of the ring, throws a jolt of motivation into Tomlin.

“It’s awesome to see a guy where you come from being in the position where you want to be,” Tomlin said. “Caleb was someone I worked with when I was really young, and I really look up to him. He already has his title and he has probably a few million in the bank.

Tomlin has no timetable how he sees his career arcing moving.

“I know I have the fanbase and support, and I feel I’m a good fighter, but I’m not going to rush anything,” Tomlin said. “Boxing is my main priority right now. I’m still working part time, though fully committed to boxing. I want to move the next year of two, because a lot of prospects feel they have to push now. That’s not something I want to do.

“I know that there are still a lot of things that I need to work on to be great. That’s my goal.”