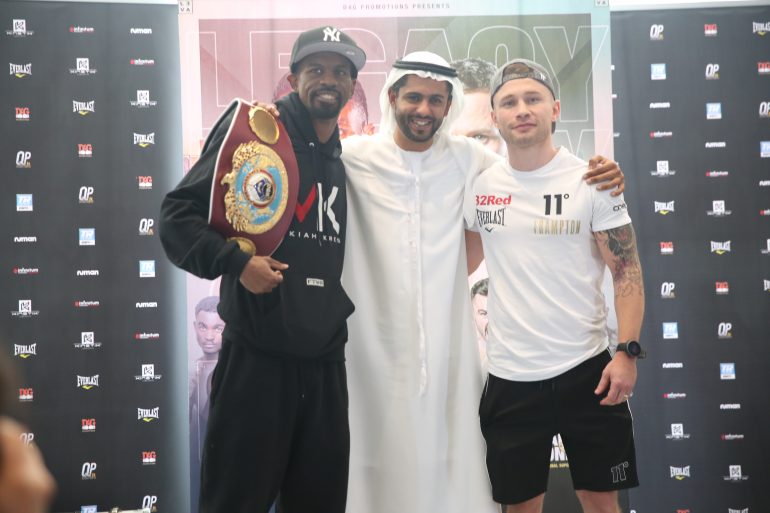 Jamel Herring and Carl Frampton will engage in the first title fight in Dubai (Photo courtesy of D4G Promotions).
01
Apr
by Joseph Santoliquito 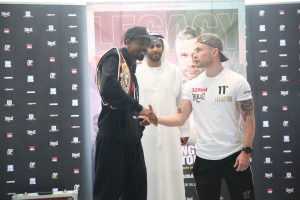 Jamel Herring and Carl Frampton will engage in the first title in Dubai (Photo courtesy of D4G Promotions).

To Frampton, meeting and beating Herring means significantly more. If Frampton (28-2, 16 knockouts) were to win, he would become the first three-division Irish titlist, winning belts at 122, 126 and 130.

“I’m very proud of what I’ve done in my career so far,” Frampton said. “But the chance to go down as the only ever three-weight world champion from the whole island of Ireland — one of the only British fighters to ever do it as well — you join an absolute elite bunch of global fighters to do that. I want to do that. I’m so determined to make that happen on the night, and personally, it will mean the world to me.

“I gotta expect the best Jamel Herring there’s ever been. We look at Jamel’s last performance (against Jonathan Oquendo), he gets a bit of criticism from that, from the media and from other people. My own performance wasn’t brilliant in my last fight (last August against Darren Traynor). I think both of us need to be a lot better in this fight to come out victorious. I’m prepared to be better. Hopefully, Jamel is as well, and I think it’s going to be a good fight.”

Herring (22-2, 10 KOs) will be defending the title for the third time. His second title defense in September 2020 ended in ugly fashion, after challenger Jonathan Oquendo was disqualified at the end of the eighth round due to an illegal head-butt, which opened a cut over Herring’s right eye during the fifth.

When Herring said he couldn’t see, referee Tony Weeks stopped the fight and it was decided on the scorecards (with Herring way ahead on all three).

“The way I win this fight is just being me, the Jamel that won the world championship,” Herring said. “I have to bring that hunger back. I feel like my back is against the wall, even as the champion.

“I was able to stay focused with all the postponements because I had that motivation and hunger. I know this is still a big fight. I didn’t want to let it go.

“Yes, a win over Frampton would be a career-defining milestone. You want to win a world title. OK, we win the world title. Well, what’s next? We had to successfully defend our title to be considered a real champion. I’m getting to the conversation of, ‘Oh, you want to face the other champions and the other big names,’ and Carl Frampton is a two-division world champion. He has done great things in his career.

The card will co-feature the 10-round junior welterweight bout between Zhankosh Turarov and Tyrone McKenna.