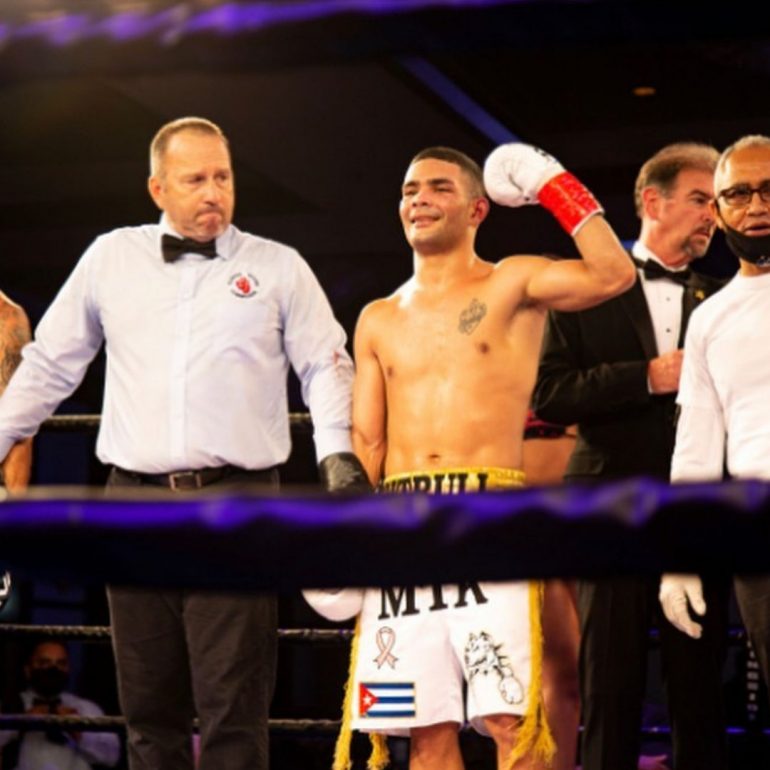 The 10-round junior lightweight bout will take place at a site to be determined in Romero’s hometown of Monterrey, Mexico and will air live on ESPN Knockout in Mexico and Latin America and on IFL TV worldwide.

“We are thrilled to partner with Miura for this fantastic event in Monterrey on April 16,” said Mariana Caballero, who is MTK Global’s Manager of Latin American Operations. “It is clear that Miura are just as passionate about boxing as we are, and we hope this can be the start of a great relationship in Mexico.

“Our MTK Global stars Neslan Machado, Miguel Vazquez, Jonathan Lopez, Rafael Armenta, and Chris Florez will all be in action on the bill, and fans will get to see come of Miura’s gifted fighters too. Mexico has been passionate about boxing for generations, and we’re looking forward to bringing a huge event there next month.”

The 24-year-old has won his last six bouts by decision.

Romero (11-1-1, 6 KOs) suffered his first loss as a pro in his last bout on November 6, losing by knockout to Jose Estrada Garcia in round 5. In his previous fight on March 7 of last year, the 22-year-old fought to a majority decision draw.

Vazquez is coming off a disputed split-decision loss to Lewis Ritson on October 17, a fight boxing writers and fans thought Vazquez did more than enough to win.

The 34-year-old (42-10, 16 KOs), who resides in the boxing hotbed of Guadalajara, has lost five of his last nine bouts, including losses to Josh Taylor, Ohara Davies, and unbeaten Batyrzhan Jukembayev, but is best remembered for his six successful defenses of the IBF title before losing it to Mickey Bey by split-decision in September 2014.

Delgado (9-8-2, 6 KOs) defeated Juan Jose Martinez by unanimous decision in his last bout in September 2019. The Mexico City resident has only lost once in his last six bouts.

A handful of fighters who resides in Mexico City will also see action on the card.

Fringe lightweight contender Christian Uruzquita (19-4-2, 7 KOs), who has won five of his last seven fights, will square off against former world title challenger Miguel Beltran (34-8, 23 KOs) of Los Mochis in a 10-round bout.