Jamel Herring: Carl Frampton is a skilled boxer, I’ve been a fan 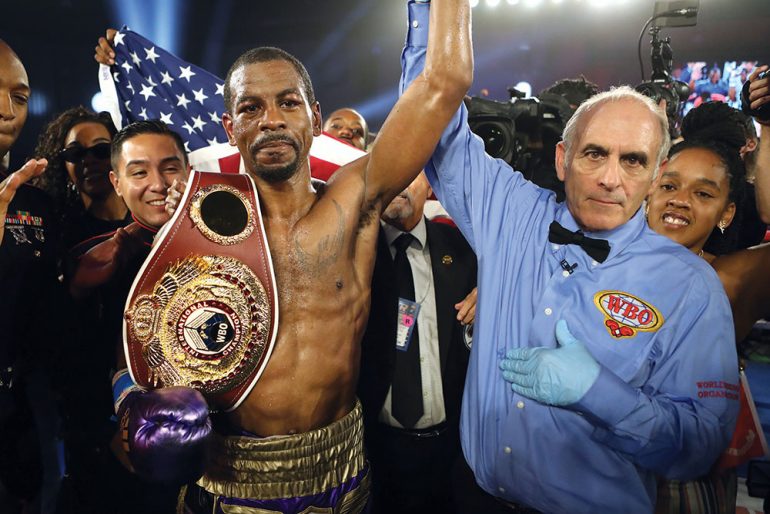 The WBO junior lightweight titleholder Jamel Herring will put his belt on the line for the third time when he faces former two-weight ruler Carl Frampton at The Rotunda at Caesars, Bluewaters, Dubai on Saturday.

Herring, who is rated No. 5 by The Ring at 130 pounds, has been on a collision course with Frampton for over a year. However, due to the COVID-19 pandemic, the fight, which was originally scheduled to take place at an outdoor arena in Belfast, has moved location and date several times.

“I needed a notable dance partner after [beating] Lamont Roach [in November 2019],” Herring (22-2, (10 knockouts) told The Ring. “I needed to fight someone relevant in the junior lightweight division and Carl Frampton’s name came up. His name carries weight, he’s a two-division world champion, he’s a really good fighter. We pursued it from there.”

The 35-year-old former Marine, who served two tours in Iraq, is respectful of Frampton ability.

“[Frampton’s] a skilled boxer,” said Herring. “He doesn’t have that typical European style; he has good footwork and upper-body movement. He’s not that average boxer that sometimes American fighters perceive European fighters to be.

“I’ve been a fan. Frampton boxed [Scott] Quigg really well. He boxed Leo Santa Cruz well in the first fight and in the second fight also. The Josh Warrington fight, he was hurt, but his heart kept him in the fight. He showed the will of a true champion.”

While Herring is five inches taller and possesses a seven-inch reach advantage over Frampton, the American refuses to rely on his physical dimensions. In fact, he has taken part in high-end sparring with one of the best pound-for-pound fighters in the world.

“I’ve got to follow the game plan my team and I have been working on,” said the southpaw. “We have a few game plans we want to implement, but it all depends on the look Frampton gives us on fight night. I have guys like Terence Crawford working with me and pushing me. 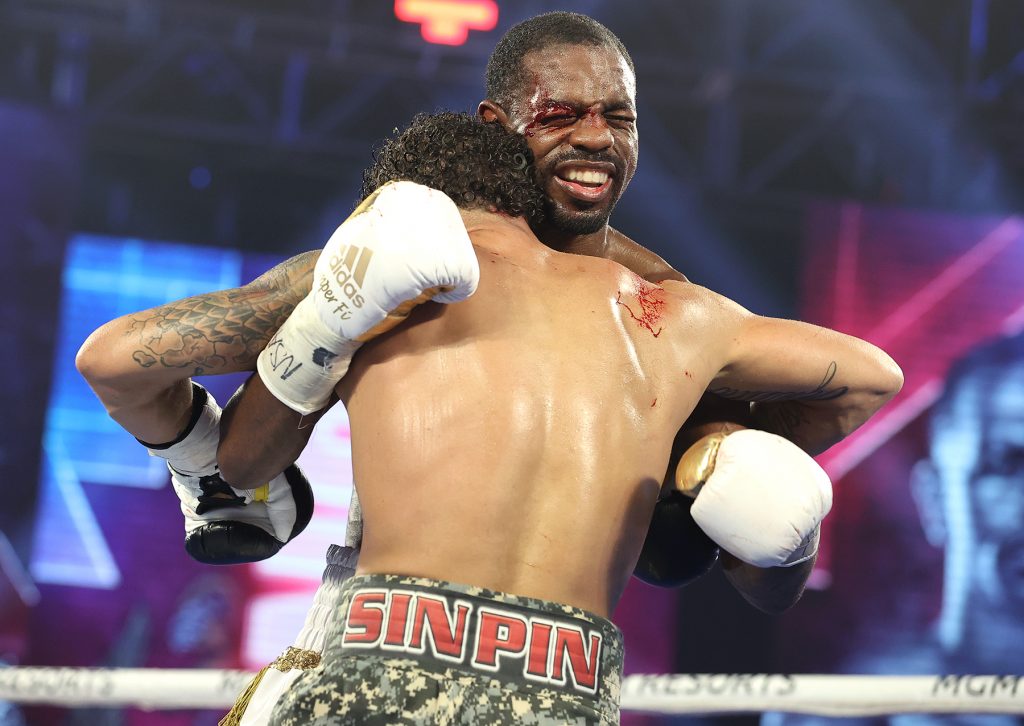 Herring was cut badly by a headbutt in his bout with Jonathan Oquendo. Photo by Mikey Williams/Top Rank

Herring enters the fight after struggling last time out against Jonathan Oquendo in September.

“It was definitely difficult,” admitted the reigning titleholder. “I had one fight postponed at least three times. I was in training camp for five months and in those five months I caught Covid. We’re still learning about this virus today; we didn’t know the lasting effects it would have on you. Even when I got cleared, my body was still going through a lot of hardships, then I fought with a virus that attacks your respiratory system.

“Going into my last fight, I wasn’t right. I was probably about 70-percent fit. My body didn’t feel the same. I wasn’t the same Jamel you see in maybe the [Masayuki] Ito and [Lamont] Roach fights. I was really going through a bad time, but as a true champion, I wanted to go out there and defend my title.

“I was winning the fight, but I was dealing with a dirty fighter that kept headbutting and was trying to do everything he possibly could to get a win. I wasn’t happy with the performance myself. I needed to go home, I needed to go rest, I needed to go spend time with my family and enjoy life again and get the motivation and hunger. That’s when MTK came on board and gave me a new life in terms of my career, and I’ve been motivated since then.”

When Frampton suffered a hand injury, the February 27 date in London fell through and the fight was put back one month. Herring had to taper his training accordingly but is happy with how everything has gone leading into this fight.

“I’m not overtrained, I have everything I need, and I’m in a good space,” he said. “I’m glad to be here doing something that I love each and every day.”

Frampton (28-2, 16 KOs) was awarded The Ring Magazine Fighter of the Year award in 2016. He’s on a two-fight win streak and is bidding to become the first Irishman to win world titles in three weight classes.

Herring-Frampton will be broadcast live on ESPN+ in the U.S. and on Channel 5 in the U.K.

CARL FRAMPTON ON THE BRINK OF MAKING HISTORY