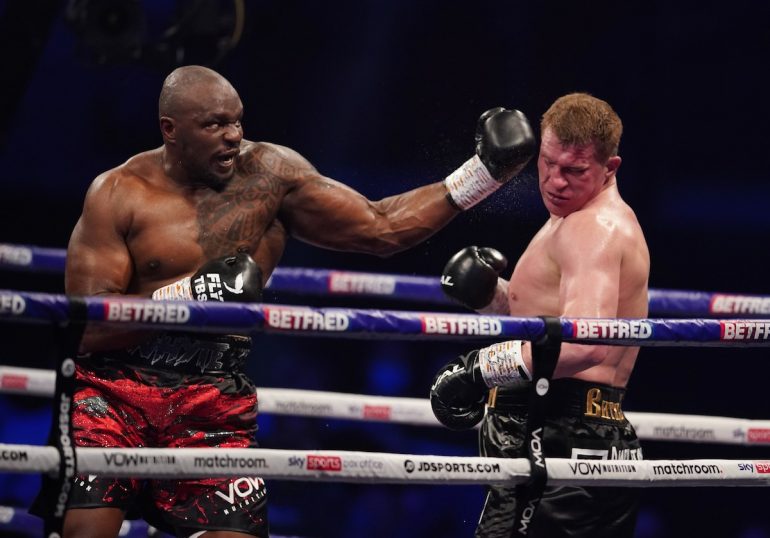 Revenge on the rock.

It was make or break for Dillian Whyte at the Europa Point Sports Complex in Gibraltar on Saturday. The hard-hitting Londoner suffered a devastating fifth-round knockout defeat to Alexander Povetkin last August, but he has now rekindled his world title aspirations courtesy of a fourth-round stoppage in a direct rematch. The official time was 2:39.

Whyte, who is currently rated No. 4 by The Ring at heavyweight, rocked Povetkin numerous times through the first three rounds and was never threatened. The Jamaican-born Londoner followed an accurate jab with powerful right crosses and the Russian struggled desperately to return fire. Another right-hand bomb landed in the fourth and Whyte followed up ferociously, closing the show with a big left hook.

“I should have got him out in the first round, I tried,” said a confident Whyte (28-2, 19 knockouts) in his post-fight interview with Sky Sports in the U.K. “I shouldn’t have lost the first time. It’s one of those things, I’m annoyed at myself. All I had to do was be a bit smarter, but I made a silly mistake and paid for it.”

Whyte is now back in a strong position, although the two-fight deal between Tyson Fury and Anthony Joshua is likely to force yet another WBC eliminator. In the lead up to this rematch, there was talk of Whyte facing former titleholder Deontay Wilder and that’s certainly an intriguing fight.

“We called for Deontay Wilder a long time ago,” said Matchroom Promoter Eddie Hearn. “Wilder DM’d [Whyte] and said he’d never give him that shot, but now that he’s been knocked out [by Tyson Fury], he wants the fight. To me [Wilder-Whyte] is a stadium fight, it’s a colossal fight, but I’d like to get Dillian back out quickly.”

Povetkin (36-3-1, 25 KOs), who came in as The Ring’s No. 3 rated heavyweight, did well to resurrect his career with last summer’s KO of the year contender over Whyte. Now that the result has been reversed, it’s difficult to foresee him securing any more big fights. He’s been a consistent force in the division over the past several years and now might be the time for the 41-year-old to put his feet up.