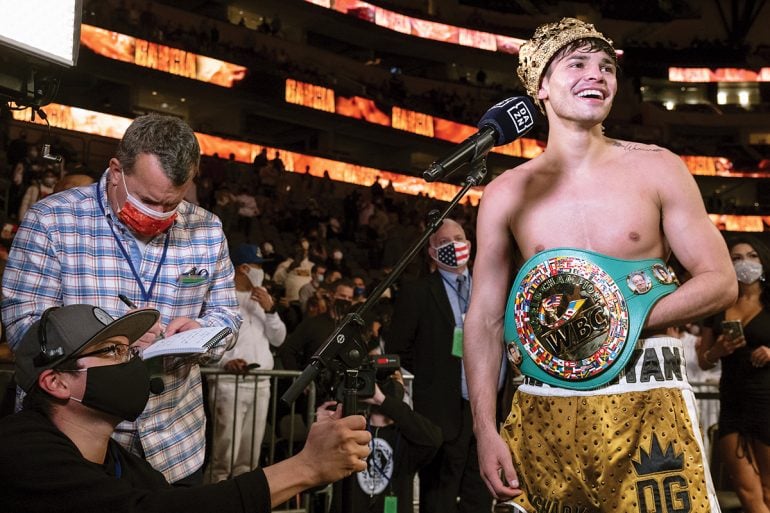 The World Boxing Council has ordered Ryan Garcia to defend the interim lightweight title against Javier Fortuna in what would be another stern test for the young upstart. The news was made public Thursday on the sanctioning body’s website.

Garcia (21-0, 18 knockouts) won the interim title on January 2 with a seventh round knockout of Luke Campbell, and would in theory be the next in line to face WBC titleholder Devin Haney. Haney is instead expected to make a defense against Jorge Linares in May, according to a report earlier this month on DAZN, which broadcasts the fights of Garcia and Haney.

Fortuna (36-2-1, 25 KOs) is coming off a hot performance against Antonio Lozada in November, scoring a sixth round knockout on a PBC card in Los Angeles.

Fortuna had been scheduled to face Linares last August, before a symptomatic Linares had to withdraw due to Covid-19.

The two parties will have until Friday, April 16 to negotiate before a purse bid takes place.