Women’s Ratings update: Jackie Nava and Seniesa Estrada jump to the top of their respective divisions 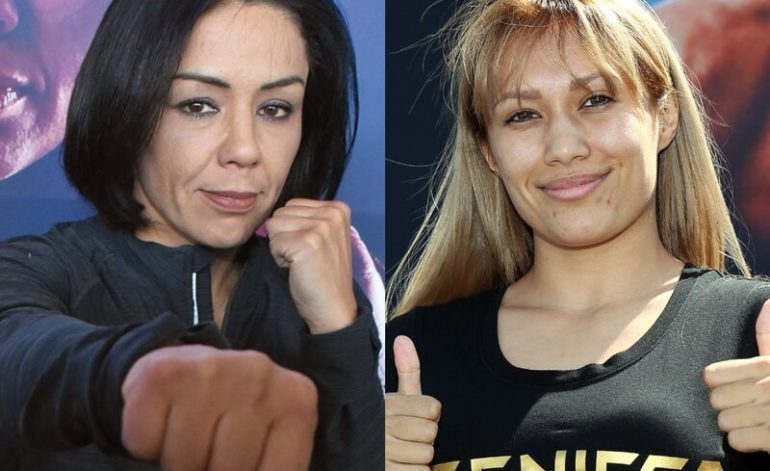 One of them grabbed the torch from a decorated veteran and ran with it to the top of the hill – the first one of many. The other one, a veteran herself if there ever was one, held on to her own torch for yet another win, with no signs of letting it go.

That’s a fitting description of the two best performances in the main women’s boxing bouts that took place during this past weekend, in which both Seniesa Estrada and Jackie Nava put forth displays that led them to become the new No. 1 fighters in their respective divisions.

In the best bout of the week, Estrada dethroned one of the game’s toughest and more experienced female fighters in Mexico’s Anabel Ortiz, snapping an impressive eight-year unbeaten streak (21-0, with 11 defenses) while grabbing her WBA strawweight belt. It was a legitimate crossroads bout between the young future superstar and the established veteran, and youth won the day as “Super Bad” made “The Wasp” look like a pesky mosquito during 10 one-sided rounds.

And with her performance, Estrada received enough praise from the panel to be considered for a place in the pound-for-pound ranking in the very near future.

Since Estrada was previously ranked at No. 5 in the division immediately above (junior flyweight, based on her previous activity in that division), her departure created an opening that was taken by another young and promising talent: Canada’s Kim Clavel.

Another venerated Mexican legend saw action during the weekend, when former two-division champ and women’s boxing pioneer Jackie Nava scored a shutout over Karina Fernandez in yet another chapter of her stellar career.

Nava, now 40 and fighting on the very same day of her 20th anniversary as a professional prizefighter, showed no sign of her age or the wear-and-tear of her long career as she breezed past Fernandez.

Based on the quality of her performance, combined with the inactivity of the division’s top fighter Marcela Acuña, the panel felt that moving the Aztec Princess to the top of the division would be a proper acknowledgement of her dedication and talent.

Matsuda in at No. 5, Ibarra not there yet
In the lowest division of them all, veteran IBF atomweight champ Saemi Hanagata barely held on to her belt with a hard-fought draw against Eri Matsuda, who managed to win one scorecard by two points in spite of her limited experience of only 4 professional fights. The other two scorecards had the fight even, but the damage had been done: Hanagata announced her retirement immediately after the bout and was thus dropped from the rankings to make way for Matsuda, who comes in at No. 5 in the 102-pound division.

Meanwhile, in Puerto Rico, Alma Ibarra scored a shutout over Maricela Cornejo, but given the level of talent in the middleweight division nowadays, she didn’t receive enough votes to break into The Ring’s top 5, staying instead on the fringes and ready to move in as soon as an opening is created – should she remain in the division.

Olympics, inactivity clause and beyond
One of the many ways in which the COVID-19 pandemic has upended people’s lives is the one-year delay imposed upon the Tokyo Olympics, which will now take place in July-August 2021.

The combination of a year-long pandemic, complete with travel restrictions of all kinds, and the opportunity for professional fighters to fight in the Olympics, has created the environment for some fighters to take long layoffs – with some of them feeling like semi-retirements.

With this in mind, The Ring’s women’s ratings panel has established a new cut-off date to review the level of activity of all ranked fighters.

Any fighter who has not fought for two years by August 8th, 2021 (the day in which the Olympics officially end) will be taken off the rankings until after they fight again.

In the same vote, a decision was made to ignore all Olympic results of professional fighters participating in the event, for the purposes of The Ring’s women’s ratings.

Therefore, if a professional female fighter wins a medal, this achievement will not be taken into consideration when considering upgrades or promotions within The Ring’s ratings. The same applies to any losses, however catastrophic they may appear to be. In sum, fighters will not be either punished nor rewarded for any aspect of their performances during the Olympics.