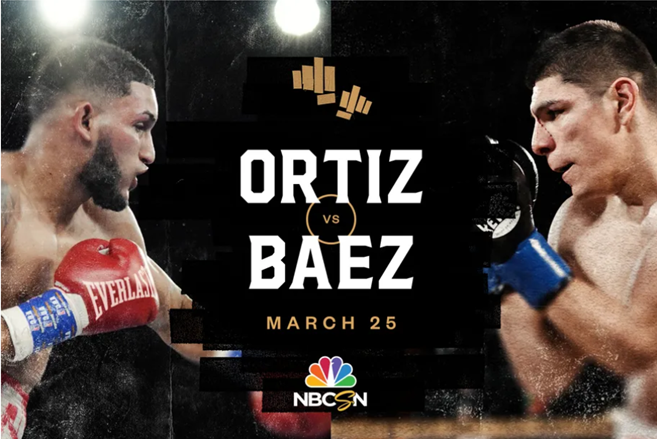 Eduardo and Leonardo Baez may cause some boxing fans to do a double-take Thursday night.

Eduardo (18-1-2, 6 knockouts) made a memorable U.S. debut in his last bout, on December 17, notching a one-sided decision victory over Armenia’s Narek Abgaryan. Now residing in Calexico, California, he is unbeaten in his last 10 bouts since losing to Mauricio Lara in April 2017.

Ortiz (8-0-1, 4 KOs), who resides in Cidra, Puerto Rico, the same hometown of junior welterweight contender Jose Pedraza, has not fought since November 2019, when he defeated former fringe contender Christopher Martin by unanimous decision.

Leonardo (18-3, 9 KOs) defeated former junior featherweight title challenger Moises Flores in February of last year. However, five months later he was unable to answer the bell for the eighth round against bantamweight world title challenger Jason Moloney. That was his most recent outing. The loss to Moloney snapped a string of six consecutive victories since a defeat to Alfredo Mejia Vargas in September 2018.

Caraballo (13-0, 13 KOs), who resides in Ponce, Puerto Rico, is also coming off a long layoff, having stopped Mike Oliver in the opening round on February 15 of last year. In his previous bout, in June 2019, the 25-year-old Caraballo knocked out Estaban Aquino in the second round.

On the portion of the ‘Ring City USA’ card that will be streamed live on Twitch, Juan Carlos Camacho (11-1 1 NC, 6 KOs) of Juana Diaz, Puerto Rico will square off against Nicaragua’s Marvin Solano (23-5, 8 KOs) in an eight-round bantamweight bout.