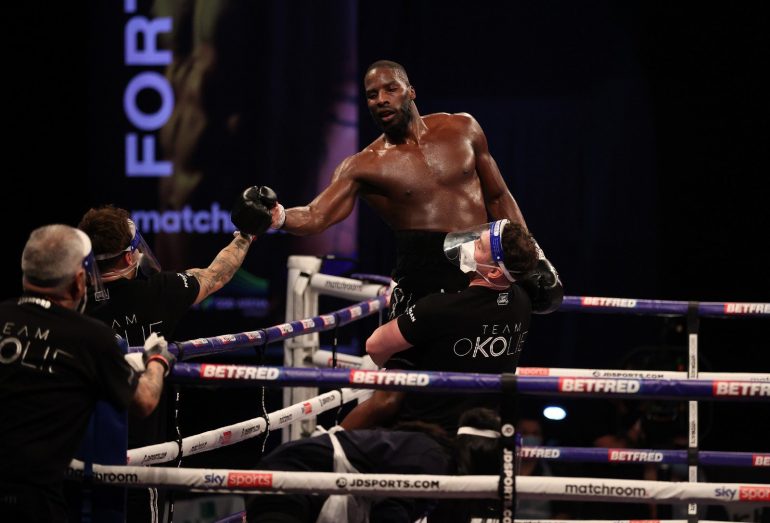 Okolie, a former Rio Olympian, is still learning, but he’s improving rapidly and he credited trainer Shane McGuigan with the strategy and his influence. Okolie (16-0, 13 knockouts) also proved the naysayers wrong, and that those who had written him off as dull and boring after a couple of drab fights on his way up the ladder need to reconsider.

He was neither on his big night. He was in control from the start, took over after four and then put Glowacki (31-3, 19 KOs) away at :45 of the sixth.

“Shane and the team, we’ve been calm in the back all week,” said Okolie. “It went how I thought it would. I have to thank Shane for the game plan. He told me not to rush and I said I’d get it done between rounds five and eight.” 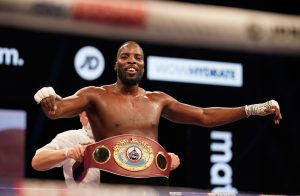 The Pole didn’t do much in the first round, while Okolie looked to get his right hand off to the head and body.

Through round two, Okolie continuously looked to bury his right hand into Glowacki’s side, but the veteran seemed aware of the danger and was keeping his left elbow in close.

Okolie was trying to line him up with long shots in the third and McGuigan implored him to “stay disciplined.”

By the fourth, things started to come together for the 28-year-old, making some real breakthroughs, landing with a pair of strong right hands and rangy jabs.

By the end of the session, Glowacki looked a little lost and bled from his right eye.

Glowacki was struggling to get inside and Okolie was again in charge in the fifth.

It was all over in sixth. 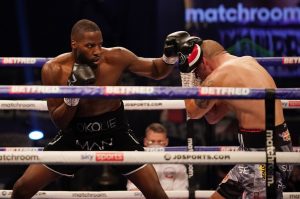 Okolie reached out with a jab, but then whipped in a right around the corner of Glowacki’s guard, causing his knees to buckle before he dropped onto his back.
The Pole made it to his feet, but referee Marcus McDonnell counted him out after 46 seconds of the round.

Southpaw Glowacki was more experienced, but hadn’t boxed since losing to Mairis Briedis in June 2019.

He said in fight week that he wanted to unify before moving up to tackle heavyweights and he reiterated that as the champion.

“I’m growing into myself as a boxer,” continued Okolie. “One of the main things Shane works on is mindset and he’s constantly reminding me I can do it. I would like to fight someone like Briedis next. That would be me unified in 17 fights. Any champion Eddie (Hearn of Matchroom) can get is fine, but Briedis is the one I want.”