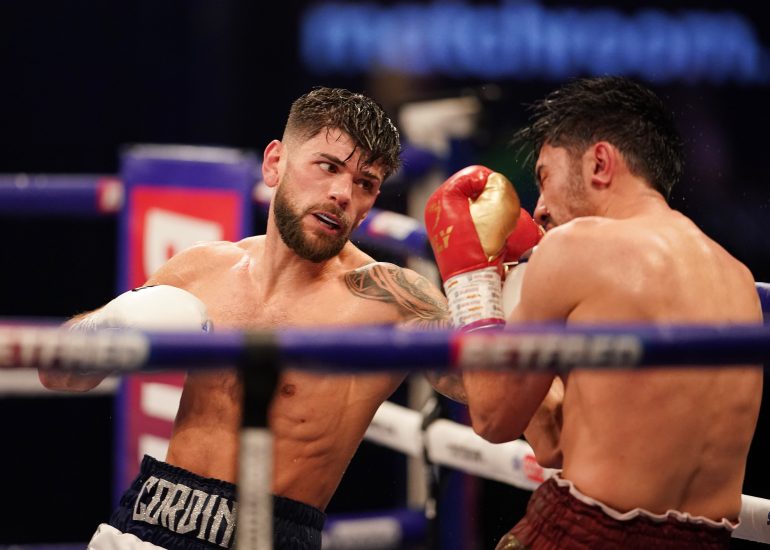 Welsh prospect Joe Cordina scored a 10-round majority decision win over Belgian Faroukh Kourbanov as he moved to 12-0 at Wembley Arena in London, England, in support of a Lawrence Okolie-Krzysztof Glowacki cruiserweight main event atop a Matchroom card on Saturday, March 20.

Cordina, fighting for the first time since November 2019, looked composed, flashy and sharp in the early going but the visitor warmed to the battle and was busy behind both hands, working for openings and making Cordina miss. It was a brisk, keenly-fought affair and Cardiff’s Cordina looks a real talent at super featherweight but he was boxing within himself to take the 10-rounder by margins of 98-93, 96-95 and 96-96.

Former Rio Olympian Anthony Fowler powered to 14-1 (11 KOs) with an impressive third-round win over Spaniard Jorge Fortea, who is now 21-3-1. 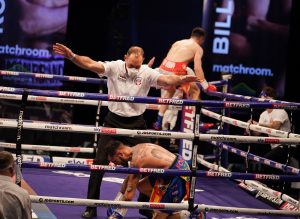 Fowler was lively from the start and the Shane McGuigan-trained fighter from Liverpool was measured. He dropped Fortea with a sudden left in round three. It looked like a jab but Fortea was struggling to make it back to his feet and when the action resumed he was then met by a right hand and down once more before being counted out at 3:08 of the third round.

Bournemouth’s Chris Billam-Smith came through a 10-round battle with game Czech Vasil Ducar, whom he dropped twice. It was a tough fight. McGuigan-trained Billam-Smith took some shots to the head while enjoying some success to the body in round two. Ducar started the third aggressively and confidently but Billam-Smith’s work downstairs was impressive and in round four Ducar’s resistance began to crumble when he was floored for the first time.

Billam-Smith was in control in the fifth but it was still competitive although the Englishman broke through with a left to the body in round six to put Ducar over again. Round six was hard for Ducar but he was still in there pitching a round later and he landed some good rights in round eight. It was physical in round nine, Ducar was swelling under his left eye but still he brought it on. Ducar stalked the Bournemouth man in the last as Billam-Smith boxed smartly off the back foot although he took a crunching right hand in the dying moments of the fight.

Ellie Scotney is keen to impress and apparently in a hurry. The talented prospect improved to 2-0 and looked good firing off combinations and picking her shots well against France’s Mailys Gangloff to run out a 59-55 win over six rounds.