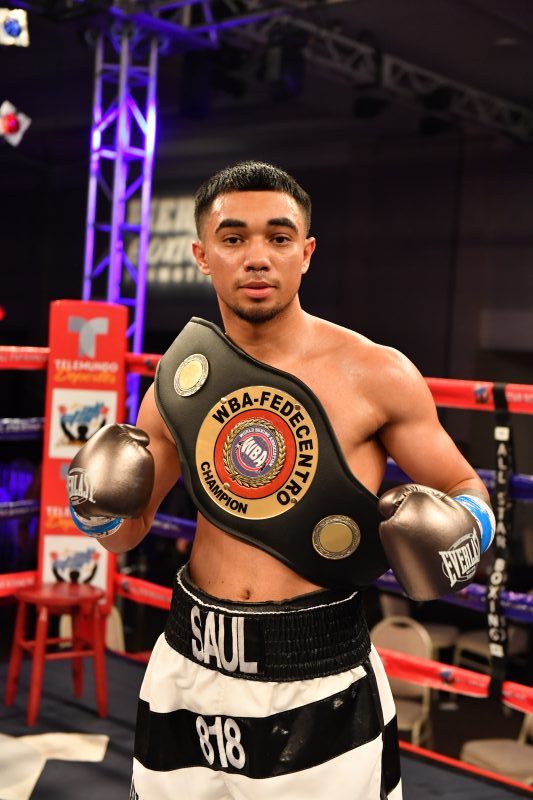 Sanchez, who resides in the Los Angeles suburb of Pacoima, improves to 16-1, 9 knockouts. He has now won his last four bouts since losing by split decision to Edwin Rodriguez in August 2019.

In his previous bout on December 20, Sanchez defeated Mario Hernandez by eight-round unanimous decision. One bout prior, which aired on a “Boxeo Telemundo” telecast, Sanchez stopped former fringe contender Daniel Lozano in the opening round.

Sanchez has benefited from sparring top contenders in Southern California and is trained by Manny Robles.

“I thought the fight was going to last longer,” said Sanchez, who is promoted by Thompson Boxing Promotions. “It is what it is.

In preliminary action, middleweight Marcus Willis, of Fort Myers, Florida, defeated Aaron Garcia by unanimous decision. Scores were 59-55 twice and 60-54 for Willis, who improves to 20-7-2, 6 KOs.

Garcia was game and both did their best work in the pocket throughout most of the fight but Willis connected more with hooks and right hands to the head.

Garcia, who is originally from Guadalajara, Mexico and now resides in Chicago, Illinois, drops to 16-10-1, 11 KOs.

Lightweight Julio Solis improved to 4-0, 4 KOs by dropping Alaska’s Nicohlas Colins, who was making his pro debut, twice before the fight ended in the opening round. Solis is originally from Caguas, Mexico, and now resides in the Tampa area.

Friday’s card was promoted by All Star Boxing and broadcast on Telemundo.