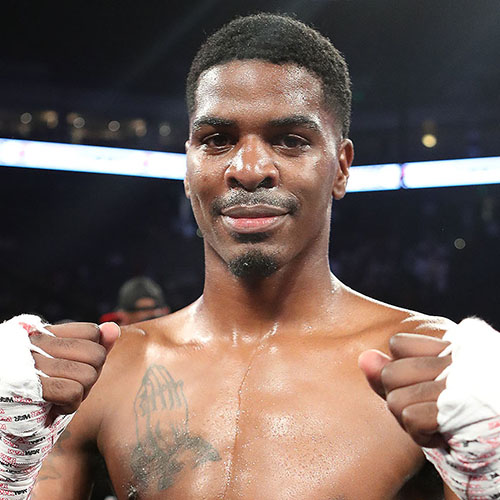 Maurice Hooker did not sit in total darkness weeks after his loss to Jose Ramirez in July 2019. There was a sliver of light that pushed its way through the curtains, enough for “Mighty Mo” to start thinking about retooling again.

Hooker (27-1-3, 18 knockouts) admits he had blotted out everything for a time after he lost the WBO junior welterweight title to Ramirez, the WBC beltholder. Hooker has replayed the fight a handful of times, right up until the sixth round, when he was stopped.

Hooker says much was learned from that, and there’s much he says he will take in the ring with him when he faces rising star 22-year-old Vergil Ortiz Jr. (16-0, 16 KOs) this Saturday in a scheduled 12-round welterweight bout at Dickies Arena in Fort Worth, Texas (DAZN, 8 pm ET/7 pm CST).

Hooker knows the score. He knows he’s the “B- side,” expected to be that “name opponent” Ortiz racks up on his resume after he puts on a good show and loses.

This will be the second time Hooker is fighting in the last two years.

Everyone is showing up for the Ortiz grand opening party. They may be showing up for the wrong guy, Hooker says, because “Ortiz has never been punched in the face before, and I’ve only lost once and it’s like I lost 20 times. It’s like I’m being counted out already. I know me. I watch Vergil Ortiz, and he has a lot of knockouts.

“I know I’m coming into the fight as a big underdog for some reason. I love the doubts. Let them doubt me. It’s been over a year since I fought, but I’m ready.”

This will be the second fight in which trainer Brian “BoMac” McIntyre, Terence Crawford’s trainer, will be in Hooker’s corner.

“I think the fans will see a different Maurice Hooker, a better Maurice Hooker and I can’t wait to show the fans what I’m really about,” Hooker said. “BoMac and I go way back with each other. We’ve always been close, though never really worked with me until these last two fights.

“BoMac is a smart guy and had me working the jab, doing more boxing movement, stuff like that. He had more working more with body punches, and we have worked well together.”

The 31-year-old Hooker knows the feeling of losing. To this day, he refuses to watch the only time he did lose, so he doesn’t have to hide away again.

Now, it’s time for Hooker to dim the room for Ortiz.

“It’s like I lost already, but I know what I’m capable of doing,” Hooker said. “A lot of people don’t see my reach advantage. They forget I lost just once. He’s going to eat a lot of jabs. I’m going to stick with my game plan and not get into any fire fight.

“In the past, that was a problem. I loved knockouts and I just went for them. This is going to be about going in there and having fun. The longest Ortiz has ever gone in the ring is seven rounds and I’ve said it before—he’s never been punched in the mouth either.

“I know I’m the underdog, but don’t count me out.”