Vergil Ortiz Jr.: How do you expect to make money if you aren’t fighting the best? 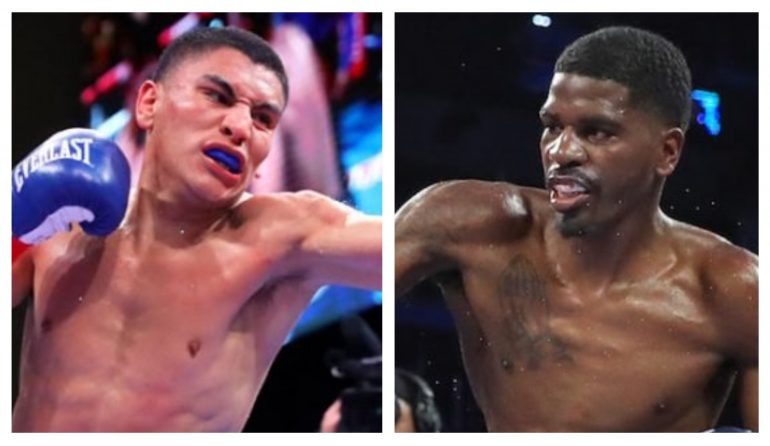 Vergil Ortiz Jr. is ready to take on the most daunting task of his career.

The unbeaten, rising star will headline his first major card, on Saturday, when he faces former junior welterweight titlist and fellow Dallas native Maurice Hooker in a scheduled 12-round contest at Dickies Arena in Fort Worth, Texas (DAZN, 8 pm ET/ 7 pm CST).

However while Ortiz described Hooker (27-1-3, 18 knockouts) as his toughest fight to date on paper, it’s not the only fight that’s on his mind.

“If a Terence Crawford fight is offered to me, I’m not going to say no,” Ortiz told The Ring.

Crawford, the WBO welterweight titleholder, has fought just twice in the past 15 months. In his most recent bout, last November, he stopped former IBF titlist Kell Brook in four rounds.

That said, the 22-year-old Ortiz is not worried about money or taking on challenging fights. In fact, he welcomes them.

“I’m not worried about the numbers,” he explained. “I’m not going to pass down the opportunity of a lifetime just because I want to get paid $2 million instead of $1 million.”

Since 2017, fans and media have been clamoring for Crawford to face unified titlist Errol Spence Jr. Together, the two American-based pugilists possess three of the four titles at 147 pounds.

But instead of fighting in the ring, both have resorted to trading barbs in the Twittersphere.

When asked what is to blame for the lack of significant fights in recent years, Ortiz pointed his finger toward the fighters themselves.

“Everybody wants to be Floyd Mayweather,” he stated. “When he retired undefeated, it made everyone else want to retire undefeated. It’s not necessarily his fault, though.

Prior to turning pro as a junior welterweight in 2016, Ortiz (16-0, 16 KOs) collected seven amateur national championships, including a gold medal at the 2013 Junior Olympics. He believes the landscape of boxing will change under his watch.

“This past generation is pretty soft; I’m not gonna lie,” he added, “but I’m here to change all of that. This generation is different.

“We’re not going to sit here and make up excuses for why we can’t fight certain opponents or saying we aren’t ready. Those are dumb excuses.”

Ortiz added that the current generation of boxers is creating unrealistic expectations for themselves, while not mentioning any names.

“How do you expect to make money if you aren’t fighting the best?” Ortiz questioned. “These guys are mad that they’re getting criticized.

“How about you just take the fights you’re supposed to get? Are you not confident in your ability to box or something?”