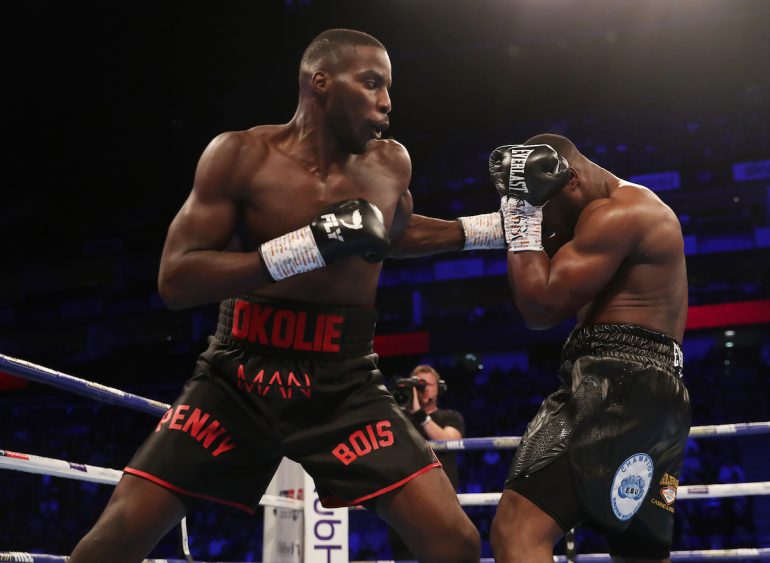 “To be honest,” shrugged The Ring’s No. 6 rated cruiserweight, Lawrence Okolie. “I don’t really pay attention to all that stuff. I just pay attention to what my coach thinks and what I think of myself. If you put in a good performance, they remember that, if you put in a bad one, they remember that, so the more wins and knockouts I get, the more in the past that proves itself to be.”

The big-punching Londoner is referring back to the rear-view mirror performances against Isaac Chamberlain and Matty Askin that promised much but delivered little and had fans turning off, dissatisfied by messy brawls. But the mood around Okolie has changed and trainer Shane McGuigan has introduced the world to a more destructive hitter in their three fights together.

“I think I’m on a four or five knockout streak, so I’m not really fussed [what people have said],” added Okolie. “I just want to go in there, bring the world title back to my mum and back to my area and I can be proud. I don’t really pay attention to that [negativity]. The pats on the back are all nice but I’ve seen people with way more pats on the back slip up in a fight, take the ‘L’ and then they’re the worst boxer ever, so I try not to focus on the critics or what people are saying. Ultimately the most important thing to be is to be a winner.”

So what has McGuigan added?

Okolie meets The Ring’s No. 3, Krzysztof Glowacki, on Saturday for the vacant WBO title and the 15-0 former 2016 Rio Olympian has plans that extend beyond the 31-2 Polish southpaw, including unifying the titles and moving up to heavyweight.

“That’s my plan,” Okolie continued. “Winning this world title is going to be great and I get to say I’m a world champion but, for me, I want to solidify my place as a cruiserweight king. When they talk about British cruiserweights, I want my name up there with the best that this country’s had and the only way to do that is to win world titles and unify and do stuff people didn’t manage to do or defend my title lots of times. I’d rather say I won two or three belts and then went up to heavyweight.” 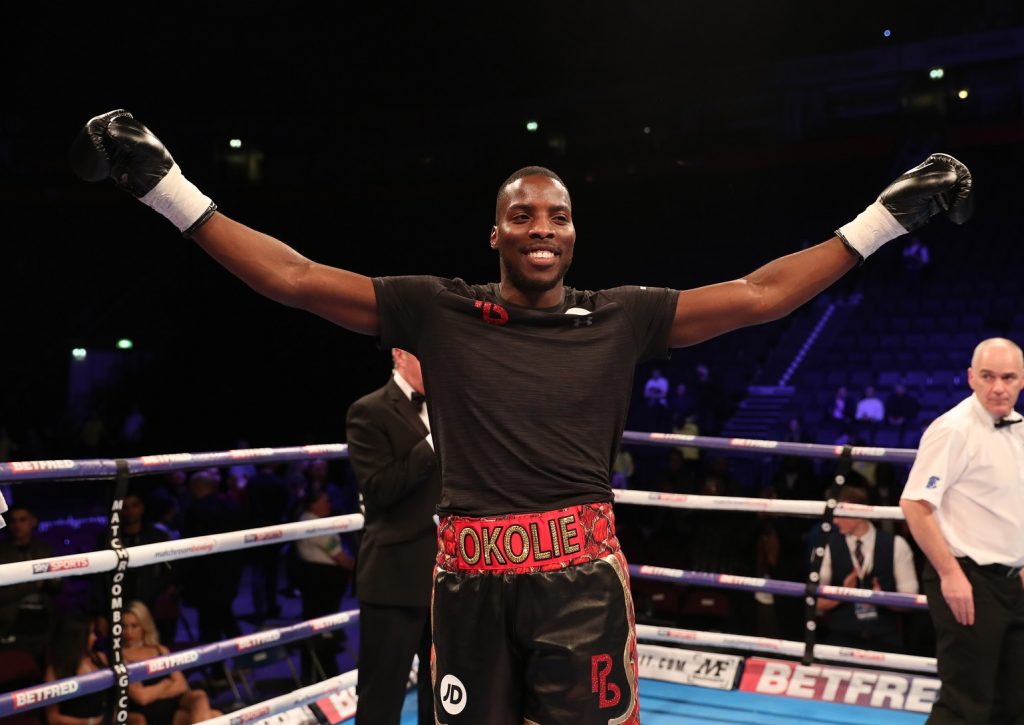 He’s not tight at the weight but the 6-foot-5, 28-year-old still has time to fill out. First things first, however, and Glowacki is the most seasoned man Okolie has faced in the pros and he’s the best he’s boxed, certainly on paper.

“Yes,” Lawrence agreed. “Everything’s on paper until we experience it in real life. He’s been in there with some really good guys, he’s got some good wins, he’s experienced, he’s not going to be scared… He won’t be afraid to be in there with a puncher.”

Glowacki has boxed the likes of Mairis Briedis, Maxim Vlasov, Aleksandr Usyk, Steve Cunningham and Marco Huck. His only losses were to Briedis and Usyk, but Okolie won’t compare himself to the others on Glowacki’s record.

“I’m not really focused on other people’s performances against him,” he explained. “I’m looking forward to putting in a good performance and one I can look back on with pride. Of course, I’d love a knockout and I’d love it to be spectacular but ultimately the most important thing is to win, then it’s the performance. Those are important to me, then after that everything else is a bonus.”

The bonuses will be added while he is on his upward trajectory because he is concerned with building a legacy, to go down as one of the leading British cruiserweights.

Asked which fighters he admired at the weight, he said: “David Haye and Tony Bellew; obviously they’re the most recent ones but they’re the ones I actually saw when I started boxing, so I would say it was those two. David Haye unified a lot of belts, beat Enzo Maccarinelli, and there’s Johnny Nelson who defended it so many times, so Britain’s had some of the best cruiserweights.”

Okolie’s introduction to boxing was comparatively recent. It’s been well-documented how, while working in McDonald’s, he watched Anthony Joshua win gold at the London Olympics in 2012 and was inspired to change his life. He wanted something else, is now signed to Joshua’s management company and this year releases a book called Dare to Change Your Life.

“The book isn’t about my career, it’s about the change in my life going from McDonald’s, becoming an Olympian, British, Commonwealth and European champion and God-willing a world champion, so it’s not necessarily an autobiography, it’s more a self-help book,” he said. “I hope it might inspire or motivate a young kid to change their life for the better.”

He certainly has changed his and this week he tops the bill on DAZN in the U.S. and Sky Sports in the U.K. and said he will take a little time to reflect on his journey.

“I usually just take it all in my stride but it’s nice to [look back] sometimes,” said Okolie. “But the only thing that matters is winning and only then have we done something, so I start looking forward to that moment.”