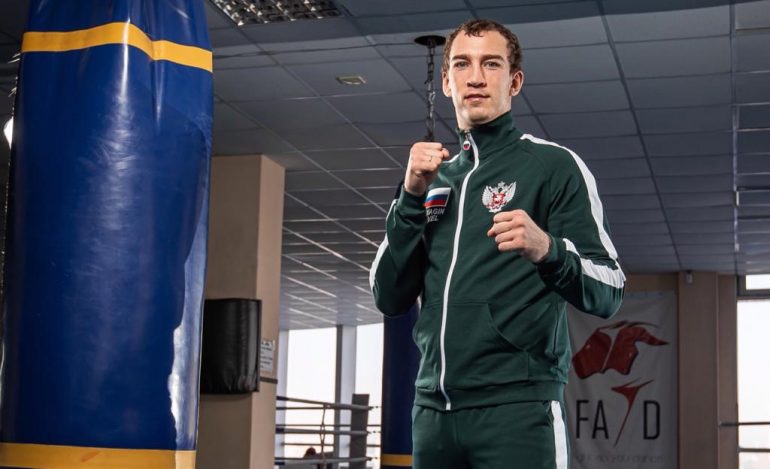 Best night of pro career and why: Silyagin is most happy with a second-round victory over the previously unbeaten Orkhan Gadzhiev last August.

“From the first second of the first round I felt in complete control,” Silyagin told The Ring through his manager, Max Alperovich. “Timing, distance, when to punch and where to punch.”

Worst night of pro career and why: The 27-year-old wasn’t happy with his win over novice opponent Artysh Lopsan although he eventually got the job done in seven rounds.

“We had plan A and plan B, they didn’t work, and we had to go to alternate options,” lamented Silyagin. “I couldn’t get to him, couldn’t do what we were planning to do.”

What’s next: On Saturday, Silyagin will step up in competition when he faces Azizbek Abdugofurov for a WBC 168-pound secondary title in what serves as chief support to Artur Beterbiev-Adam Deines at the Khodynka Ice Palace in Moscow.

“I don’t predict a brawl because of both of our styles,” Silyagin said. “We’re both more technical, chess players. I am predicting a very technical, tactical chess play. Who is going to outbox who and then I’ll go from there.”

Abdugofurov has been inactive for 19 months, which is longer than the entire duration of Silyagin’s professional career. The 29-year-old, who hails from Uzbekistan, holds wins over former WBC junior lightweight titlist Sirimongkol Singmanassuk (UD 12) and Dmitrii Chudinov (UD 12).

It’s an intriguing looking matchup that will move along the winner’s career. 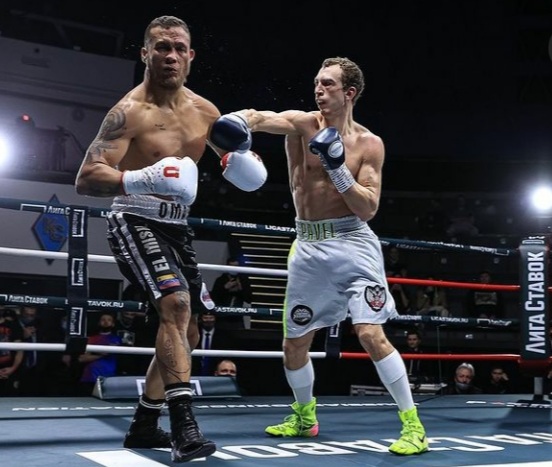 Silyagin (right) knocked out Omar Garcia in one round. Photo courtesy of Patriot Boxing Promotions

Why he’s a prospect: Silyagin had a deep and successful amateur career with over 300 amateur fights. He was the national champion in 2012 and claimed bronze as a light heavyweight at the 2015 World Championships.

Silyagin had hopes of representing Russia at the 2016 Rio Olympics, however, an internal move prevented that happening.

“The guy [Petr Khamukov] that was really fighting at middleweight, they pushed him up in weight and sent him – very political.” said Silyagin.

While Silyagin is coy when asked about his strengths as a fighter, his co-manager, Max Alperovich, was more than happy to shed some light on what his rising fighter is capable of inside the ring.

“He’s got excellent timing, I think that’s what triggers all the knockouts,” said Alperovich. “If you look at his previous knockouts, they didn’t happen because he was trying to relentlessly knock the guy out, but simply because he threw the punch at the right time. It connected when the guy was moving an inch forward, and [Pavel] countered.

“His footwork, mid-range game and long-range game are phenomenal. He moves and punches at the same time, co-ordination, boxing IQ.”

Why he’s a suspect: With his amateur experience and all-around game nothing obvious has shown up in the early stages. Silyagin has fought very much within himself. We may have more of an idea of his ceiling when he faces Abdugofurov.

Alperovich feels there are a couple of areas in Silyagin’s game that he can brush up on as he continues to step up in class.

“We haven’t seen his raw power because he hasn’t had to display it, that’s one thing we need to see and something I think he needs to improve on,” said Alperovich. “He still needs a lot more experience in the pro ranks as opposition gets tougher, but let’s not forget he beat [Oleksandr] Khyzhniak and Joshua Buatsi in the WSB. This is a serious prospect that’s going to do really, really well.

“We haven’t seen much of his in-fighting because he mostly punches and moves. I definitely think he should work on his in-fighting in case he needs to use it against a pressure fighter.”

Storylines: Silyagin was born in Novokuznetsk, in south west Siberia but moved west to Novosibirsk, which is a four-hour flight from Moscow.

“The city where I was growing up was known to be a battleground for gangs, but I always tried to stay away and in good company,” he said of his early years. “I did enjoy fighting when I was young.

“My parents were working class, they made enough money to put food on the table. It was right after the Soviet Union collapsed. There wasn’t a lot of difference in [the money] people were making unless you were an oligarch.”

Silyagin took up boxing at 11 years old after being encouraged by his father.

“My father said I need to partake in some kind of sport,” he explained. “I tried pretty much everything: karate, judo, sambo, soccer, basketball, but the reason I fell in love with boxing was the physical contact.”

The Siberian native has lofty aspirations in the professional ranks.

Silyagin is married and has a three-year-old son.

“I am a family man,” he said. “I like to travel, visit my parents and my wife’s parents. I like biking and snowboarding, stuff that gets my mind away from boxing so I can relax when I get back from training.”