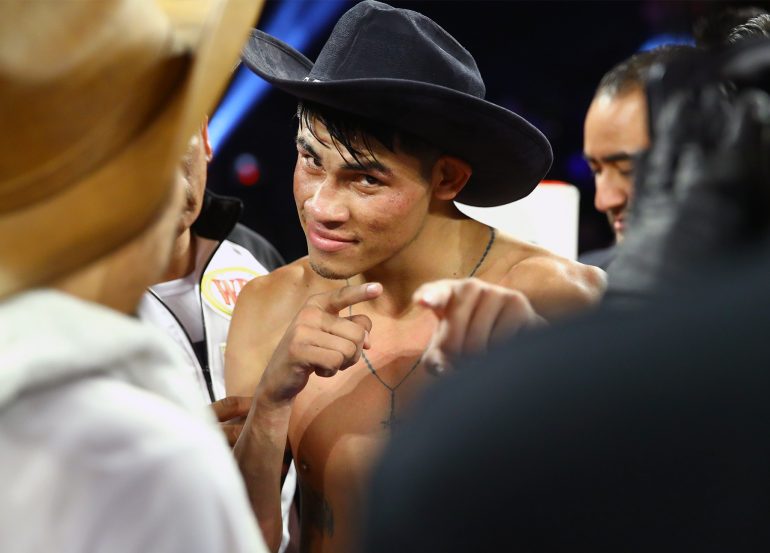 The 12-round bout will take place at the Silver Spurs Arena in Kissimmee, Florida and will air live on ESPN and ESPN Deportes (10 p.m. ET/ 7 p.m. PT).

“I am a fighter who likes to face the best, and my challenge now is to beat the tough ‘Pitufo’ Diaz,” said Navarrete, who also defended the WBO junior featherweight five times. “I know he is a good fighter, and I am sure we will give a great show to the people of Florida and to those watching us fight on ESPN, ESPN Deportes and ESPN+. On April 24, I will show that I am the best featherweight in the world. I will not let him take my championship to Puerto Rico. That belt will stay with me in San Juan Zitlaltepec, Mexico.”

Diaz (26-2, 16 KOs), who resides in Barranquitas, Puerto Rico, defeated former world title challenger Jason Sanchez by unanimous decision in his last bout, on June 23. He first fought for a world title belt in July 2018, challenging Masayuki Ito for the vacant WBO junior lightweight title. He would get dropped in Round 4 and lose by unanimous decision in an action fight.

The 26-year-old believes he has made the necessary adjustments to win a world title belt at the second time of asking.

“I have once again been given an opportunity to become a world champion, but there is something very different this time around,” said Diaz, whose other loss came against Shakur Stevenson in April 2019. “I will not fail. I will bring that much-needed world title to Puerto Rico. This is my time to become a world champion. God knows how much I have sacrificed and how much I have evolved. I live today to make my family happy and it is time to change their lives. On April 24, there is no doubt that I will become world champion.”

Berlanga (16-0, 16 KOs) has knocked out all of his opponents inside a single round. In his last bout, on December 12, the New York City resident dropped once-beaten Ulises Sierra three times before ending matters at 2:40. Eight weeks prior to the Sierra knockout, the 23-year-old stopped Lanell Bellows at 1:19.

Nicholson (23-3, 20 KOs), who resides in Laurel, Maryland, defeated Mike Guy by split decision in February 2020 and has not fought since. The 28-year-old has won his last five outings since losing by knockout to former world title challenger Jesse Hart in April 2018.