Sugar Ray Leonard: If my win over Marvin Hagler could be reversed to bring him back, I would give it away 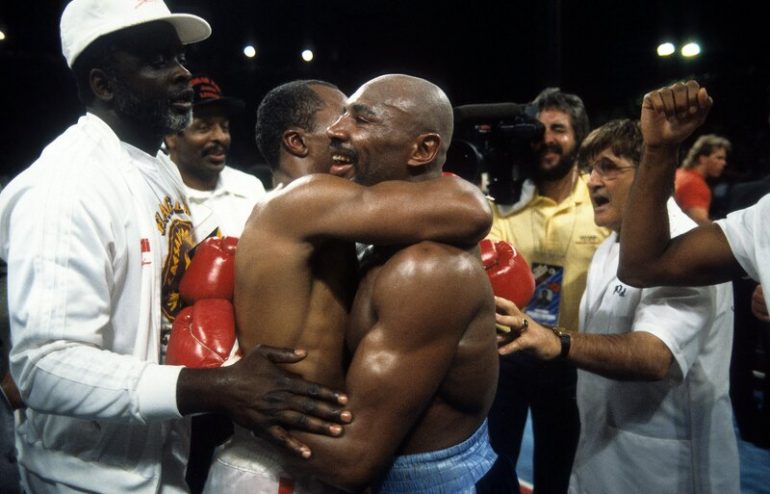 The boxing world has been on its knees since the passing of former undisputed middleweight champion Marvelous Marvin Hagler on Saturday.

The outpouring of grief from fighters, champions, boxing insiders, celebrities, fans and media underline just how much this legendary fighting man meant to his chosen sport and beyond. He was the definitive warrior, an all-time great and a remarkable human being.

Hagler’s final professional opponent, former five-weight world champion Sugar Ray Leonard, scored a sensational split decision win over “The Marvelous One” to lift the middleweight championship on April 6, 1987. On the many occasions we’ve spoken about that fight or any of the others he had, Leonard has always been so full of life reliving those epic nights.

There was none of that when I spoke to him on Monday.

“I was at home when I heard and it was such a shock,” Leonard said when asked how he’d found out about his former adversary’s passing. “My son, Ray Jr., called me and said, ‘Marvin’s gone!’ … It just blew my mind, it was so shocking that I can hardly even describe it. It was just surreal, he was such a special guy.”

In the same way that you’re either Elvis or The Beatles, the vast majority of fight fans are either Hagler or Leonard. Even if you claim to appreciate both, you’ll always prefer one over the other. Almost 34 years on from their classic superfight, however, it was Leonard’s appreciation for Hagler that was visceral.

“He was a major part of my career,” said the ex-champion. “I’d fought Roberto Duran, Thomas Hearns and Wilfred Benitez, so there was that line of talent during an incredible era. All those moments, those fights, were exciting, but Hagler definitely brought out the best in me.

“He was looked upon as unbeatable, especially in the 80’s, he was such a dominant guy. Check out what he did with Thomas Hearns [in April 1985]. I was at that fight, doing commentary [for HBO], and I was contemplating making a comeback. I saw that fight and said, ‘No, I’m okay!’” 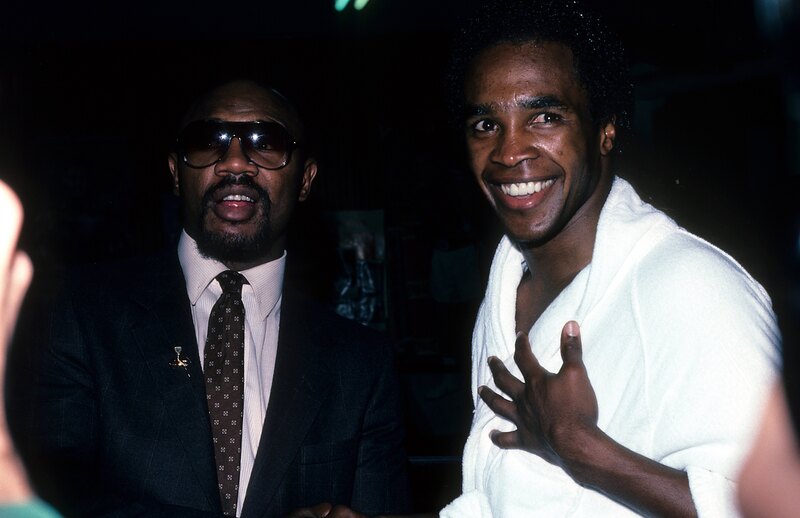 Leonard would be the first to admit that the version of Hagler he eventually faced had declined. Part of the reason he jumped at the chance to come out of retirement was because he noted that John “The Beast” Mugabi was outboxing the Brockton destroyer in spots before being brutally knocked out in the 11th round. But having covered the majority of Hagler’s 12 successful title defenses as an expert analyst, Leonard is well-placed to assess the abilities he possessed in his prime.

“Well, first of all, he was always in tremendous shape,” offered the Hall of Famer. “He punched hard, he had great handspeed, he was ambidextrous; lefty or righty [stance], and he had knockout power in both fists. That southpaw jab was a power punch, a shot that would knock you straight back or knock you out.

Hagler leaves behind a wonderful legacy. His blue collar work ethic, talent, determination, guts, legendary durability and willingness to take on anyone in his realm made him singular.

“Marvelous Marvin Hagler was one of the greatest middleweight champions of all time,” stated Leonard before closing off with the most poignant of statements. “I can’t believe I’m saying it, but it’s true: If my win from April 6, 1987 at Caesars Palace could be reversed to bring him back now, I would give it away. That’s how much…”

The great Sugar Ray didn’t finish that sentence. Following a pause, he said simply, “Do you get me?” I got him and there was no need for me to ask any more questions.