Teofimo Lopez in brand-building mode, that means fight is looming, and there’s tequila to talk about 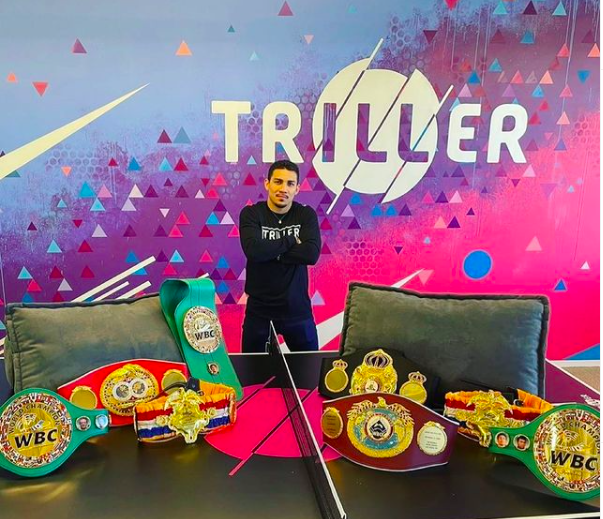 If you aren’t making money in your sleep, you will always be working for someone else. Have you seen that adage floating around? It’s been making the rounds on social media recently. I thought of that the other day when I got a release which informed me that Teofimo Lopez, the 23 year old lightweight champion from Brooklyn, NY, is part-owner in One With Life Organic Tequila. 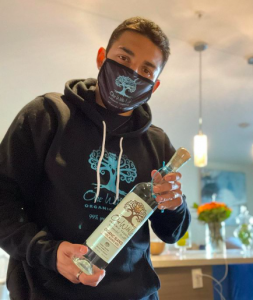 “Stuff is smooth, Woods,” the fighter told the reporter. No taste test was held, virtually or otherwise, for the record.

Get this, who else is in this endeavor with young Mr. Lopez: Larry Holmes, “Boom Boom” Mancini and Maureen Shea have paired with Lopez, and the founder of the spirit, Lisa Elovich.

Elovich is a familiar name within the boxing community, she’s promoted (“Pugnacious Promotions”) and made matches on dozens of shows, between 2005 and 2011, in the upstate NY region.

Props to the Long Island, NY native, as a promoter, as it seems to me that Lopez could be a fine fit as an endorser of this tequila, which looks to have a distinct identity.

In a 2016 Albany Business Review piece, Elovich shared how “One With Life” came to be.

“I read as much as I could,” she said. “I followed a guy who owned a bottling company and asked if he would be my consultant. I flew down to Mexico and he took me around to several tequila distilleries. I wanted it to be organic. That’s important to our family — we shop at the farmers’ market; my son is a vegetarian and my daughter is a vegan. There aren’t a lot of organic distillers in Mexico. The one I ended up using was spotless. The distillery owner is a cattle farmer and makes tequila as a passion. It’s a small family-owned business.”

Lopez sensed that the product is imbued with some soul, and he agreed to hop in and work as part of a crew to juice up the recognition factor. The brand tag line, “When you are One With Life, the Universe is in your corner,” spoke to him, Lopez told me.

“That’s what it symbolizes to me, being one with life, I see it as being 99% and then 1% wild,” said the fighter, who will start camp for his June 5 fight against George Kambosos in about three weeks. So, no, he’ll not be engaging in taste testing sessions with Larry, Boom Boom and Maureen. But, I pressed him, is this stuff any good?

“It’s really great, for real,” Lopez said. An occasional wine or beer is more his speed, but it sounds like the flavor and smoothness of One Life is making Lopez mindful of adding tequila into the mix more often. “You can drink it straight, no lime, no salt, very smooth.”

He also likes that he’s dealing with a woman-owned business, he shared. 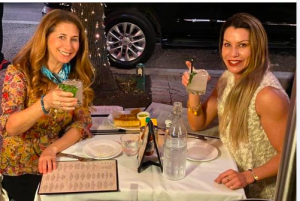 Lopez is 23 and widening out his world view. That’s been happening for awhile, but it acclerated when he met his current wife, in 2018. And yes, the world view is being influenced by the choppiness of the age we are in. The pandemic, unless you live on an island and have no WiFi, has made sentient beings do more pondering about who we are, and what our mission in life is.

Add to that the fact that Lopez experienced more than enough boxing business politics in the last year. Hashing out a purse for his Oct. 17, 2020 fight against Vasiliy Lomachenko took energy, as Team Lopez went back and forth with promoter Top Rank on that matter. And he beat Loma, but no, everything didn’t all snap into place and get ultra smooth and chill. Sparring escalated in the last couple months as Lopez and manager David McWater worked to firm up his next bout. It would be against George Kambosos, it was decided, but not in NY, because COVID hadn’t been flattened.

Top Rank and Lopez were not on the same page assessing the value and worth of the fight, and the fighter, so an auction, a purse bid, was set up to reach an agreeable purse. Triller slid in, like the slickest DM jockey, and bought the Lopez-Kambosos package. Teofimo’s temper flared some as the process played out. He tried to remind himself plentifully that it was “just business,” and did a pretty decent job of it. But his spirit and passion spilled out a few times, and it’s clear he’s still trying to figure out the right allocation of energy to the way it played out.

I asked Teofimo if he’s received some takeaways since that conflagration with Top Rank played out publicly. “I’ve learned to not speak so much about it,” he said. “But there’s a reason I got a little personal myself.” The back and forth, the drama of it, it got to his mom. Seeing mom cry pissed him off, and he wanted to solve it, take away her worry and anxiety. “I went to hold her,” he said, communicating a picture that gives insight into the depth of his emotions that surfaced. “Yeah, that I don’t take lightly,” he said. So, he’s still wrestling at feeling those emotions, and sifting, what was business, what was personal, or felt personal. He said people saw how he snaps into a different mode when his family gets talked about, that was on display when he met Diego Magdaleno on Feb. 2, 2019. “That don’t roll with me,” he said. 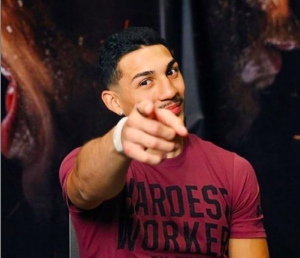 Fingers sure were pointed as the deal to make the Teofimo Lopez-George Kambosos got hashed out, and the young boxer is still sorting out that back and forth.

Blame me, I went there. Teofimo even started to say, “All that altercation such and such, we can focus on it after my fight,” but I think it is news-worthy to ask about and learn how he’s acclimating to the new reality, of being a well-known and wealthy public figure.

Teofimo moved for a spell last year, from NY to Arkansas, where his wife has family. Now, they have settled in Vegas as state of residence. He’s been working out plenty, he said, and you can see how he looks in gym visits. He’ll not be looking past George Kambosos, he stated, at one of those younger guns like Devin Haney, Ryan Garcia and Gervonta Davis. “Kambosos is hungry, he’s someone who wants to dethrone me. I see him as a hungry lion. Any guy that fights me, they’re gonna kill themselves for it. All the social media stuff with Ryan Garcia, and Tank, and Haney, all that known and unknown, I recognize that I’m definitely not gonna overlook George. And whether it’s gonna be in four, five months after, Ryan, Devin, Tank, send me a contract, and we’ll see who really wants to fight. Those guys, who have all their internet bots they pay for, why should they expect me to come to them, when I have all the marbles?”

Lots to juggle with his new reality. He’s now the man, and so he has targets attached to him, from fighters who want to take him down and grab his buzz. The lingering ripples from his Top Rank track-runoff will hang over-head, to some degree or another.

I sense that he’s grappling with that smartly, by putting his energy into WORKING, into training.

“Am I excited about it being in Miami? Fuck yeah! I’m very excited for June 5, in Marlins Park, it’s gonna be like a movie,” he said. “In Miami, the weather, all the beautiful people. Man, you think of all the people I got in the city, and I’m all day Brooklyn, I got double that in Florida, south Florida.” His fam moved from Brooklyn to south Florida when he was six, so it will be a home-coming for him. In his seventh pro fight, Lopez fought in Florida, in Tampa, and rose to 7-0 with 7 KOs by downing Josh Ross in round two.

“I’m an entertainer, man, I’m repping 954, 305, 718, Broward, Miami-Dade County,” he said. “Miami is my home.” There’s also an implication that as with any magnetic attraction, they can make a new stop “home,” because they draw crowds, attention, buzz, money, love.

That June 5 show will have some “special guest stars” that will bowl people over, he said. One person who will do some commentary with Snoop, he said, is an A lister who will inject the brand of boxing that night with strong serum. He wouldn’t tell me who it was, though. 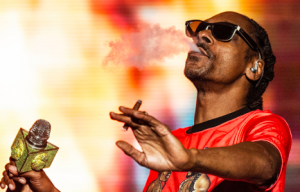 We know Snoop is pro puffery, not sure his stance on tequila.

Snoop and Mario Lopez will be part of that.

Teofimo is in a new sphere, now he spends time with the Tysons and people of that ilk not as a contender on the cusp, but as an established but still building brand. The tequila play, in the age we’re in, makes sense.

“Smart man, liquor business, that’s where it is. Woods, this is The Takeover, this is our breakout year. This fight, then either Ryan Garcia, Devin Haney, or 140 pounds next.”

At some point, maybe not til June 6, I bet Teofimo will drink some “One With Life” to that. As he counts down to fight night, though, he will stick to water.