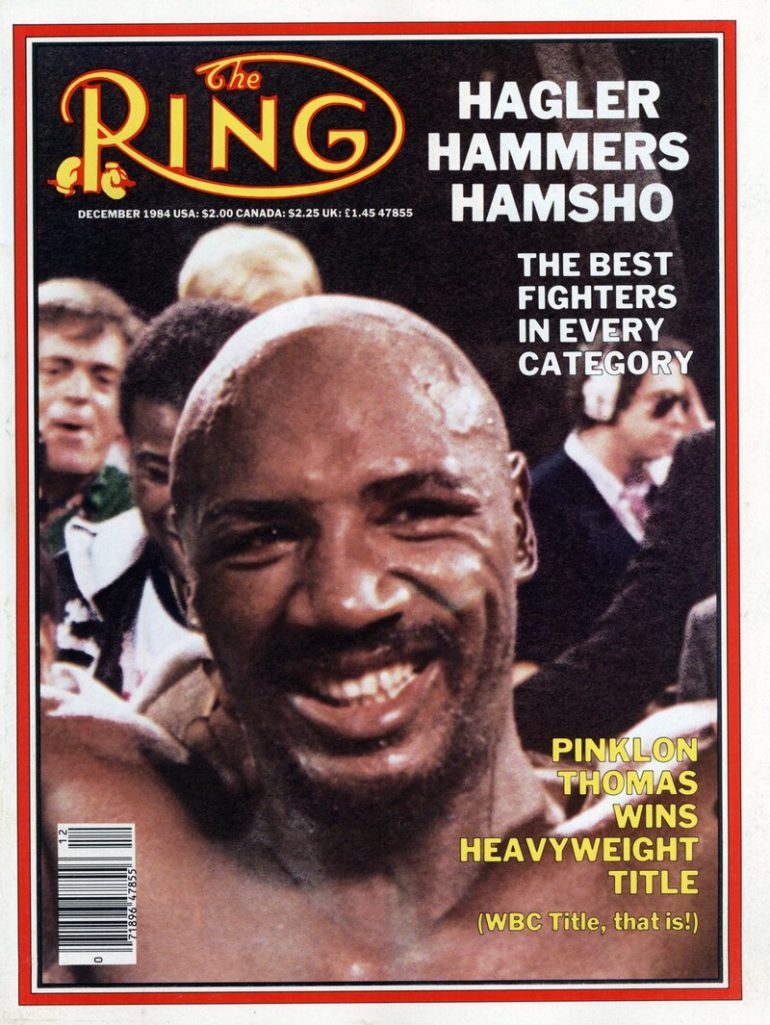 In the social media strata in which we live, where a kindly worded gesture to a dying friend can be twisted into unsubstantiated agendas, even the passing of a fistic legend can be pulled into the breach.

The announcement of Marvin Hagler’s death on Saturday not only touched the boxing world—it touched the world.

Fellow legend Thomas “The Hitman” Hearns wrote the following on Instagram beseeching prayers from the public for his former rival: “A real true warrior Pray for the king and his family.. he’s in ICU fighting the after effects of the vaccine! He’ll be just fine but we could use the positive energy and Prayer for his Full Recovery!”

Although, the only words some saw and ran with was this … “he’s in ICU fighting the after effects of the vaccine!”

Hours later, Hagler’s wife, Kay, announced on Facebook: “I am sorry to make a very sad announcement. Today unfortunately my beloved husband Marvelous Marvin passed away unexpectedly at his home here in New Hampshire. Our family requests that you respect our privacy during this difficult time.”

Kay Hagler went to say on Monday through Facebook:

“I would like to speak with my heart to all of you. I apologize if my English is not written correctly but I hope everyone understands me in this difficult moment.

“After 31 years the love of my life is gone and my life without him no longer makes sense, but I can feel him next to me even now and he’s telling me not to give up and be strong for him.

“Thank you for your love, he loved people so much, he loved you all he was happy when he read your comments he was a special person the most beautiful person I had ever met in all my life.

“I was the only person close to him until the last minute, and I am the only person that know how things went not even his family know all the details and I do NOT accept to read some stupid comment without knowing really what happen. For sure wasn’t the vaccine that caused his death. My baby left in peace with his usually smile and now is not the time to talk nonsense.”

“Allow us to have our peace. Our love and respect to Marvin and his family, this is not an anti-vaccine campaign … It’s outrageous to have that in mind during the passing of a King, Legend, Father, Husband and so much more.”–Thomas Hearns

Even Hagler’s own website stated that the all-time middleweight great died of “natural causes.”

In a statement, it read: “We are very sad to report that Marvelous Marvin Hagler died on March 13 of natural causes near his home in New Hampshire. He was a champion until the end. His family asks for privacy at this time of sorrow.”

Yet, the myopic social media swill ran with the “after effects of the vaccine!” It let loose a torrent of speculation on social media as to the cause of Hagler’s death that was not official—providing fodder for the anti-COVID vaccination mob to scream from the mountain tops their anti-vaccine messages on social media.

It was enough for Hearns to clarify his message later on Instagram to say, “Allow us to have our peace. Our love and respect to Marvin and his family, this is not an anti-vaccine campaign … It’s outrageous to have that in mind during the passing of a King, Legend, Father, Husband and so much more.”

Death is never kind. It grabs where and what it can, taking many, like Hagler at age 66, who were far too young, and far too good. It doesn’t pretend to care, nor does it pretend to distinguish.

Neither, apparently, does the blight of social media.