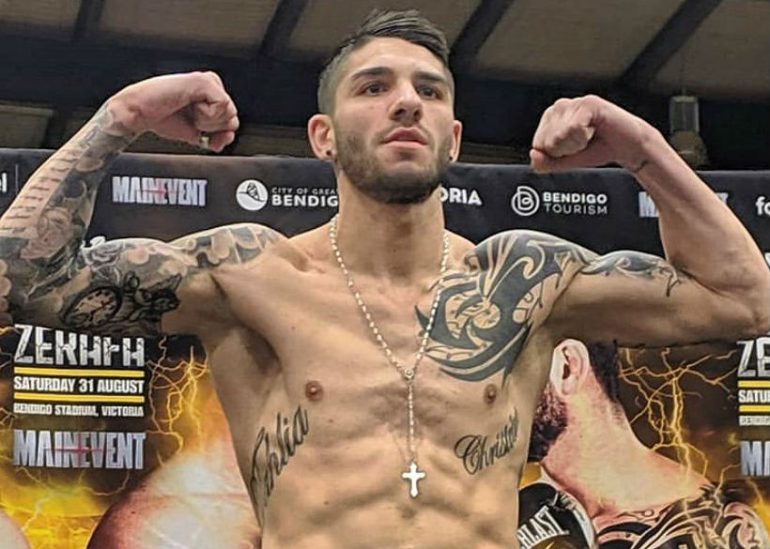 If Saturday marked the end of Anthony Mundine’s 21-year pro boxing career, as many suspect, it was a sad note to end on.

The former WBA super middleweight titleholder was dropped twice in round one by fellow Australian Michael Zerafa at Bendigo Stadium in Bendigo, Australia before the fight was called off at the 2:09 mark. The loss was the third straight for Mundine, and his second time to be knocked out in round one in three bouts, following his 2018 blitzing at the hands of Jeff Horn.

Mundine, 45, was hurt midway through the opening round by a left hook from the 28-year-old Zerafa, and a barrage of follow-up punches sent Mundine to all fours. Mundine beat the count, but was unsteady as he tried to defend. Another right hand to the temple sent Mundine back down, and this time to the referee decided no count was necessary.

The win is the latest domestic feather in the cap of Zerafa (28-4, 17 knockouts), following his 2019 upset knockout win over Horn. The momentum from that win was blunted when he lost a decision in a rematch to Horn several months later. Zerafa hopes to get in the ring next with another of the country’s biggest fight names – Tim Tszyu – calling out the son of the International Boxing Hall of Famer afterwards and daring him to “stop f–king running.”

For Mundine (48-11, 28 KOs), his in-ring career appears over after saying he “doesn’t have the heart” to continue fighting any longer.

His sentiments were echoed throughout the Australian boxing scene. Former IBF junior welterweight titleholder Lovemore Ndou tweeted: “Time to call it a day my brother. You got nothing left to prove.” Fox Sports commentator Dan Ginnane wrote: “There is something very wrong when there is a body willing to sanction this. Only positive is it ended quickly and Mundine didn’t cop as many blows as he could have.” Commentator Ben Damon wrote that, while the result was to be expected, “What a legend he has been regardless!”

A controversial figure for his polarizing and outspoken statements, Mundine rose to become one of the most recognizable figures in Australian sport. The highlights of his career include a 2009 split decision over the previously unbeaten Daniel Geale, a 2006 decision win over Danny Green, and a tough showing against a prime Mikkel Kessler in 2005.