Will Dennis Contreras spoil his way into contention versus Hairon Socarras? 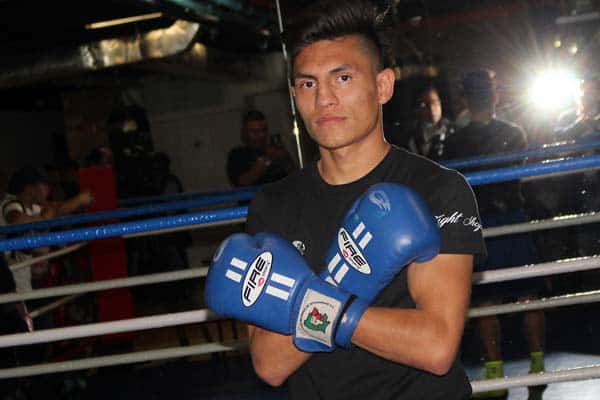 Boxing is indeed the theater of the unexpected.

Two years ago, Dennis Contreras was a gatekeeper to prospects and unbeaten featherweights. However an impressive victory in his next fight could lead him down the path toward contender status.

At Thursday’s weigh-in, Contreras weighed in at the featherweight limit of 126 pounds. Socarras weighed 125 pounds.

Contreras (23-10-1, 21 knockouts), who resides in Guadalajara, Mexico, was winless in his previous five bouts upon entering his clash against then-unbeaten Fernando Garcia, in May 2019. Contreras outworked Garcia to win by majority decision.

The 28-year-old would not fight again until August 28 of last year against Belmar Preciado of Venezuela. Despite being down on two scorecards, Contreras hurt Preciado in Round 5. Moments later, after an accumulation of punches dropped Preciado, the fight was stopped.

In his most recent bout on October 2, Contreras knocked out previously-unbeaten Carlos Efrain Flores of Tijuana in Round 6.

Having breathed life back into his career, Contreras could be a win away before facing some of the top contenders at 126 pounds. Promoter Tuto Zabala Jr. is impressed at the progress Contreras has made, especially under the tutelage of a former world titleholder.

“Contreras seems to have made a complete 180-degree turn in his career,” Zabala, the head of All Star Boxing, told The Ring earlier this week. “He has won his last three fights, including two against unbeaten fighters, and has won a regional title belt. He is a fighter who has now dedicated 100 percent to his career and he’s worked a lot with his trainer Alejandro ‘Cobrita’ Gonzalez.

“We look forward to showcasing him on Boxeo Telemundo until he gets a world title shot, which is his dream. He recently signed a co-promotional deal with us and with Nelson Lopez Jr., of Nelson Promotions. We hopes he gets ranked soon.

Socarras (23-1-3, 15 KOs), who is originally from Cuba and now resides in Miami, Florida, also fought on the same October 2 card Contreras headlined, stopping journeyman Julio Buitrago in Round 3. It was his first fight in nearly a year, after he was stopped in Round 9 by Ryan Walsh, of England.

Four of Socarras’ last six victories have come by stoppage.

The White Sands Rehabilitation Center runs a program with a mission to “KO Drug Addiction,” in which patients, including a few fighters, have recovered from drug abuse. Middleweight and former patient Chris Galeano (11-1, 2 KOs), of nearby Brandon, will face Brazil’s Alex Sandro Duarte (15-10-1, 12 KOs) in a six-round bout.

In junior middleweight action, Homestead, Florida’s Chris Otero (3-0, 2 KOs) will square off against Martez Jackson (4-4-3, 2 KOs), of Valdosta, Georgia, in a four-round bout.