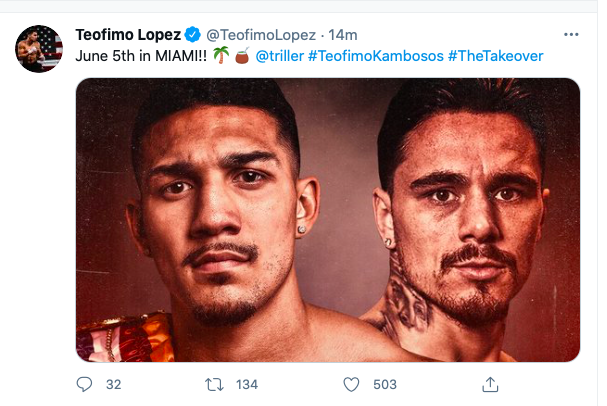 Teofimo Lopez is chomping at that bit to get in the ring, and now the Brooklyn born boxer can fine-tune his focus, because a date and site are seemingly set.

Lopez, age 23, coming off a superlative effort against Vasiliy Lomachenko last October, will tango with George Kambosos on June 5, in Miami, according to a Lopez post to social media.

Most of you reading this know that Triller, the upstart presence in the boxing promotional sphere, won on Feb. 25 the purse bid to stage this contest, a mandatory defense of the IBF lightweight crown for Lopez (16-0 with 12 KOs). 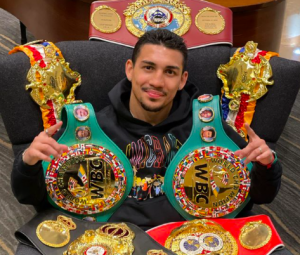 The Australian Kambosos, age 27, will head to Florida with a 19-0 (10 KOs) record, and underdog status, being that Lopez proved to the masses that his walk can match his talk, against the Ukrianian technician.

Teofimo, the RING, IBF, WBA and WBO 135 champ, posted to social media after 8 PM Eastern that June 5 is to be circled on fight fans’ calendars.

“Miami will be great for him,” McWater said. “He grew up right there. The family left Brooklyn when he was 8, so he was in that area for ten years.”

Kambosos promoter Lou DiBella said yes, June 5 in Miami is a go. But he wasn’t enthralled with the rollout of the specifics. “I’m the promoter of Kambosos and it would have been nice to get the heads up from Triller,” he said.

Poor form, DiBella believes, in not looping him and the challenger in regarding the date of the match and the location. 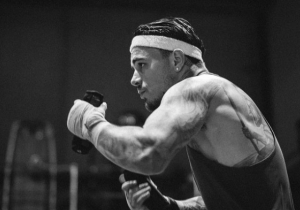 “And by the way, that’s outside the 90 days as stipulated by terms of the purse bid,” the NY-based promoter stated. “But you can tell Triller, because I’m an agreeable person, that it’s probably acceptable anyway.”

The road to get here featured much drama and intrigue. So, it makes sense that we get a bit more now.

Also, it’s interesting, it’s seeming like Miami is emerging as a fight site more than before.

Matchroom placed the Feb. 27 Canelo Alvarez-Avni Yildirim card in Miami, and it makes sense, from a marketing perspective.

That locale, that vibe there, it would fit fighters like Alvarez, and a Lopez, who is young, flashy, and inclined to give entertainment bang for the buck, which is what is expected down there.