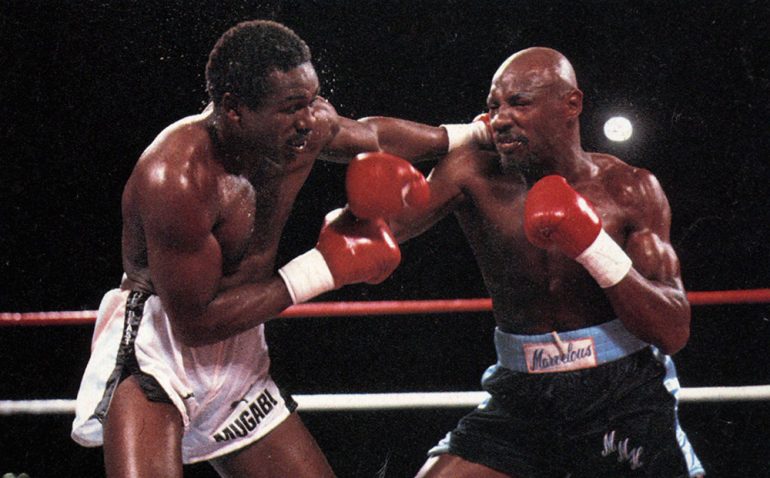 Hagler could take it just as well as he dished it out. Photo: THE RING
10
Mar
by Doug Fischer

Marvin Hagler’s most notable fights came against the three other Kings of the 1980s, the surprisingly competitive 15-round points victory over Roberto Duran, the breathtaking shootout stoppage vs. Thomas Hearns, and the controversial split-decision loss and swan song against Sugar Ray Leonard.

Other stars of the 1980s who could have provided high-profile challenges to the undisputed middleweight champ fell by the wayside. Wilfred Benitez, the brilliant boxing talent from Puerto Rico that some call the “Fifth King”, peaked during his early ’80s junior middleweight title reign and his career lost momentum following a decision loss to middleweight contender Mustafa Hamsho in 1983.

Welterweight champ Donald Curry, who shared Ring Magazine’s 1985 Fighter of the Year honors with Hagler and was hailed as a pound-for-pound player, crashed and burned vs. unheralded Lloyd Honeyghan in 1986. 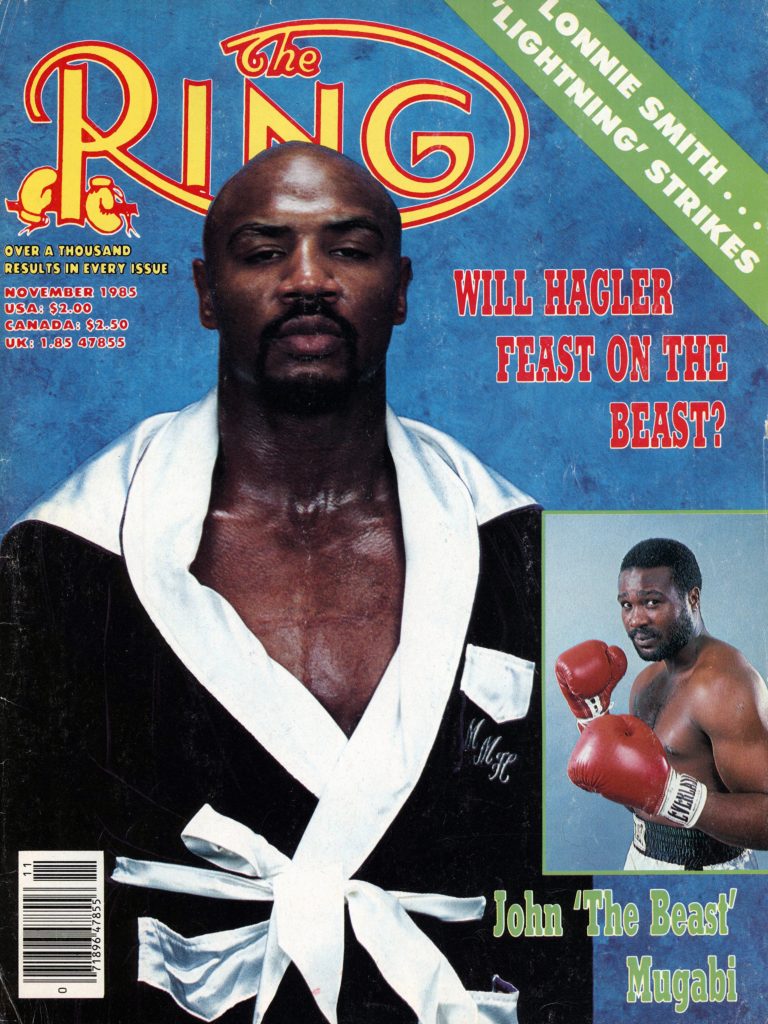 Marvin Hagler and John Mugabi on the November 1985 cover. Photo / The Ring Magazine via Getty Images

The closest Hagler would get to a big event without the help of his fellow Kings would be his showdown with John “The Beast” Mugabi on March 10, 1986. Mugabi is little more than a footnote now, but 35 years ago the powerful Ugandan was must-see TV as he blazed his way to 25 consecutive wins by way of knockout. Mugabi rolled over his share of junior middleweight and middleweight journeymen, but his KO victims also included battle-tested veterans Doug Demmings and Curtis Parker, as well as world-rated James “Hard Rock” Green and fellow TV-friendly banger Frank “The Animal” Fletcher.

By the time he challenged Hagler, Mugabi was the No. 1 contender in all three sanctioning organizations (WBA, WBC and IBF) and he proved to be worthy of his lofty ranking during what can only be described as a battle of attrition. The Beast showed Hagler that he had boxing talent, craft, resilience and heart to go with his heavy hands. Hagler, who was beginning to show signs of aging and was admittedly not as hungry as he’d been during the late 1970s and early part of his title reign, proved to be a stubborn old champion that simply refused to give up his throne.

This fight would be the final victory and middleweight title defense of Hagler’s hall-of-fame career. It kicked off Showtime’s Championship Boxing series and encouraged Leonard to come out of retirement (to challenge Hagler the following year). The following photos are from The Ring’s Getty collection are brought to you by TITLE, the boxing equipment and gear company that makes the Ring Magazine championship belts. 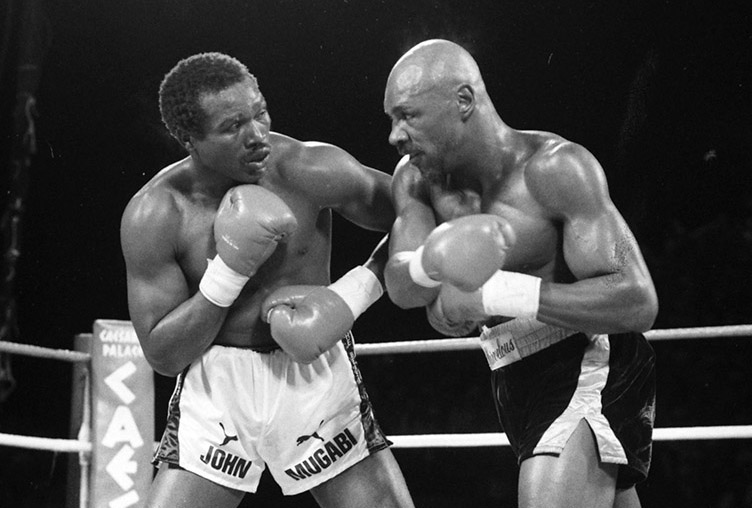 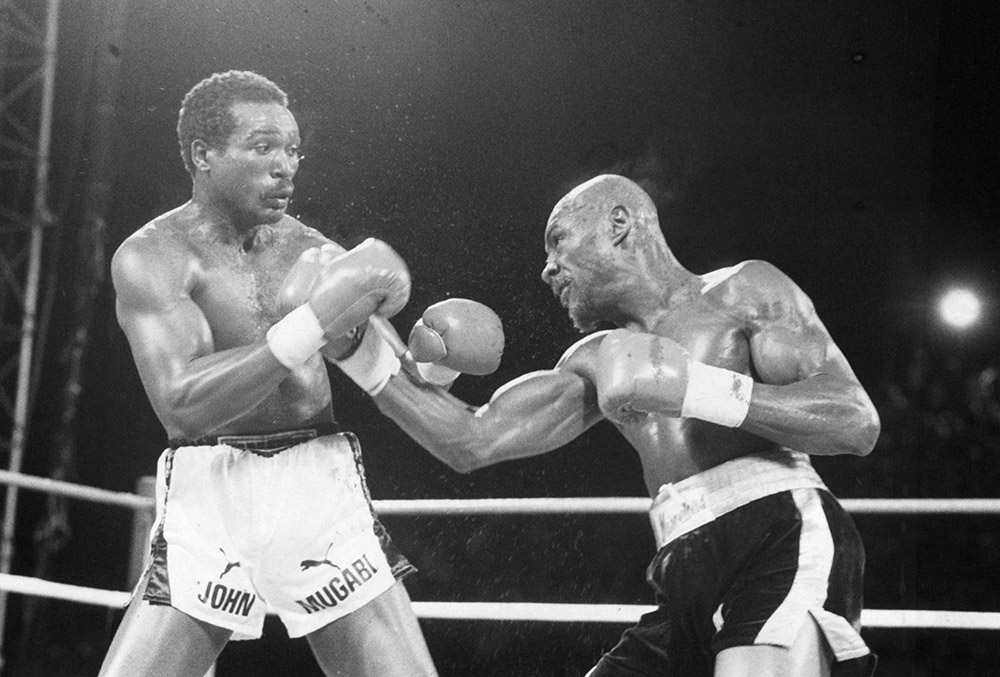 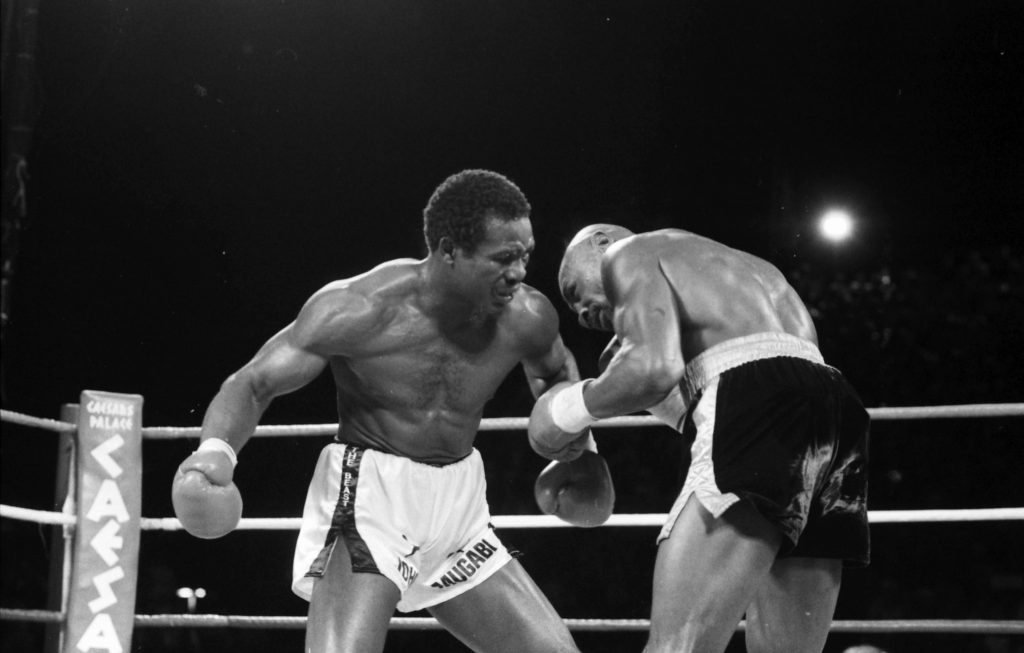 Both fighters employed brutal body attacks throughout the fight, and Mugabi gave as good as he got. Photo / The Ring Magazine via Getty Images 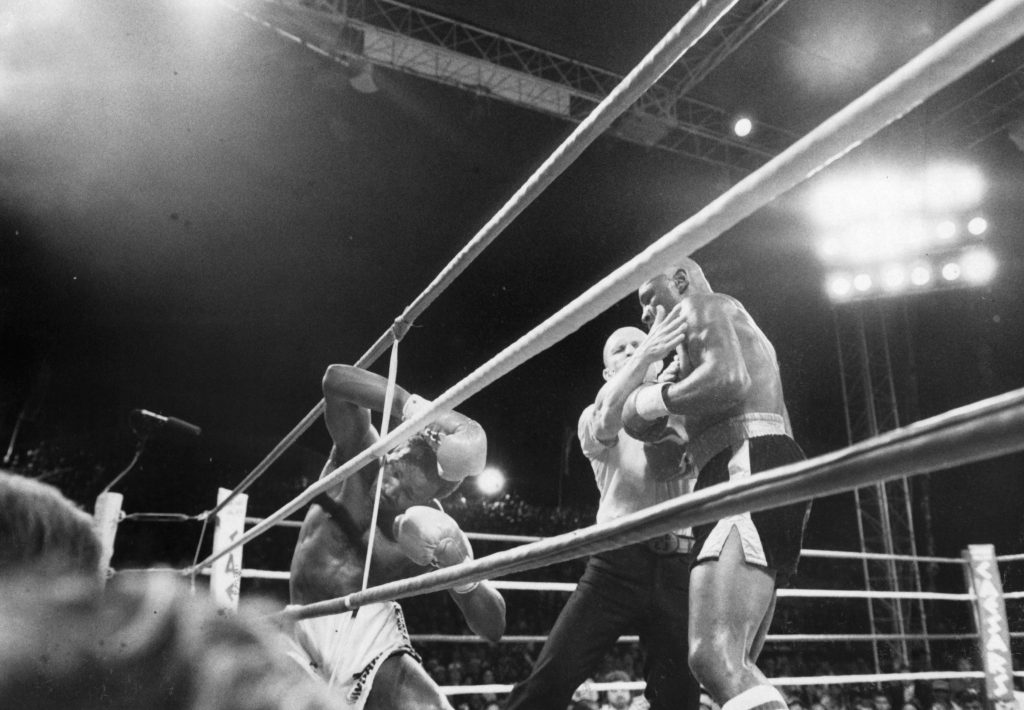 However, Hagler’s championship experience and Spartan conditioning eventually wore the gallant challenger down to a dramatic 11th-round KO. Photo / The Ring Magazine via Getty Images