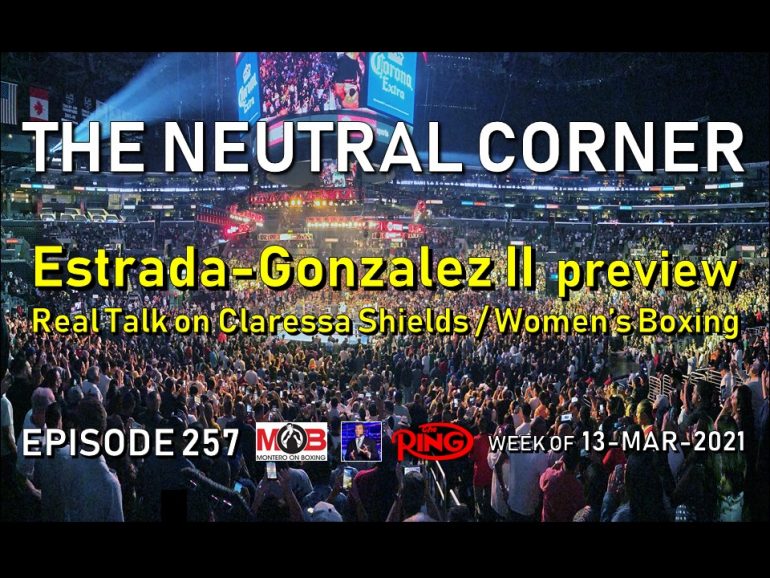 On episode 257 of The Neutral Corner boxing podcast, host Michael Montero caught up on the latest news in the fight game, and gave plenty of opinions as well.

It was recently announced that undefeated American lightweight Devin Haney and former champion Jorge Linares have agreed to terms to fight in May (location/venue TBA). Montero argued that Haney must not only dominate Linares, who has been stopped five times in his career, but knock him out to keep pace with Ryan Garcia’s win over Luke Campbell last year.

After this weekend, Premier Boxing Champions (PBC) has no fights scheduled on the calendar. The only bout that has been reported (but not yet officially announced) is a PPV card headlined by former heavyweight champion Andy Ruiz Jr and long-faded former contender Chris Arreola. At present, none of PBC’s biggest stars (Gervonta Davis, the Charlo brothers, Deontay Wilder) have fights scheduled.

Meanwhile, rival promoters such as Matchroom, Golden Boy and Top Rank have officially announced events  scheduled through May.

Montero also opined on Claressa Shields and her self-proclaimed “GWOAT” (Greatest Woman of All Time) status. RING currently rates lightweight champion Katie Taylor at no. 1 pound for pound, and Shields no. 2, which some fans deem controversial. However, Taylor has defeated two fighters currently rated on RING’s pound for pound top ten list, compared to zero for Shields. To date, the Michigan native has won two world titles at 168-pounds and five each at 160-pounds and 154-pounds. However, eight of those twelve titles were vacant and five of them were inaugural belts. Montero argues that although Shields has the hardware, Taylor has faced the better opposition, and that is what matters the most.

There were two major fight cards of note last week.

On Thursday, March 4 in Puerto Rico, Brandon Adams scored a come-from-behind stoppage win over the previously unbeaten Serhii Bohachuk. The Ukrainian was ahead on all three official scorecards when Adams caught him with an explosive left hook toward the end of the eighth round. Bohachuk was dropped hard from the shot, made it back to his feet, but was badly hurt, and referee Ramon Pena immediately called off the bout.