Cecilia Braekhus vows to exact revenge on Jessica McCaskill, insists rematch will not be close 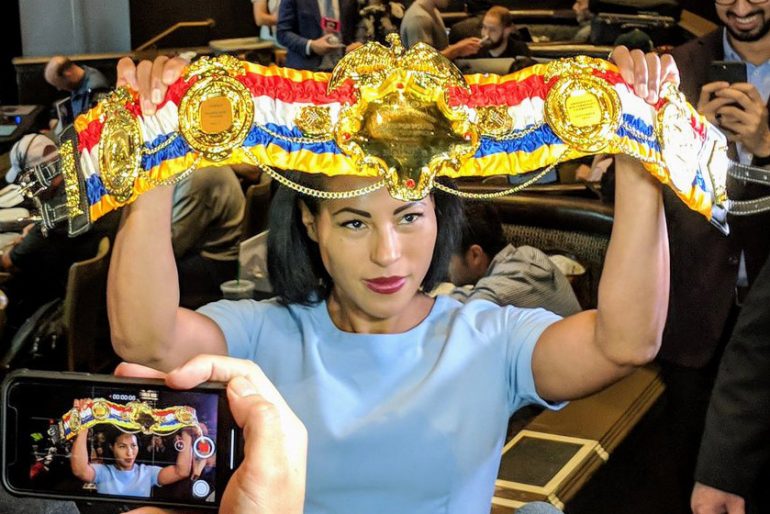 Fighters live to hear the immortal words “and NEW!!!!” No two words could ever mean more to a challenger when a championship fight concludes.

Former undisputed women’s welterweight champion Cecilia Braekhus heard those words  in March 2009, when she outpointed Vinni Skovgaard for two vacant 147-pound belts. From that moment on, through 25 title defenses, all that the Norwegian technician heard was “and STILL!!!!” It wasn’t a question of whether Braekhus would win a fight, but how she would win it.

On Aug. 15, 2020, in Tulsa, Oklahoma, a ring announcer bellowed, “and NEW!!!” once again. Chicago’s Jessica McCaskill, a huge underdog, had put forth enough of an effort with her pressure-packed, volume-punching style to earn a sensational majority decision win. Many felt the verdict was controversial, that Braekhus should have retained her four world titles, but opinions did not matter. The champion was now an ex-champion and had lost for the first time in 37 starts.

Preparation hadn’t been ideal for Braekhus, who found herself in a perpetual six-month training camp. She had travelled to Abel Sanchez’s training base in early 2020 and remained there when the pandemic and subsequent lockdown process began in March. She never left and claims to have been physically and mentally exhausted by the time the McCaskill bout took place.

On Saturday, the pair meet again in an eagerly anticipated rematch at the American Airlines Center in Dallas. Will it be repeat or revenge?

“Last time it was more about surviving training camp and just getting through it,” Braekhus told The Ring recently. “This time I’ve been getting stronger every week. The sparring has been great, I just feel like I’m getting better and better and that’s a very good feeling.

“My head is where it’s supposed to be now. It’s not thousands and thousands of miles away, being concerned about family and friends. That [affected me], but now I can focus and concentrate on the fight. There’s not many things that can throw me off, I can calculate almost every scenario, but [the pandemic] got to me. We’d never been through anything like that before.” 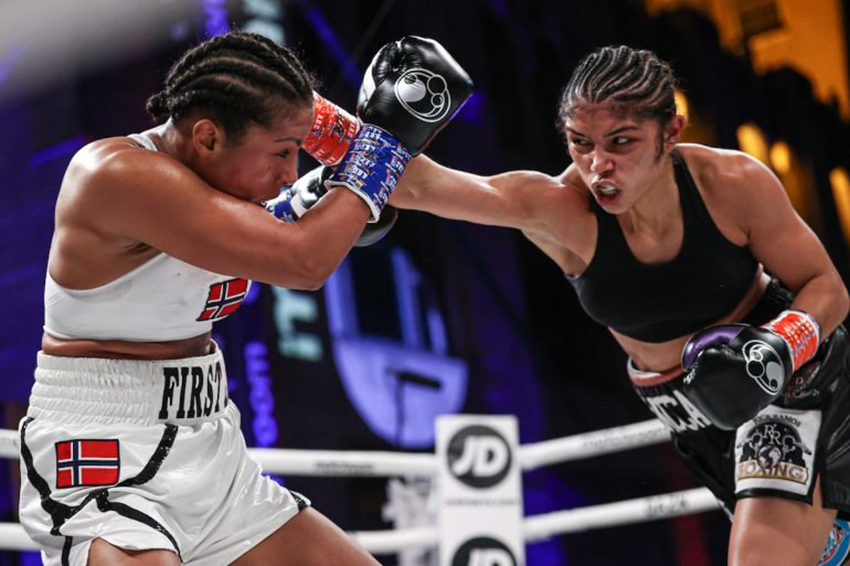 McCaskill was on the offensive throughout the 10-round welterweight clash with Braekhus, and the judges were suitably impressed with her tactics. Photo by Ed Mulholland/Matchroom

In the early rounds of the first encounter, Braekhus seemed to lack the accuracy and movement for which she’s become renowned. McCaskill attacked with abandon and the champion was denied the time and distance required to get her shots off. Was Braekhus flat, as she has suggested, or does McCaskill have her number? What if, in her quest for revenge, she’s drawn into the same type of fight in this rematch?

“I wasn’t really there in the fight and I don’t remember much. I went on experience and was like, ‘OK, I’ll just do what I have to do,” lamented Braekhus. “This time, I will find openings and I will go for them. I will get my shots [off] and I will block most of her punches. She was given credit for all [the punches] she threw [last time], so the scoring system was a little bit different. I still feel like I did enough to win, but it doesn’t really matter. On March 13 I will make it very, very clear – it will not be close.

“And I’m not emotionally involved. I tried to do a little bit of trash talking with her when we did the Zoom conference with Matchroom and (promoter) Eddie Hearn. They love trash talk, but it’s not really me. I didn’t enjoy it and it didn’t give me anything – positive or negative. It’s just dumb… but I hyped it a little bit for the fans. That’s fine, but it’s nothing that I like using my time on.”

If there was a silver lining in Braekhus’ first professional setback, it’s that the inaugural Ring Magazine women’s welterweight championship belt will be at stake this time around. McCaskill (9-2, 3 KOs) is rated No. 1 at and her challenger is No. 2. Braekhus doesn’t have much more to win now, but her tone change perceptibly when The Ring championship was mentioned.

“I’m very much looking forward to fighting for that belt,” said the ex-champ enthusiastically. “It’s an extra motivation to have the belt in the mix and it drives me to give that little bit extra in the gym. I was the first woman to get The Ring belt (women’s pound-for-pound), it’s a beautiful belt, and I’m very proud of being the first woman to receive it. I kind of feel like I have to go get this one. I feel that it’s my belt come March 13.”

Braekhus, 39, has had a wonderful career and is a lock for the Hall of Fame. She’s been crucial for the women’s game, a wonderful pioneer and ambassador without whom the sport could not have thrived in the same way. Despite her advancing years, however, “The First Lady” sounds in no hurry to hang up the gloves.

“I’ve been so long in this game, and I was there when professional boxing for women was very, very tough,” Braekhus recalled. “It was hard to survive, to make money, but I did it. I sold out arenas, I sold pay-per-views, but I was basically the only one. Being a part of this boom, being part of this explosion in women’s boxing is great, and there’s so many amazing female athletes out there. I get to spar with them, interact with them, and I see them on social media. To be part of that has rejuvenated me, so it’s hard for me to let go right now. This is something I’ve dreamed of for 20 years, so to say goodbye to that right now is tough. I think there are some really big fights out there for me.”

Juan Francisco Estrada-Roman Gonzalez 2, McCaskill-Braekhus 2 and Hiroto Kyoguchi-Axel Vega will be broadcast live on DAZN in the U.S. and the U.K.