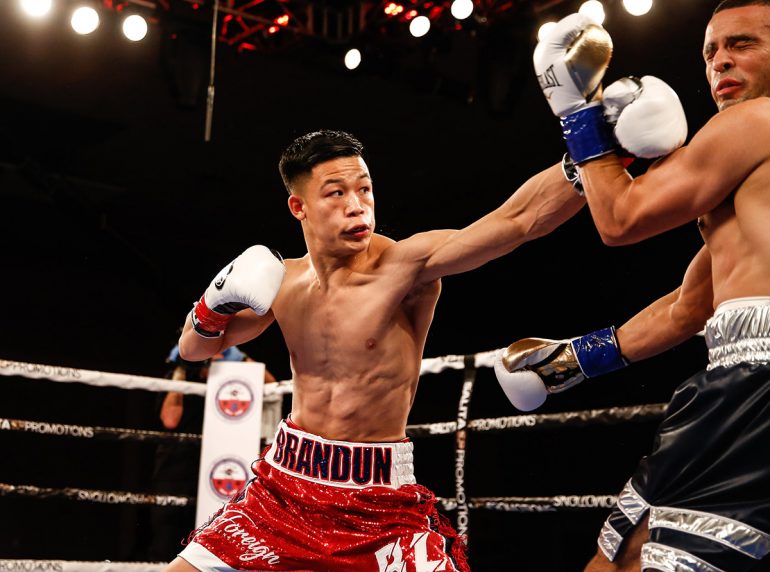 Lee, who won all four of his fights last year inside three rounds, is excited to kick off his 2021 campaign.

“I’m just glad I’m back on TV in the main event and all my fans can watch me live. I’m looking forward to going out there and doing what I do best, which is seek and destroy.”

The 21-year-old from Southern California readily admits the all-action Teah is the best fighter he’s fought so far and points to some of the wins on his opponent’s resume for reference.

“I think Samuel Teah is going to bring the talent out in me.” 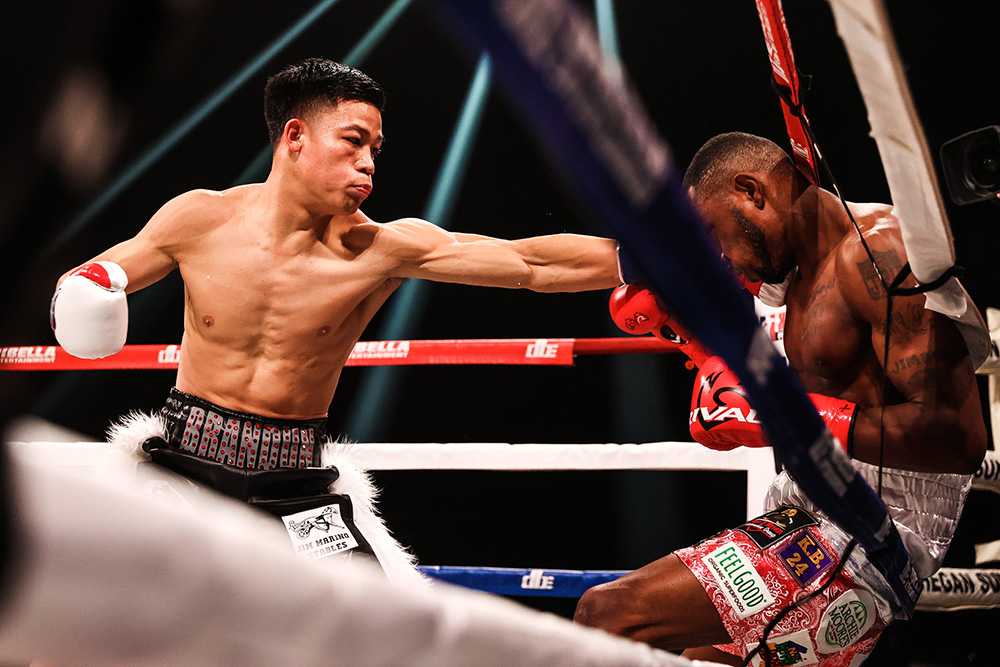 Lee only needed a minute-and-a-half to get the job done against Jimmy Williams.

Former Ring Magazine editor-in-chief Steve Farhood, who now serves as an on-air analyst for ShoBox, has called several of Lee’s fights and is looking forward to seeing how he handles the step up against Teah.

“In one sense this is the first real test for Lee because he’s in with a sturdy fighter who has an impressive resume of his own,” said Farhood. “If Lee takes out Teah in the manner that he’s finished most of his prior opponents, we’re looking at a legitimate and thrilling KO puncher.”

Lee, who weighed 143.6 pounds on March 2, says that despite having the pandemic in the back of his mind, he has kept his training regimen the same as it was pre-Covid.

“Training camp has gone well,” said Lee, who will travel cross-country to Connecticut on Sunday afternoon. “I’ve been in camp for eight or nine weeks. I’m conditioned, and the hard work has been put in. Luckily, none of my trainers, none of my sparring [partners] have gotten Covid. Covid-free this whole camp, so we’re blessed.”

The heavy-handed youngster has aspirations of claiming his first belt this year.

“I’m looking at the IBO world title,” he said. “Jaron Ennis, who is also promoted by Cameron Dunkin, went after the IBO welterweight title. We already knew who was going to win, but that headbutt [against Chris Van Heerden] happened and it was a no-contest.

“I’d like to get my hands on the IBO [junior welterweight] title by the end of the year. I definitely see myself fighting two more times.”

Lee’s promoter, Cameron Dunkin of D&D Boxing, expects his charge to continue to go from strength to strength.

“Brandun has grown so much over the past year,” said Dunkin, who is famed for guiding the careers of 35 world champions including Kelly Pavlik, Terence Crawford, Mikey Garcia and Nonito Donaire. “People forget he’s only 21. I think this year he can move from being a prospect into a young contender and maybe even a champion.”

Teah was born in war-torn Liberia but moved to Philadelphia when he was five years old. He took up the sport in his late teens and embarked on a boxing career in 2013. The 33-year-old has wins over the aforementioned Foster (UD 8) and Sims (UD 8) but suffered losses to the unbeaten Montana Love (MD 8) and Tre’Sean Wiggins (UD 10). Teah (17-3-1, 7 KOs) enters the fight on a two-fight win streak and has never been stopped.