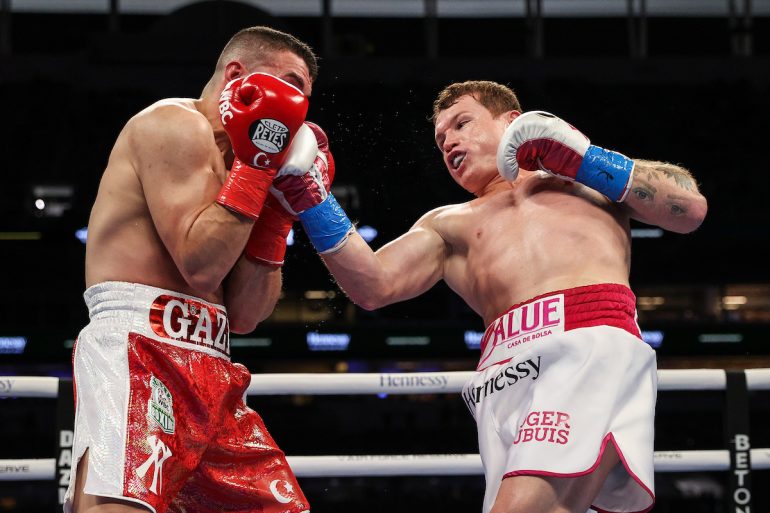 Canelo Alvarez, The Ring’s reigning pound-for-pound king and super middleweight champion, retained his Ring, WBA and WBC 168-pound titles with a third-round stoppage of Anvi Yildirim on February 27. The WBC-mandated title defense went as everyone in boxing expected it to, as Ring Ratings Panel member Anson Wainwright summarized:

“Canelo did what pound-for-pound guys do to anyone who is not world class, he obliterated the overmatched mandatory challenger. He broke more of a sweat walking to the ring. The positive thing is an active Canelo is good for boxing. It’s not like this fight means we won’t get to see him face one of the other top guys in and around his weight.”

Indeed, Alvarez (55-1-2, 37 KOs) is scheduled to face unbeaten WBO titleholder Billy Joe Saunders on May 8. Saunders (30-0, 14 KOs) switched places with Anthony Dirrell (33-2-2, 24 KOs) in The Ring’s super middleweight rankings after Dirrell, who hadn’t fought since a ninth-round stoppage to David Benvaidez in September 2019, was held to a draw with unrated Kyrone Davis (15-2-1, 6 KOs) the same night that Canelo thrashed Yildirim. 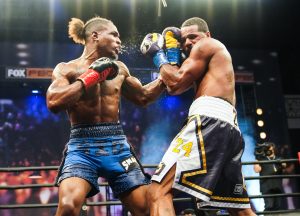 Wainwright suggested that the 36-year-old former beltholder, who was the No. 4 contender going into the Davis fight, drop one place below Saunders.

“I wouldn’t bring Davis into the top 10,” Wainwright added “He had no resume at 168 pounds before this fight. He is someone to keep an eye on more than anything.”

“I see no reason to lower Dirrell,” Abramowitz said. “Most on my (Twitter) timeline thought he won the fight. I had him winning 117-111. The unofficial scorer on TV had him (winning) 116-112. He also has done much more at super middleweight than Saunders.”

Abramowitz’s take was seconded by Diego Morilla. Wainwright was supported by Martin Mulcahey.

The same day as Canelo-Yildirim and Dirrell-Davis (but well in advance due to taking place in New Zealand), former heavyweight titleholder Joseph Parker (28-2, 21 KOs) earned a unanimous decision over previously unbeaten but unrated countryman Junior Fa (19-1, 10 KOs). Wainwright suggested Parker advance on spot in the rankings, which was briefly questioned by Managing Editor Tom Gray.

“I don’t think Parker would expect to move up a spot after his performance,” said Gray. “He can perform better than he did against Fa.”

“I’m fine with Parker moving up. Plus, he has the head-to-head win over Ruiz.”

“Solid reasoning. Ruiz’s lofty ranking is solely down to the Joshua upset, but that was avenged in the rematch and Ruiz looked beyond awful that night. I’m definitely not against Parker going up a spot if that’s what we decide. He does have the win over Ruiz, albeit four years ago.”

Morilla and Mulcahey were in favor of moving Parker up one spot.

Pound for pound – Alvarez remains No. 1.

Heavyweight – Parker advances one spot to No. 6.

Junior bantamweight – Francisco Rodriguez Jr. remains at No. 7 following a 10-round decision over unrated Martin Tecuapetla.

Strawweight – Rene Mark Cuarto enters at No. 9 following a close IBF title-winning decision over Pedro Taduran, who drops to No. 10.