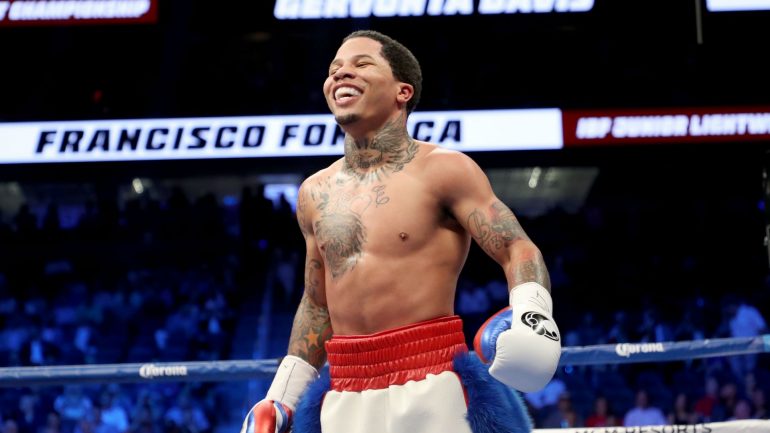 The return of Gervonta Davis could happen a few rungs up the weight ladder.

According to The Athletic’s Mike Coppinger, a secondary junior welterweight title fight is being discussed that would pit “Tank” Davis against WBA “regular” titleholder Mario Barrios.

Davis (24-0, 23 KOs), who holds a junior lightweight title and a secondary strap at 135 pounds, would move up two weight classes for the bout. The 26-year-old is coming off a one-punch knockout of former champion Leo Santa Cruz in October.