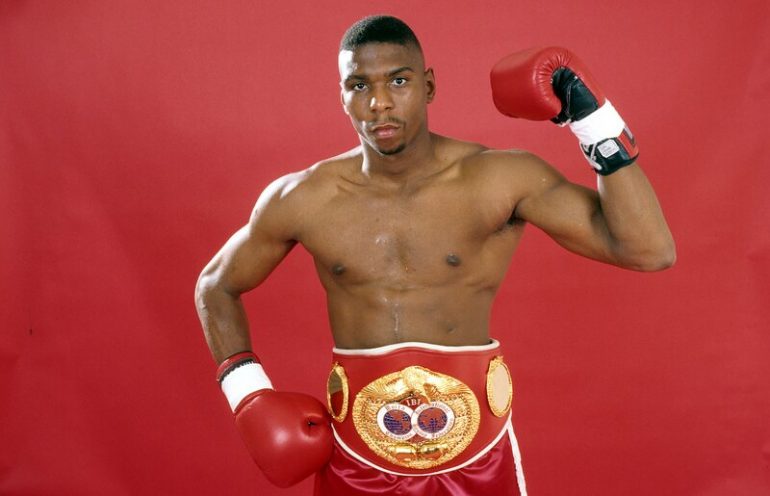 Photo from The Ring archive.
01
Mar
by Anson Wainwright

Charles Brewer was a talented boxer-puncher who held the IBF super middleweight title in the late 1990s and regularly tested the best fighters in the division during a productive 16-year career.

Brewer was born on October 15, 1969. He was the middle child of three and grew up in notoriously tough North Philadelphia.

“I was lucky enough not to be engaged in gang activity, but it was dangerous,” Brewer told The Ring. “It was an environment that was encompassed by negativity. It was not a place you wanted to be hanging out late at night.”

His parents were positive role models. His father worked in construction, while his mother took care of the family.

“Coming up in the city of North Philadelphia, you either learn how to fight or to run,” Brewer said. “I learned how to do a bit of both. You have neighborhood bullies, so at a young age it was important that you learn self-defense. My mom was the one who took me to the gym at the age of eight.”

By the time he was 12, Brewer has drifted away from boxing to focus on his academics. However, a few years later he went to the gym with a friend and met respected former middleweight contender Bobby “Boogaloo” Watts and soon became a regular.

Brewer had a modest 14-3 amateur career, but he did win the Pennsylvania Golden Gloves.

“I trained at 23rd PAL. We had some of the best amateurs in the country and we had some pros,” said the former titleholder. “The training I had gotten from a lot of the other amateurs, who were international athletes, helped me a whole lot in my preparation for the professional conversion.”

Fighting exclusively on the East Coast as a middleweight, Brewer progressed until his career hit a road bump.

“I was 14-0 and I was in with a guy, Robert Thomas, who I didn’t particularly see as any kind of challenge to me,” Brewer said. “In fact, he really wasn’t, but what I learned from that fight was it was my introduction to boxing 101. It wasn’t a close fight; you’d have to be blind to see him winning. He won a split decision.” 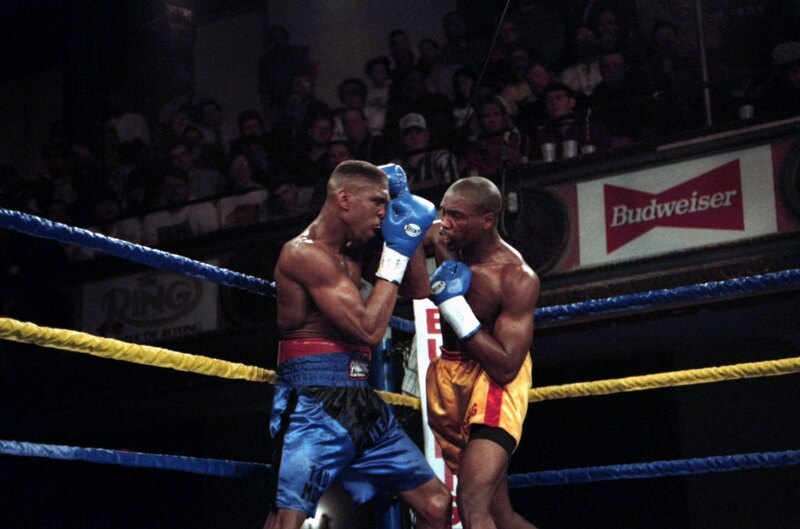 From there, Brewer undertook a metamorphosis from boxer to seek-and-destroy puncher. He won eight consecutive fights, all inside the distance, mostly at his home-away from-home, the historic Blue Horizon.

However, Brewer endured a difficult 1994, losing three of four contests, one of which was a shockingly first-round stoppage defeat to Lonnie Beasley.

“I take nothing away from Lonnie Beasley,” he admitted. “He threw the perfect shot at the perfect time and he was lucky enough to have caught me with it.”

That setback was followed by Rafael Williams stopping him in six rounds.

Shortly thereafter Brewer stepped up to super middleweight and following a routine win he was edged out by the unbeaten Rodney Toney via 10-round split decision.

To his credit, Brewer rebounded to win the USBA 168-pound title, shutting out Frank Rhodes. He made one successful defense against Greg Wright and found himself well positioned by the IBF.

“I thought Roy [Jones Jr.] was next,” Brewer recalled. “But I got word Roy was moving up to light heavyweight and vacating. I was like, ‘What? Who am I fighting?’ Gary Ballard. I’m like, ‘Gary who?’ I said, ‘He might as well stay home. That title is coming home with Charles Brewer.'”

The two met at the Sun Dome in Tampa, Florida in June 1997 and Brewer quickly made good on his promise.

“It turned out to be a fight where, as far as I’m concerned, he could literally have stayed at home,” said Brewer, who stopped Ballard in five. “All the hard work and preparation and commitment and sacrifices had paid off.”

“The Hatchet” retained his title, widely outpointing Joey DeGrandis in the only world title fight to ever take place at the Blue Horizon.

In March 1998, he recovered from two trips to the canvas to stop slick English boxer Herol Graham in 10 rounds in the chief support to Lennox Lewis-Shannon Briggs brawl in Atlantic City.

“[Ottke] got where he was because he was in Germany,” said still disgruntled Brewer. “As far as I’m concerned, he’s a piece of shit. That night he was given my title. They stole my title. He didn’t outbox me, he didn’t outpunch me. The fight was terribly scored, and I should have come home with my title.”

After three stay-busy wins he lost the rematch, again by split decision.

Upon his return, Brewer dropped Antwun Echols three times in the second round before being  stopped in the following session in a firefight.

He bounced back to defeat Fernando Zuniga for the NABF title and was subsequently offered the chance to fight then-WBO beltholder Joe Calzaghe in Cardiff, Wales in April 2002.

“I had never heard of Calzaghe when the fight was brought to my attention,” admitted Brewer, who dropped a unanimous decision in a fan-friendly encounter. “The fight was a barnburner; we went at it for 12 rounds.”

Brewer fought a handful of times after that loss but freely admits he wasn’t the same fighter after Calzaghe. He decided to retire after losing back-to-back fights in Europe in 2005.

Now 51, Brewer is married and has three children. He lives in Merchantville, New Jersey, just outside Philadelphia. He owns a beauty parlor, “Jazzy Shears”, with his wife and is still involved in boxing through his son who made his pro debut last year.

Brewer graciously took time to speak to The Ring about the best he faced in 10 key categories.

BEST JAB
Herol Graham: The jab coming from a different angle (Graham was a southpaw) posed a bit of a problem for me in trying to make the adjustment of timing it, counterpunching off of it and just being out the way of it altogether.

BEST DEFENSE
Joe Calzaghe: Absolutely Calzaghe. A good offense is a good defense and he would be the prime case in that particular instance. Calzaghe throws punches from all angles at a high rate. His offense was his defense.

FASTEST HANDS
Calzaghe: It would have to go to Calzaghe. Through my aggressiveness I was able to counter my opponents easily and take the lead. Speed didn’t pose much of a problem to me. Calzaghe, however, was a bit different. The speed was there and he may have had the edge on me in speed.

BEST FOOTWORK
Graham: It would be between Graham and Calzaghe, but Calzaghe is not much of a mover. He will stay in close contact and engage. It wasn’t as much a cat and mouse game with him. Herol Graham, this guy was a headache-and-a-half. The style he had made it very complex to try and set up shots, take the lead with shots, all the while being concerned with him counterpunching.

SMARTEST
Graham: It’s between Calzaghe and Graham. They were probably the two craftiest fighters I fought throughout my career. Calzaghe with the speed and being a southpaw, and me trying to adapt and adjust. He posed a serious problem for me because of the style he had. Herol Graham was a headache, but applying pressure gave me the opportunity to catch him later in the fight. I would have to go Herol Graham.

STRONGEST
Frank Rhodes: Going 12 rounds, we exchanged shots time and time again. I landed a lot more and he would be one of the stronger opponents I had.

BEST CHIN
Antwun Echols: I hit him with some shots that put him down and he was able to hop right back up. [He was] able to take those shots, get knocked down, then comeback and land that one power shot.

BEST PUNCHER
Echols: He was known as a devastating puncher… knocking guys out, and unfortunately our fight was stopped and I was the loser.

BEST BOXING SKILLS
Graham: That would be between Graham and Calzaghe. They were both southpaws. Joe had the faster hands. The style Graham had as a southpaw is very unorthodox, it’s aggravating trying to time this guy, the way he moves. The conventional way of an orthodox fighter trying to fight a southpaw wasn’t working. Shoot the right hand, right hook, right uppercut, overhand right, you’d throw against Calzaghe because he’s going to be there. Herol Graham, on the other hand, is going to pick his shots and be more elusive. I would give it to Herol Graham.

BEST OVERALL
Calzaghe: I would have to go to Calzaghe. That would be the highlight of my career, getting in the ring with him and his status. He’s a competitor. I give him huge credit.