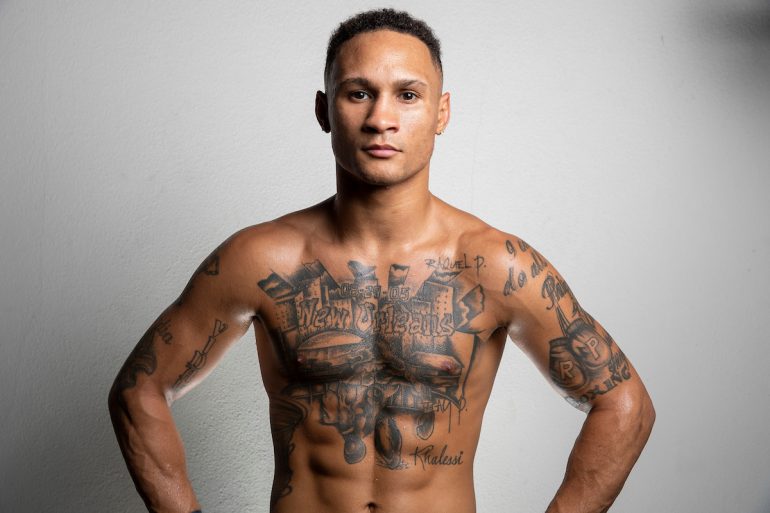 The Athletic’s Mike Coppinger was the first to report that the fight was made.

The 10-round bout will take place at a still-to-be-determined venue in Atlanta on the same Triller card that will feature Jake Paul-Ben Askren. Also penciled in to take place that night will be Teofimo Lopez defending his Ring Magazine lightweight championship and world title belts against IBF mandatory challenger George Kambosos Jr.

Prograis (25-1, 21 knockouts), who is originally from New Orleans and now resides in Houston, suffered the first loss of his pro career in October 2019, when he surrendered his WBA title to Josh Taylor via majority decision in a unification fight. He returned to the ring one year later and stopped Juan Heraldez in three rounds.

The victory over Heraldez marked Prograis’ only fight for Premier Boxing Champions. The 32-year-old, who is managed by Sam Katkovski, had been promoted by Lou DiBella for several years.

Prograis will face a southpaw in Redkach, who has had mixed results in recent fights.

Originally from the Ukraine and now residing in Los Angeles, Redkach (23-5-1, 18 KOs) has not fought since losing by unanimous decision to former two-weight world titleholder Danny Garcia on January 25 of last year. Redkach had won his previous three fights, including a come-from-behind knockout victory over former titleholder Devon Alexander in June 2019.

The 34-year-old has faced and lost to Tevin Farmer, Argenis Mendez and John Molina Jr.