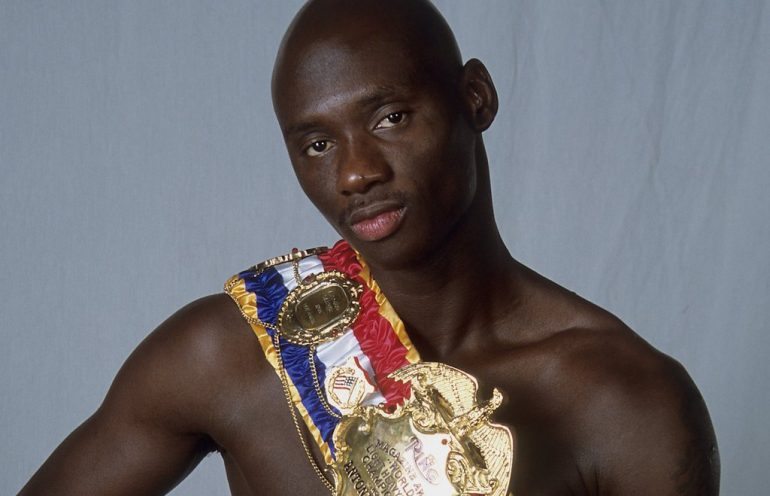 Photo from The Ring Archive
26
Feb
by Ryan O'Hara

The Magic Man will return for another act in the ring.

Former light heavyweight titlist Antonio Tarver will square off against Frank Mir in a 10-round bout on April 17 in the chief support bout to the Jake Paul-Ben Askren fight on Triller pay-per-view in Atlanta.

“Show me my opponent,” Tarver said in a video posted Monday. “I’m back.”

“I am a competitor. I have been all my life,” Mir stated on social media Thursday. “I take on challenges to grow and better myself as a person. I have always wanted to test myself in the boxing ring, so when this opportunity arose, I jumped on it. See you April 17th, Antonio Tarver.”

Tarver (31-6-1, 22 KOs) has not fought since August 2015, when he fought former cruiserweight champion Steve Cunningham to a draw.

However, it was revealed after the fight that Tarver had tested positive for two banned substances in his pre-bout drug exam, which marked the second time in three years that the Florida native had failed a drug test.

Despite his troubles, Tarver is undefeated in his last six bouts since dropping consecutive fights to former titleholder Chad Dawson in 2008 and 2009.

Tarver, a 1996 Olympic bronze medalist, collected his signature win against Roy Jones Jr. in the second of their three-bout trilogy. After losing a competitive majority decision in 2003, the now-52-year-old knocked out Jones in the second round with a razor left hand. In their final encounter, Tarver won a unanimous decision.

Mir (19-13) last fought in October 2019 when he outpointed Roy Nelson in a Bellator main event in Connecticut.

The 41-year-old Mir holds the record for the most finishes and submissions in UFC history.