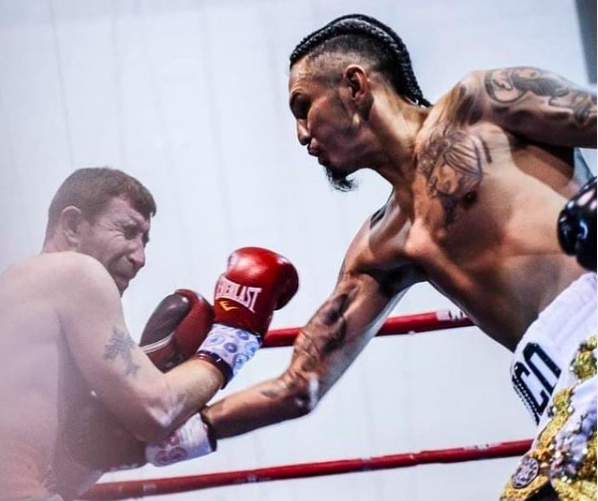 Noe Lopez is looking to throw a wrench into the promising career of Vito Mielnicki.

A full-time mechanic, Lopez is the owner of Noe’s Auto Repair in Houston, Texas. “Mechanic and boxing,” he stated. “That’s all I have been doing since I was 14 years old.”

But on Saturday, instead of fixing a motor, Lopez aims to beat the brakes off the unbeaten Mielnicki when they square off in a scheduled eight-round welterweight contest on the undercard to the WBC super middleweight title eliminator featuring Anthony Dirrell vs. Kyrone Davis at Shrine Exposition Center in Los Angeles. 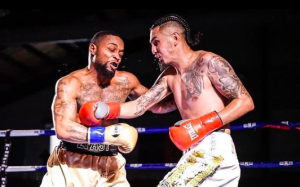 Lopez took the L in this November 2020 bout versus Joseph Francisco in Alabama but insists he will give Vito the business on Saturday in Cali.

“I don’t really think he knows how to fight, period,” he said of New Jersey’s Mielnicki (7-0, 4 KOs). “I’ve seen who he has been up against, and they all just lay down for him.”

Lopez (10-3-1, 4 KOs) was particularly critical of Mielinicki’s last performance, a six-round unanimous decision over Steven Pulluaim, in which the 18-year-old scored two knockdowns but was unable to secure the knockout.

“He should have got rid of that guy,” he added. “But he couldn’t get rid of him. He didn’t have it in him.”

A native of Jalisco, Mexico, Lopez, who has dropped two of his last four fights, told The Ring that not only will Mielnicki be in his “first real fight,” he also believes that he has what it takes to put him on the canvas.

“This will be the first time that he gets pushed over his limit,” Lopez claimed. “He’s expecting an easy fight, but I guarantee you that is not what he’s gonna get.”

Lopez believes Mielnicki is “a well-rounded kid,” but lacks experience. “I don’t think he has really been punched in the mouth and forced to dig deep,” he continued. “I’ll push him to his limit, and we’ll see what he’s got in the tank.”

Normally a junior welterweight, Lopez said the move to 147 pounds was a long time coming. “I have struggled these last couple fights trying to make 140,” he admitted. “A few fights ago, I fought at a catchweight at 145 pounds.

“Vito is a big kid, but I don’t think the weight will make much of a difference. I train with big guys anyway.”

Lopez also noted that for a fighter that stands at 5’11”, Mielnicki, who had an outstanding amateur record of 147-22 and was a four-time Junior National Golden Gloves champion, doesn’t have the longest reach.

“He has a 69-inch reach, and I think mine is around 74-inches,” he explained. “We’re going to take advantage of it.

“Our goal is to stop him in the later rounds.”