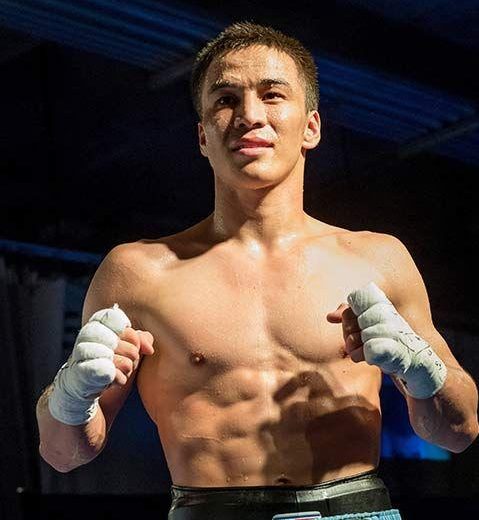 Batyrzhan Jukembayev has been compared to Gennadiy Golovkin and he looks a little like a young Jean-Claude Van Damme. What’s more is the junior welterweight southpaw from Kazakhstan can fight, too.

Jukembayev (18-0, 14 knockouts) has made a major move recently, signing with California manager Rick Mirigian, Jose Ramirez’s noted manager who was a 2020 BWAA Manager of the Year candidate. MTK will act as an adviser to Jukembayev and Mirigian the manager of record.

“Batyr has flown under the radar, but at 18-0, with 14 KOs and ranked in the Top 10 across the board at 140, his time has come for the big stage,” Mirigian said. “He now lives in the USA, trains with coach Manny Robles and I look forward to working with Camille (Estephan) and Eye of The Tiger (Promotions out of Canada), which developed him and has done an incredible job to secure him some big fights soon. I think we have a possible Triple GGG here on our hands in the future.

“With MTK as an advisor Batyr now has the complete team to succeed.”

Jukembayev, through an interpreter, stated, “I am very happy to work with Rick Mirigian. I chose to work with Rick based on his resume and ability to put together top-level fights. He has a great reputation and one of the best stable of fighters. We have a good communication; he is always available and gets things done.”

The 5-foot-7 Jukembayev has been referred to as “the next GGG,” in reference to the IBF middleweight titlist. It’s interesting that one of the handful of visits Jukembayev made to the United States was to attend the Canelo Alvarez-GGG II in Las Vegas in September 2018 and once attended a training camp in New-York two years ago.

“I decided to re-locate in the Unites States, because that’s the mecca of boxing,” Jukembayev said. The best fighters train here and that’s where I need to be. As of now, I’ll be living and training in California. We will see how it goes and eventually I would like to bring my family here (with his wife and son).”

Jukembayev says he wants to get in three to four fights this year. Last year, due to the COVID-19 pandemic, he was only able to get in one.

“I have a new trainer in Manny Robles and with my manager Rick Mirigian we will work on a plan (towards a title),” Jukembayev said. “I feel ready to fight against the top guys in my division. I have a great amateur background and 18 fights as a professional. I can’t say right now when, we will assess it with my team, but I am definitely close to a title shot.”