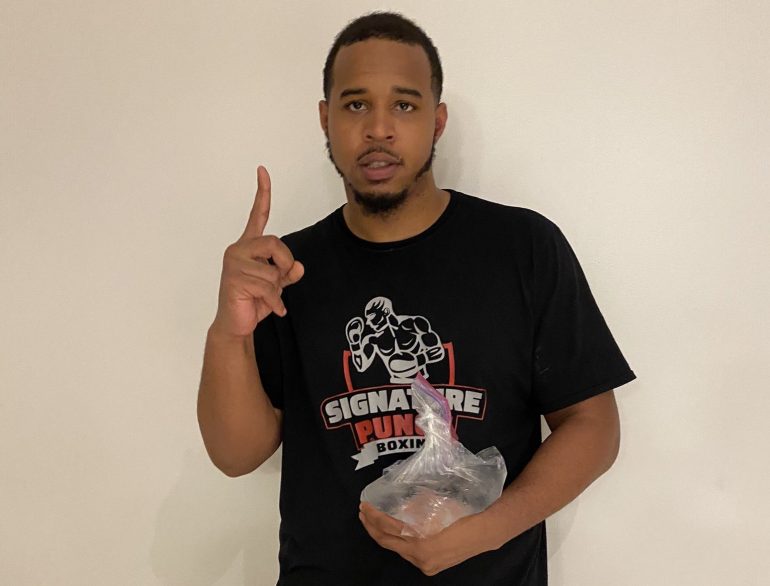 MIAMI – It was just the second pro outing for heavyweight Cortez Dunston, and he already had things to critique about his performances. The defense was there, as he made Joseph Coats miss and look every bit as amateurish as the North Carolina resident truly was, but wasn’t able to make him pay.

Still, he got the unanimous decision on Saturday night at the Doubletree Miamimart Hotel, winning 40-36 on two cards and 39-37 on the third.

“I wanted the knockout,” said Dunston, a 6’5″, 270-pound heavyweight who is originally from Baltimore but now lives and trains out of Tampa, Fla. “I should have knocked his ass out but he got lucky tonight.”

Dunston says the highlight of his amateur career was competing at the USA Boxing National Championships, where he placed third. “I saw my competition for the next ten years,” said Dunston.

The 26-year-old big man has an interesting story. Born in Baltimore, he started boxing in Philadelphia after running away from home to live with his mother in the City of Brotherly Love. He wasn’t always making the best decisions, as evidenced by the time Jesse Hart, then a rising prospect signed with Top Rank, confronted him.

“Jesse Hart caught me smoking one time. He cussed me out,” said Dunston, who is signed to Signature Punch Management. “He turned around and gave me like $40 and said go get some food or something. That changed my life right there.

“If he believed in me, I could believe in myself.”

Dunston says he’s learned a lot about boxing since turning pro, including the need to train harder to avoid making any costly mistakes. He says he’d previously never trained seriously for an amateur bout, but has been training harder than he’d ever trained since turning pro last November.

Dunston will try to apply some of the lessons he’s learned in his next bout, which is scheduled for March 27 in Atlanta.