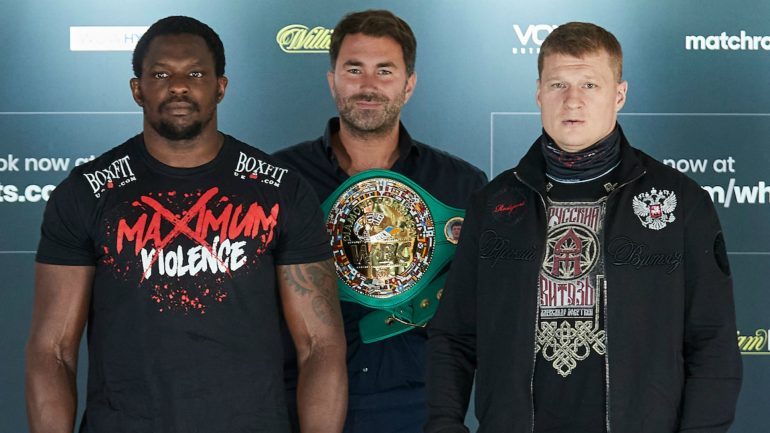 The heavyweight rematch between Alexander Povetkin and Dillian Whyte has been moved back three weeks and is heading to Gibraltar – and it will be known as the Rumble on the Rock. The original March 6 date was laced with travel difficulties due to COVID-19, and the bout now takes place on March 27. Sky Box Office and DAZN will broadcast.

Whyte is training in Portugal and would have had to quarantine in a hotel for two weeks upon returning. So the fighters are heading to Gibraltar instead of the Wembley Arena.

Promoter Eddie Hearn said: “In the current environment we are always having to think on our feet. We did everything to try and make March 6 happen, but with the new travel restrictions it was impossible. Now we have something outside the box, compelling, and a unique setting for one of the heavyweight fights of the year – roll on the Rumble on the Rock!”

Povetkin and Whyte are rated No. 3 and No. 4 by The Ring at heavyweight, respectively.