Richard Brewart Jr. fights for a deeper cause 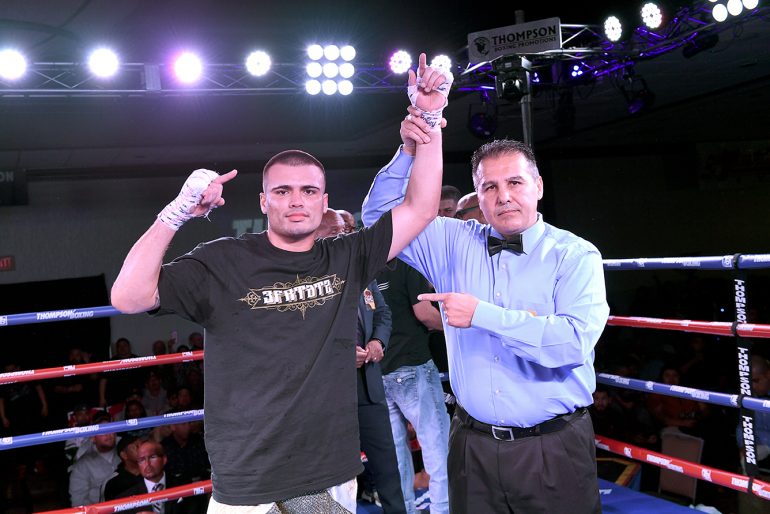 These are the stories that get lost or glossed over. They don’t fit the national narrative of boxing. Locally, it may receive a handful of graphs in the lower right-hand corner of page 38 of some community newspaper, next to a super market ad.

Richard Brewart Jr. could care less. He doesn’t do what he does for attention.

No one sees him getting up each morning, beginning the same sweaty, arduous task of preparing his 45-year-old uncle for his day. Sometimes Brewart rolls out of bed, and he doesn’t feel up to it. Other days he does, dragging his tired legs to the kitchen and then to the bathroom.

Regardless of how the 22-year-old junior middleweight feels, he’s there for his Uncle Robert, who suffers from a rare inherited disorder called ataxia-telangiectasia, which affects the nervous system, immune system, and other body systems. This disorder is characterized by progressive difficulty with coordinating movements (ataxia) beginning in early childhood, usually before age 5.

That means Brewart cooks for and feeds his uncle, showers him, assists him in the bathroom. He’s been doing it ever since he was 14. When he’s not doing that, he volunteers his spare time to working with special-education children.

On Sunday afternoon, Brewart (8-0, 4 knockouts) will return to his main job. He will be in the main event against Nathan Weston (6-0-2, 2 KOs) in a six-round, contracted 156-pound bout on the Thompson Boxing Promotions “3.2.1 Boxing” card from the Omega Products International Event Center in Corona, California (3:30 p.m. PT/6:30 p.m. ET). The free stream will air live on the Thompson Boxing Promotions website, as well as their Facebook and YouTube pages, in addition to FightHub TV. 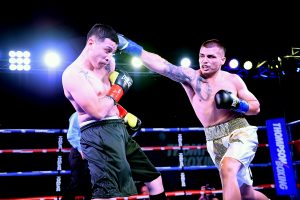 Richard Brewart Jr. is aiming for a big year in 2021 (Photo by Carlos Baeza-Thompson Boxing Promotions).

Taking care of someone physically handicapped can take a substantial toll psychologically and emotionally on a caregiver, not to mention the physical demand—especially for someone who’s supposed to be conserving their energies for boxing.

“Picking up and moving my uncle sometimes does take a toll on me, but I’ve gotten used to it,” Brewart admitted. “My uncle is an inspiration to me, and I try to make things as easy for him as I can. Everything I do, I do for him, and for my family. God blessed me with being able to walk, and run, and fight.

“Once I make it in boxing, I want to make sure he’s living the best life he can. Working with him, he inspired me to begin working with the special-ed kids.”

The 5-foot-10 Brewart can relate somewhat to what special-needs children endure socially. You see, Brewart received a little dose of scrutiny himself growing up. When he was 12, he was 160 pounds, around his fighting weight today. His father, Richard Sr., once weighed over 400 pounds at a height of 5-foot-11.

Brewart would feel the stares on the back of his neck when he was out in public with his father.

“I remember one time when I was around five or six, I hit another kid with a plastic shovel in the head at school for calling my dad fat,” said Brewart, laughing. “I remember getting in a lot of trouble for that. But people would always stare at us when we were out.”

Being heavy at a young age is what led Brewart to boxing.

“I decided I had to do something about it, so I asked my parents if I could box,” Brewart recalled. “I remember the first time I walked into the gym with my dad. I remember standing close by him, I was so nervous. I was worried, because of my weight, that I would be made fun of for being heavy.

“I was never made of fun too much in school, but when I was out, kids would say mean things to me. I started boxing and lost a lot of weight fast. I went from 160 pounds and I got down to about 115 in four or five months.”

It became a part of Brewart’s lifestyle. His confidence began to build. He became more accepted. His social status changed, too.

“A lot of those kids who made fun of me tried to be my friend and I wanted no parts of them,” said Brewart, laughing. “Something I noticed fast: The kids that used to call me fat stopped. I can laugh about it now, but I look at it like a blessing. If I wasn’t a heavyset kid, I might not have ever started boxing.

“It bothered me when other kids called me fat. That always stays with you. But I decided to do something about it. I decided to change.”

Henry Ramirez trains Brewart. He’s known Brewart since he first stepped in the gym. The pair have worked together for the last five years.

“When Richard first came to me, he was around 17 and had a .500 amateur record. He was a kid that was a little unsure of himself,” Ramirez said. “Over the last few years, he’s progressed really well and has turned into a really good little fighter. When Richard got here, he tried to brawl a little bit.

“We’ve turned him into a boxer-puncher. From the first time I met him, Richard has done a lot of growing up physically. He’s a special, special kid. He has a bright future ahead of him. He works hard and he has great character. He has good pop in his right hand. He’s not great at one thing, but he’s good at everything. Richard can be very good, if he continues traveling on the path that he is on.”

Outside the ring, there’s no question about the road Brewart is on.