Both hungry for contention, Pablo Cesar Cano and Jonathan Navarro to clash on March 20 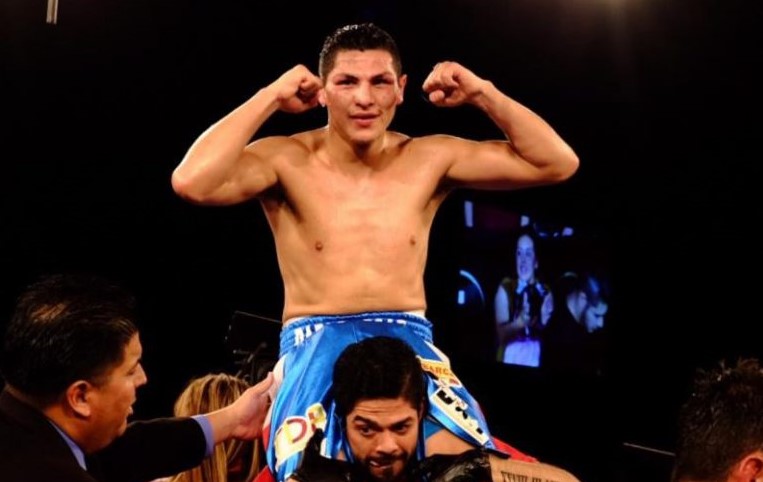 The 10-round bout will take place at Dickies Arena, in Fort Worth, Texas, and will precede the main event bout between unbeaten welterweight Vergil Ortiz Jr. and former WBO junior welterweight titleholder Maurice Hooker.

The Cano-Navarro fight will replace the United States debut of heavyweight prospect Arslanbek Makhmudov, who will now return to the ring in April. Golden Boy will formally announce whom the Russia-born fighter will face at a later date.

The clash between Cano and Navarro will be a consummate matchup between an unbeaten yet untested fighter in Navarro against Cano, who has fought and beaten some of the best fighters at 135 and 140 pounds. Both fighters are aggressive boxer-punchers, throwing a high volume of punches, which should make for a compelling fight.

“This co-main is a Golden Boy special – two guys who can crack, don’t take a step backwards and are always going for the knockout,” said Oscar De La Hoya, Chairman of Golden Boy. “With both guys having been off for more than a year due to COVID-19, each is hungry for a win and to position themselves in the mix at the top of the super lightweight division.”

Cano (33-7-1, 23 knockouts), who resides in the Mexico City suburb of Tlalnepantla, has not fought since November 2019, overcoming a knockdown in the opening round to stop Roberto Ortiz in Round 2. Less than 10 months before the Ortiz fight, Cano scored the biggest win of his career on paper, dropping former Ring Magazine lightweight champion Jorge Linares three times to win by TKO in Round 1.

Having won his last three bouts since back-to-back losses to Fidel Maldonado Jr. and Marcelino Lopez, in 2017, Cano believes a victory over Navarro would propel him into title contention.

“I am very happy to be returning on such an important card on March 20,” said Cano. “I am delighted for the chance to be active once again, especially because of all that has happened due to the pandemic. I am motivated and I have a positive mentality. I’m going to make sure I train very hard to be at optimum shape on fight night.”

Navarro (17-0, 9 KOs), who resides in East Los Angeles, California, knocked out Lebin Morales in his most recent bout in October 2019. Navarro’s best win to date as a pro came in August 2018, when he knocked out Damon Allen in a clash of unbeaten junior welterweight prospects.

Now managed by Rick Mirigian, the 24-year-old is confident he will continue fighting on bigger platforms should he notch an impressive victory over Cano.

“I am very excited for this fight,” said Navarro, who is trained by Robert Garcia. “This fight will be a big step up for me and it will bring me closer to becoming a world champion. We are working very hard back at camp and making sure we are prepared for Cano. I’m coming to make a statement in the 140-pound division. I will let everyone know that I’m coming for a belt very soon.”