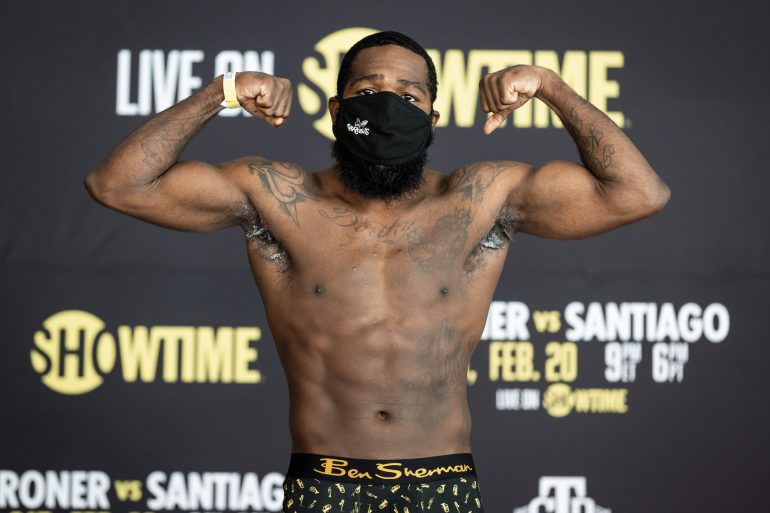 Adrien “The Problem” Broner (33-4-1, 24 knockouts) made weight on Friday for his return to the ring after a two-year sabbatical, facing Jovanie Santiago (14-0-1, 10 KOs) in a 12-round welterweight feature bout on Showtime’s Championship Boxing (9 p.m. ET/6 p.m. PT) in a Premier Boxing Champions event from the Mohegan Sun Arena in Uncasville, Conn.

Here are the weights for the TV fights: